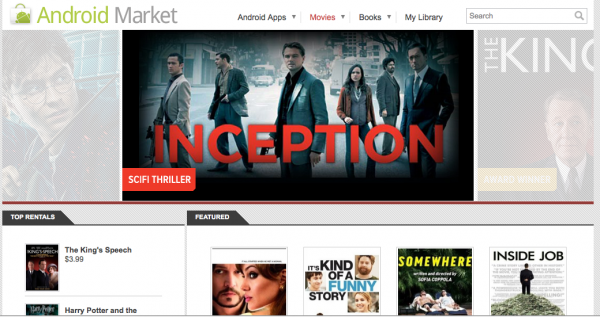 Today was the first day of Google I/O conference which is an annual event held by Google for developers. Google always introduce some new stuff at the event, and today they announced a lot of new things. We just told you that Google officially unveiled Google Music Beta, which is Google’s cloud based online music streaming service. Google also announced Google Movies for Android, and this service will be available for both smartphones and tablets. Users will be able to rent out movies only for $1.99 and they can download it directly from Android Market. And if you are thinking that rental period is only for 2-3 days or hardly a week, then you are thinking wrong because Google is offering a rental period of 30 days. Well, once the movie is started, you have to watch it in 24 hours, and it can be stored for offline playback too. It’s currently available for users with XOOM updated to 3.1 version, which was also launched today and is available for Verizon Motorola XOOM. It will be available for Android 2.2 in couple of weeks.

So do you think that smart move by Google is really smart?