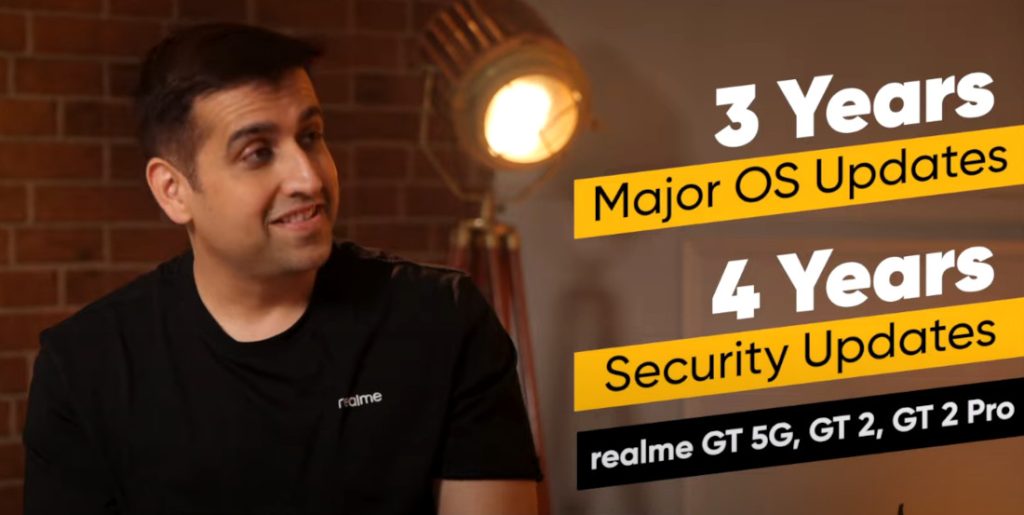 realme already confirmed at the global launch of the GT 2 and GT 2 Pro that  the phones that run Android 12 with realme UI 3.0 will get 3 Android OS updates and 4 years of Android security patches. realme VP, Madhav Sheth in the most recent episode of his YouTube series, “AskMadhav” confirmed that the realme GT 5G that was launched last year running Android 11 with realme UI 2.0 will get the same treatment in terms of updates.

The company usually offers 2 years of major OS updates for its flagship phones, but with the new move, the GT 5G will get 2 more years of Android updates and 3 more years of security patches.

The realme GT 2 5G was one of the first phones to get Android 12 beta, and the company rolled out Android 12 realme UI 3.0 stable update for the phone back in December. The company has not revealed any new plans regarding the Android 13 update for its phones, but it released Android 13 developer preview for the GT 2 Pro recently.

realme VP also confirmed that the GT Neo 3T will launch in India sometime later this month, and the exact date of launch will be announced soon. He also said that the company is will launch more 5G phones.