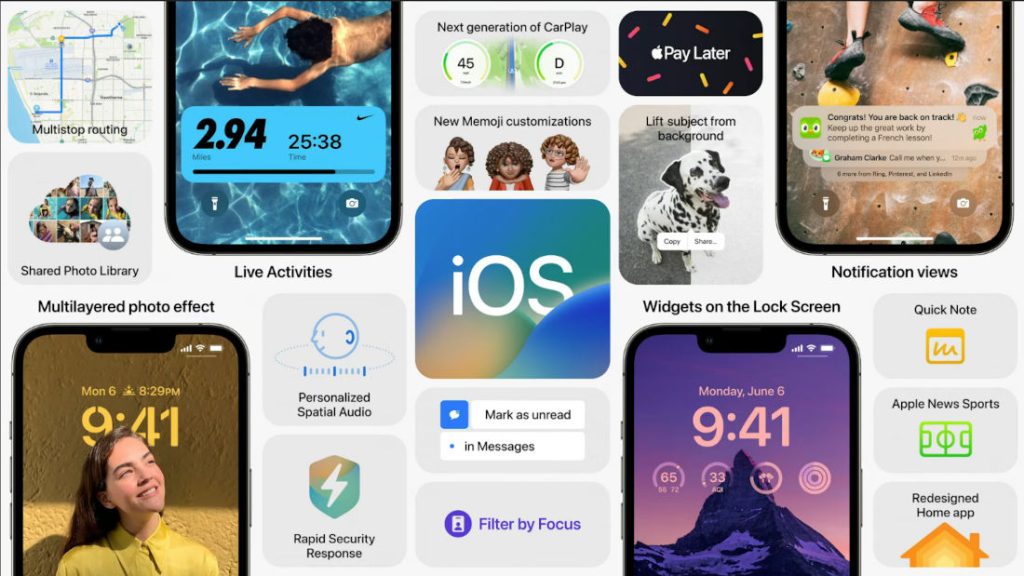 Apple held their keynote event for WWDC 2022 yesterday. At the event, they unveiled the next version of their iPhone’s operating system, called iOS 16. It features a new Lock Screen with support for widgets, support for iCloud Shared Photo Library, an enhanced Visual Look Up feature, an updated Messages app, Mail app and more. 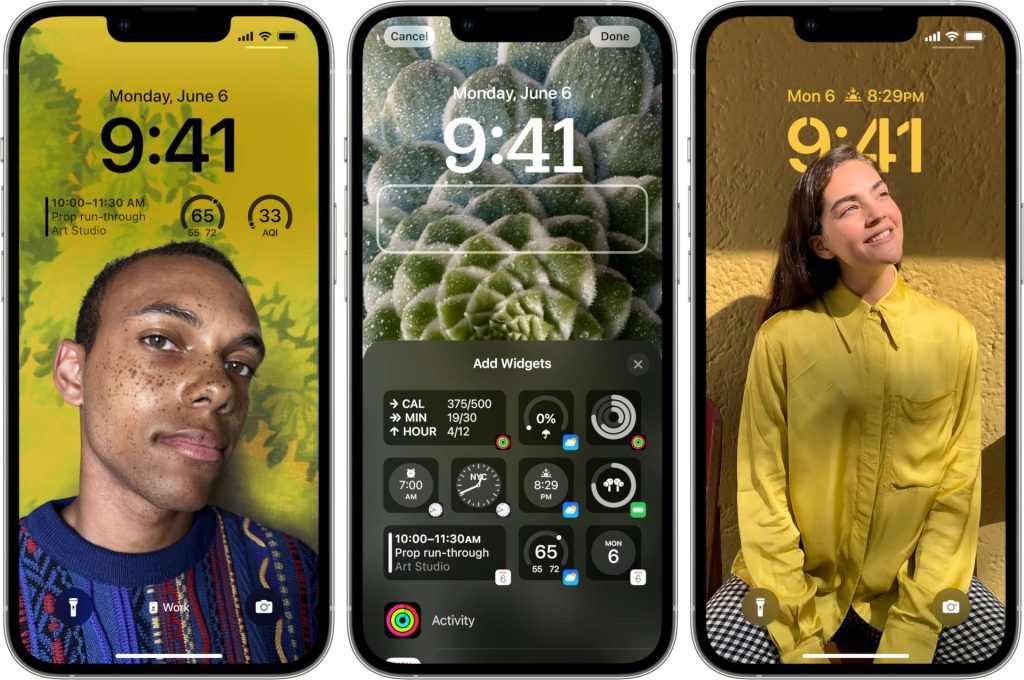 The Lock Screen in iOS 16 has been updated in a major way. Starting with the background, it can now show a multi-layered effect that can separate the subject of the image from the rest and set it in front of the time. The Date and Time can further be customized with expressive type styles and color choices.

The second update is the ability to add widgets to the home. Apple showcased a bunch of first party widgets such as upcoming calendar events, the weather, battery levels, alarms, Activity ring progress, and more. Third-party developers can also develop their own widgets via an API. Once you set a customisation, you can then save it and switch between multiple saved Lock Screens using a swipe. iOS 16 will also allow you tie a Lock screen layout to a Focus mode. 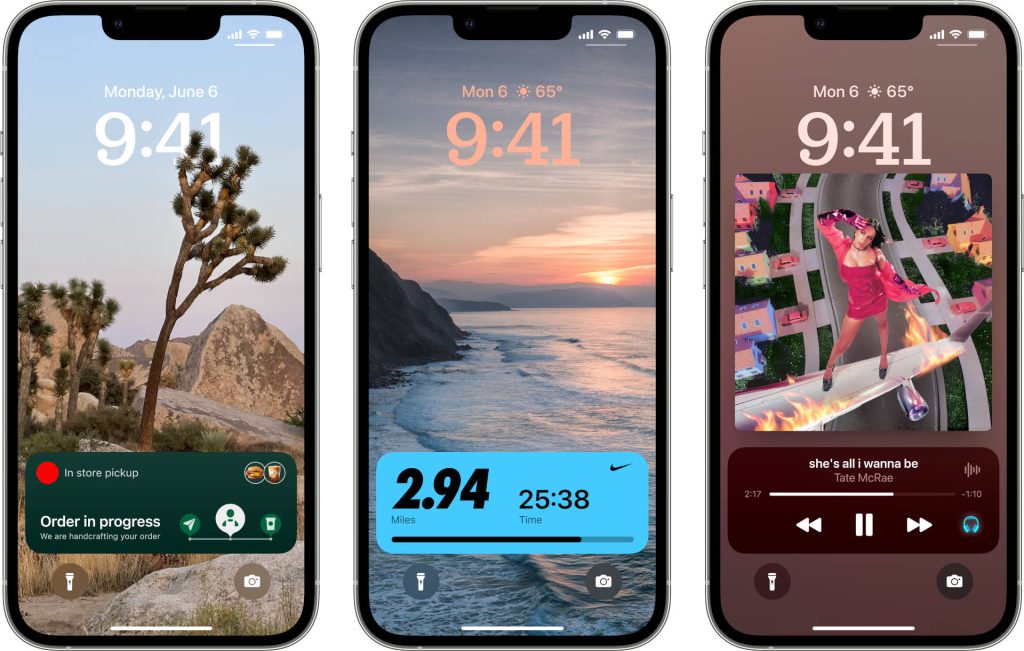 The third update to the Lock Screen is called Live Activities, which helps users stay on top of things that are happening in real time, such as a sports game, workout, ride-share and more. 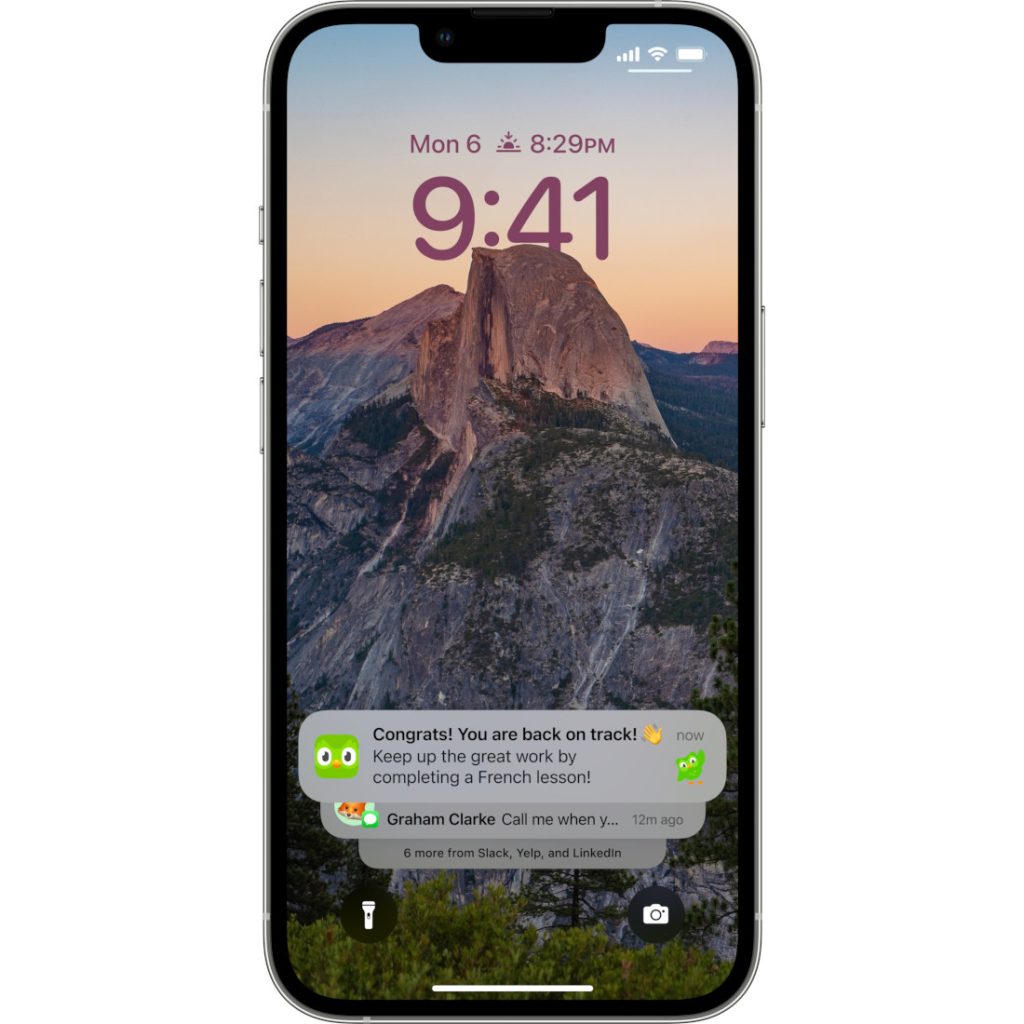 The last update is to the notifications, which now roll up from the bottom when they arrive to your iPhone. This will lead to less clutter in the lock screen, and provide a cleaner look overall. 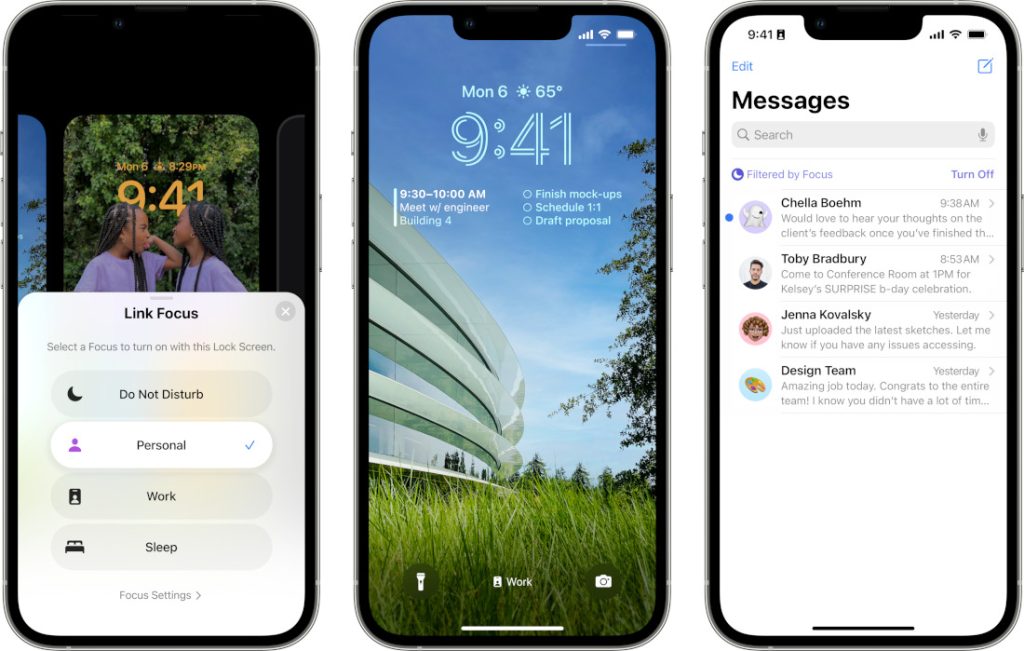 As mentioned, iOS 16 will let you tie a Focus mode to a Lock Screen, and with a simple swipe, you can now switch between Focus modes. Another feature is called Focus filters, where apps like Calendar, Mail, Messages, and Safari can display only the content that is relevant to a user’s Focus. 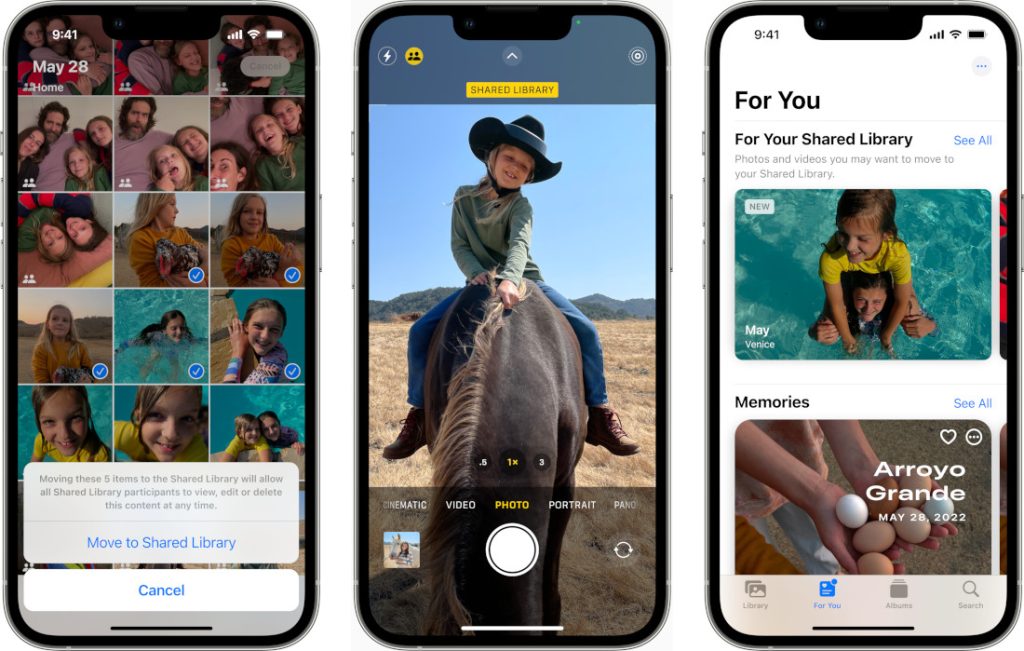 Sharing photos with your family on iOS has become easier with iCloud Shared Photo Library. It essentially works as a separate iCloud Library that every member in a family group can view and contribute to. Apple has built-in a bunch of neat features, such as the ability to automatically add photos to the library if it detects the family member in a photo. There is also a toggle in the camera app to send photos to the Shared Library automatically. 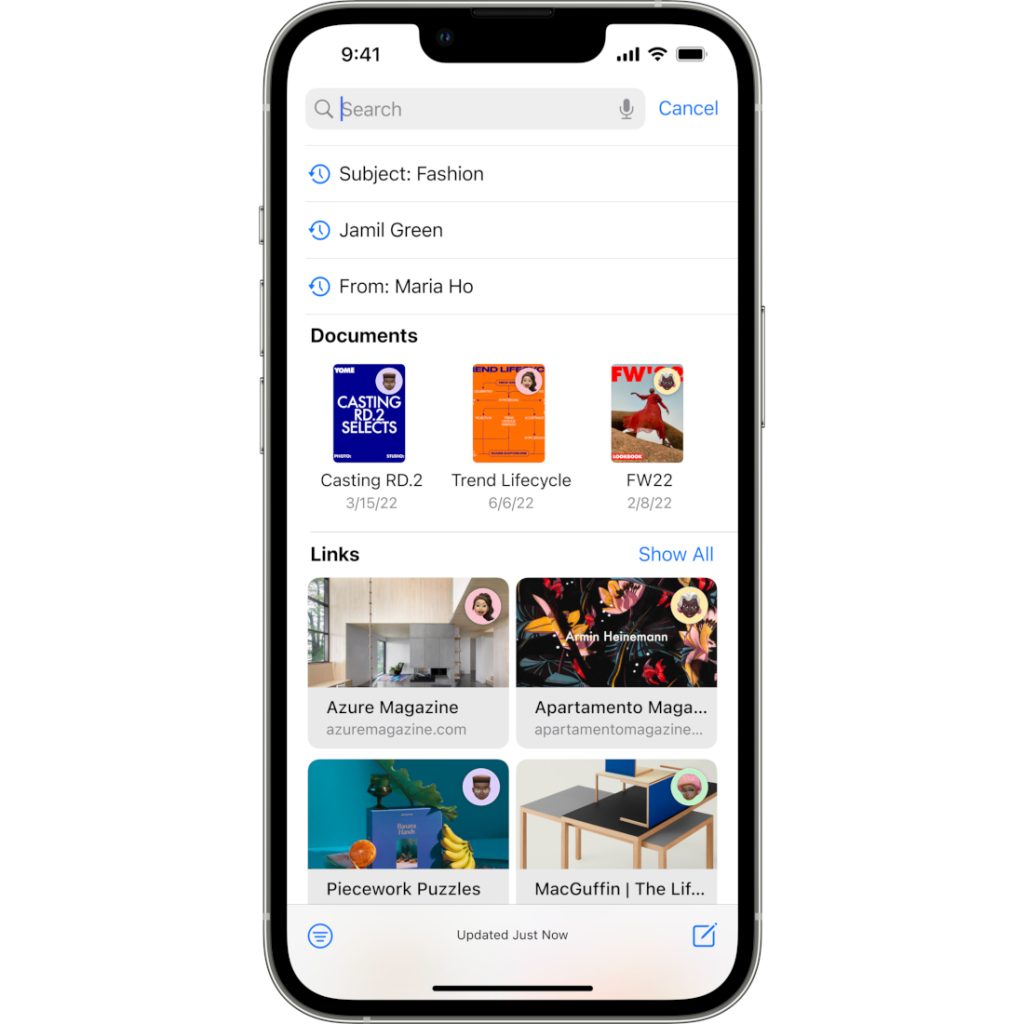 In the iOS Mail app, users can now schedule emails ahead of time and even cancel delivery of a message before it reaches a recipient’s inbox. There is a Remind Later feature which users can use to resurface a message at any date and time. Follow-Up suggestions can automatically remind users to follow up on an email if they have not received a response, and lastly, the search feature has been updated to deliver more relevant, accurate, and complete results.

The Live Text feature, which was introduced in previous versions of iOS, now supports text detection in videos. There is also the ability to to quickly convert currency, translate text, and more. Visual Look Up is an extension of the Live Text feature, where users tap and hold on the subject of an image to lift it from the background and place it in apps like Messages. 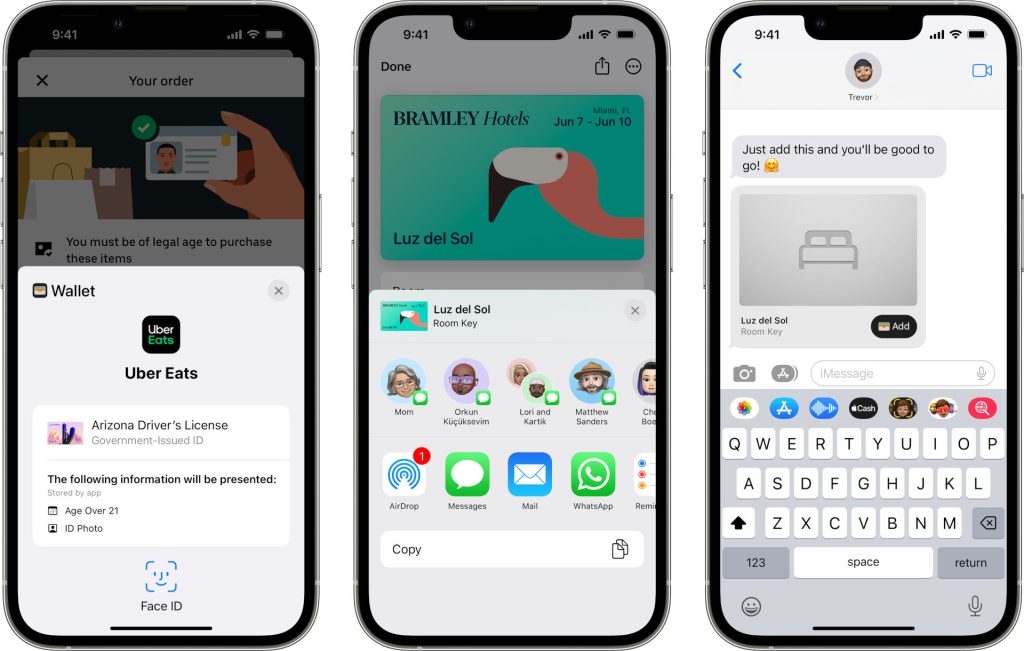 Apple Wallet users can soon access a feature called Apple Pay Later, which enables a seamless and secure way to split the cost of an Apple Pay purchase. The split will be made into four equal payments spread over six weeks, with zero interest and no fees. It will be available everywhere Apple Pay is accepted online or in-app, using the Mastercard network.

Apple Wallet users can also soon use their ID in Wallet for apps requiring identity and age verification in a private and secure way. Additionally, users can securely share their home, hotel, office, and car keys in Wallet through messaging apps, including Messages, Mail, and more. 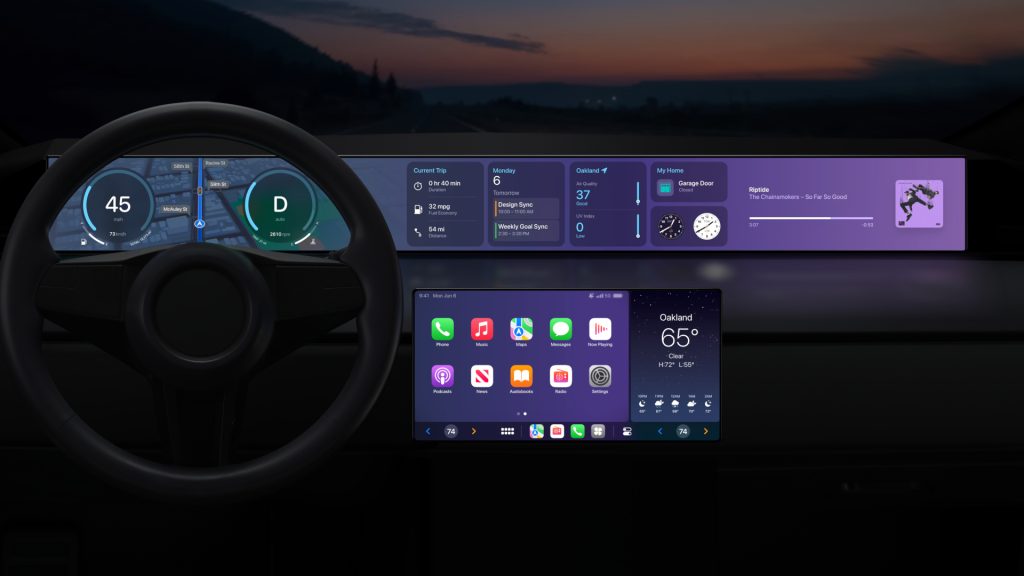 Apple gave us a sneak peek into the next generation of CarPlay too, which will feature deep integration to a car’s hardware. It will support multi-screens layouts within the vehicle, and allow users to do things like control the radio or change the climate directly through CarPlay. It can even use vehicle data to seamlessly render the speed, fuel level, temperature, and more on the instrument cluster. Furthermore, it will offer various personalisation options for the gauge cluster designs and support widgets. This next generation of CarPlay is expected to appear in vehicles that will be announced late next year.

The developer preview of iOS 16 is available to Apple Developer Program members starting today, and a public beta will be available to iOS users next month. iOS 16 will roll out to later in the fall of 2022 for the iPhone 8 and later.