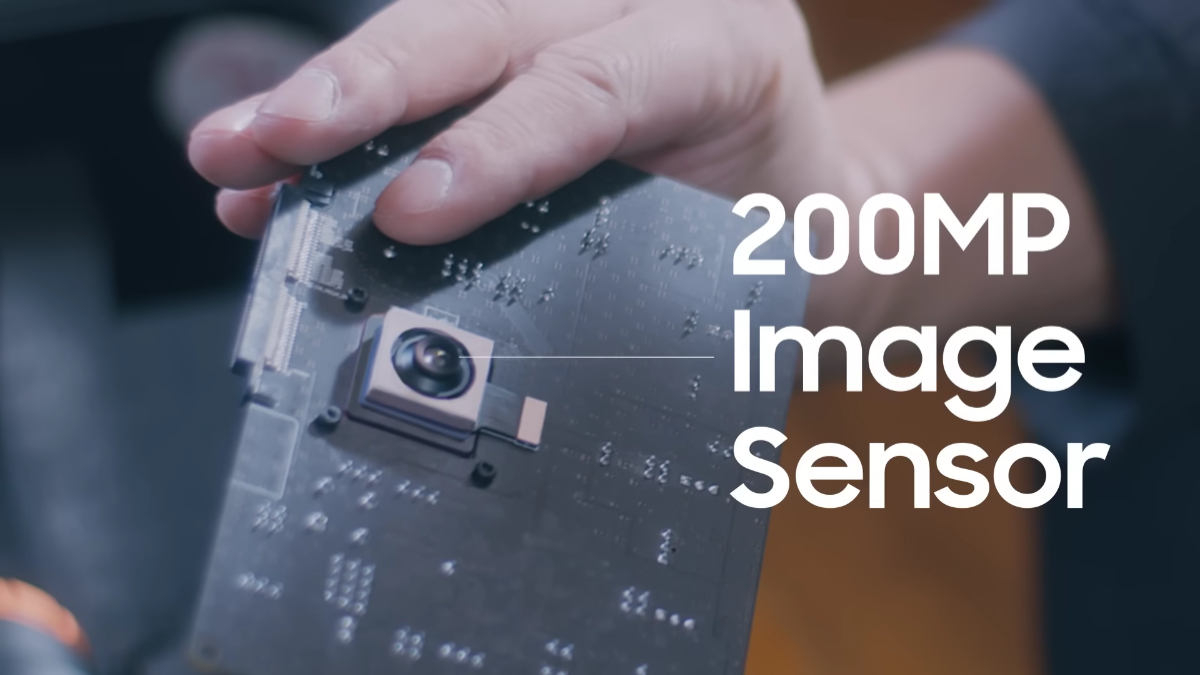 Samsung introduced its first 200MP smartphone camera sensor a few months back. Despite the fact that this sensor has yet to appear on a device, the competition appears to have already surpassed it. ETNews reported earlier this month that the development of a better version of the 200MP sensor is nearing completion, and the Samsung Galaxy S23 series is expected to debut in 2023.

But the latest news is that this might change in July when a new Motorola phone comes out, and Samsung also posted a video showing what the “200MP” sensor can do. In a video, Samsung showcased how much detail the HP1 sensor really retains. Engineers at Samsung were able to show off the new sensor by putting together a “Frankenstein rig” that included a test board with an external display, an extra lens, and a camera to take high-quality pictures of a cat.

Samsung’s ISOCELL HP1 camera sensor is the star of this show. It has 200MP and is so new that it is not really in any smartphones yet. The crew would just have to set up the testing deck just to use it. Using the ISOCELL HP1 and a prototype device, a 200 MP picture of the cat was taken. 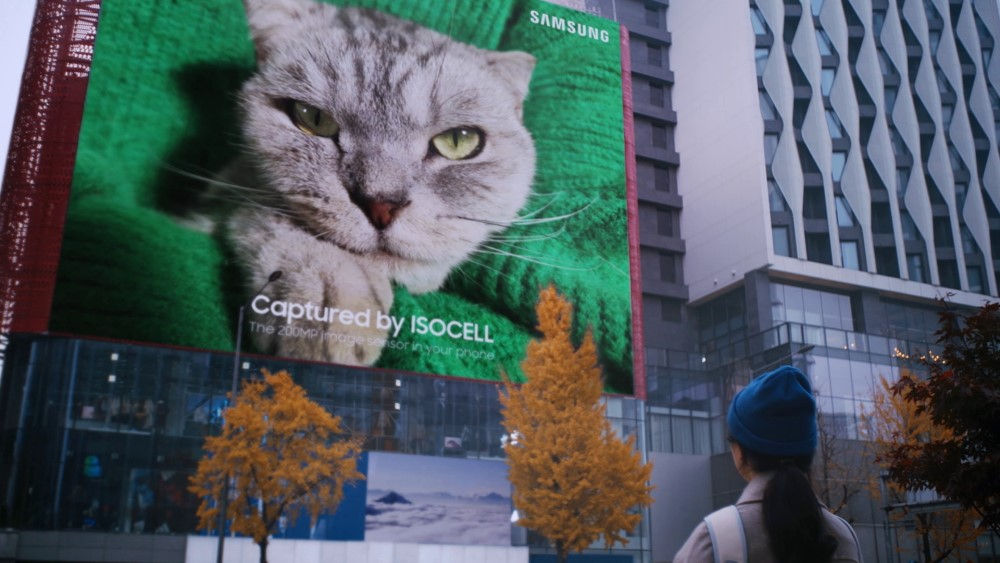 This picture was then printed on a huge canvas (28 x 22 meters) using an industrial printer. The canvas was made by sewing together twelve pieces that were each 2.3m long. The printout was then transported over on a truck and installed on the wall of a building using a crane. Samsung wanted to show that the sensor could take photos with a lot of detail, and it looks like they did.

No flagship devices have it, although the Motorola Frontier will. The sensor uses an updated version of Samsung’s pixel-binning technology and deep-learning algorithms to make the most of how sensitive it is to light. Samsung’s HP1 sensor has a new pixel binning technology called ChamelonCell that can combine up to 16 pixels in multiple resolutions between 12.5MP with a 2.56m pixel pitch to 50MP (1.28m pixels) or 200MP (0.64m pixels).

Choosing a cat as our subject was a difficult decision. It gave us a lot of obstacles to overcome, such as capturing such an active subject with a test board. However, the team concluded that the subject should be something that would show off a high level of detail and that was a popular photography subject at the same time.

In the end, we thought it was most important to capture the scene in the same conditions that smartphone users would be in. Because of this, we went with a smartphone camera module with no other aids. The results were very satisfying.