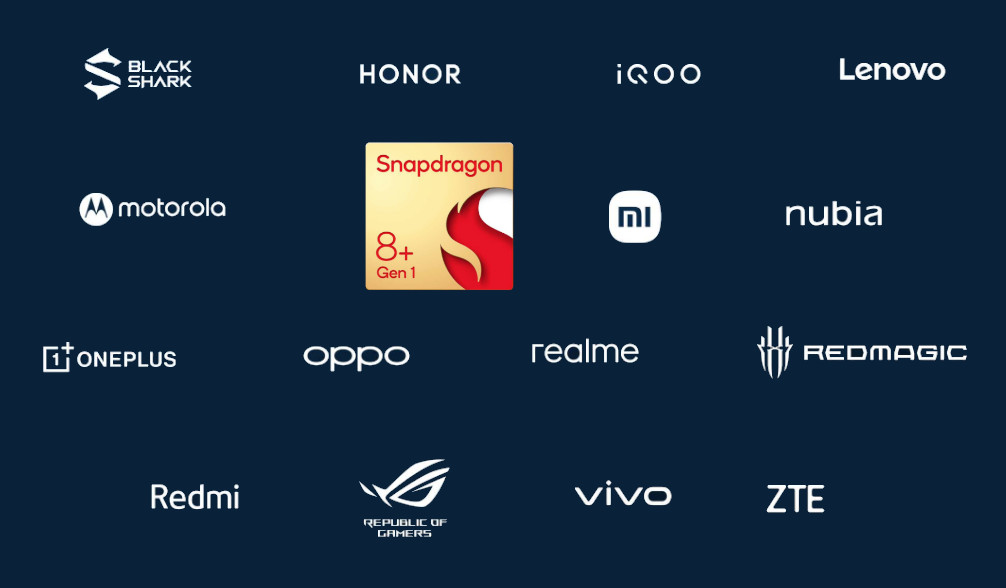 ASUS ROG confirmed that the ROG Phone 6 will be the first gaming phone to use the Snapdragon 8+ Gen 1 SoC.

Xiaomi CEO Lei Jun said that the company’s next flagship will be one of the first phones to be powered by the chip. This should be the Xiaomi 12 Ultra.

Excited to announce our next flagship smartphone will be among the first to feature the new Snapdragon® 8+ Gen 1. We’ve been working closely with @Qualcomm to ensure a class-leading product experience, achieving breakthroughs in both performance and power consumption. pic.twitter.com/lSrr2xWYBw

As expected, OPPO has announced that it will be the first company to launch Snapdragon 7 Gen 1-powered Reno8 Pro smartphone on May 23rd. HONOR should launch the HONOR 70 with the chip later this month. Redmi will also launch a phone with the mid-range Snapdragon SoC.