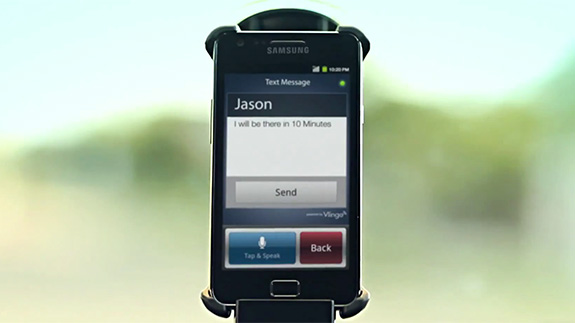 Samsung is also giving a good lesson in the video, which is not to text while driving. So who’s getting the Samsung Galaxy S II next month, anyone?