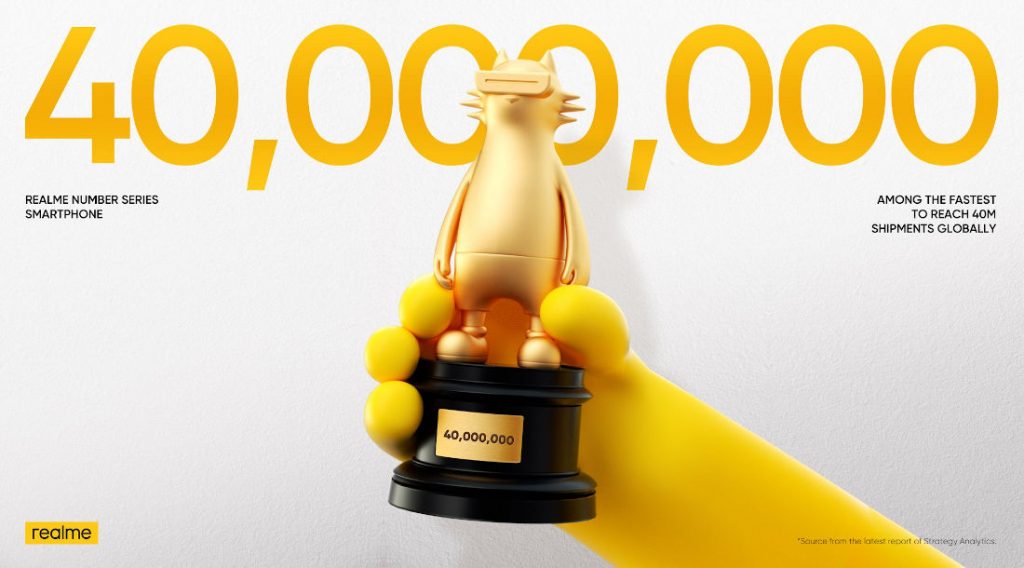 realme has announced that its number series was ranked No.4 as of Q3 2021 among the ‘New Age Smartphone Families’, according to Strategy Analytics. It said that it is the fastest-growing Android smartphone series to reach 40 million shipments, achieving the milestone in 14 quarters since the launch of realme in 2018.

This comes after the company announced last August that it crossed 100 million global smartphone sales in 37 months, since its launch in 2018. “New Age Smartphone Families” are defined as smartphone product lines that have launched since 2018, including Reno from OPPO, iQoo from vivo and Galaxy M from Samsung.

The company is all set to launch the realme 9i, the next smartphone in the new realme 9 series tomorrow, January 16th. It should expand the series in the coming months.

The realme number series is one of the key series in our smartphone portfolio, and we are exhilarated about this new milestone of crossing 40 million shipments. Our number series is aimed at young users across the world, and we have successfully brought in numerous tech innovations that have been well received by our users. We have some exciting plans to expand on our number series this year and bring in more disruptions in the industry.