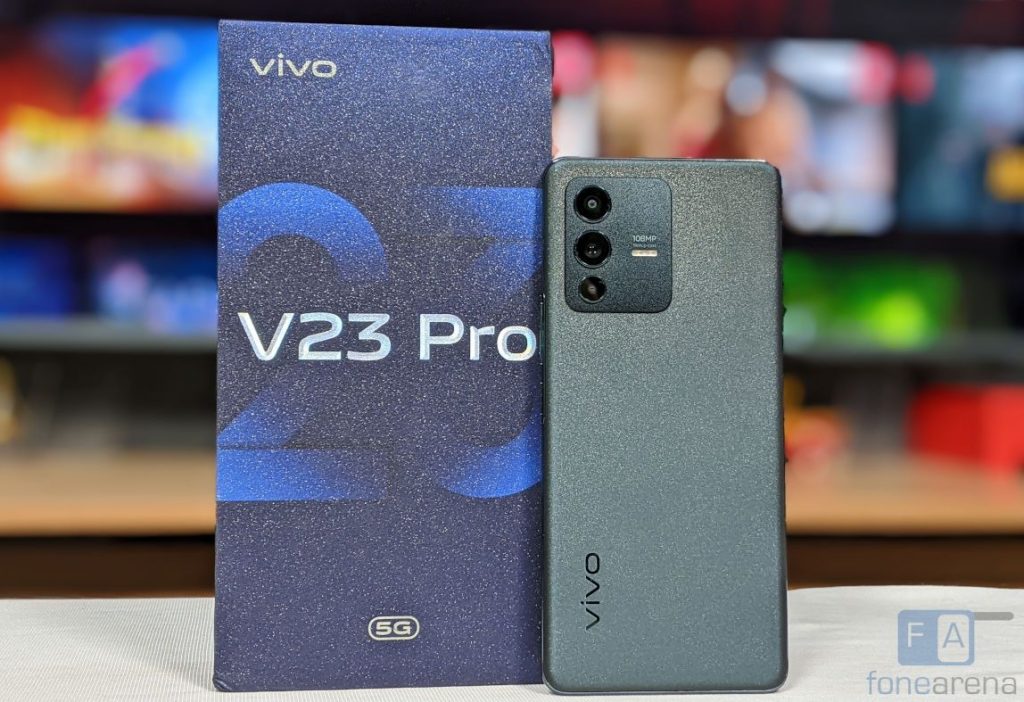 Vivo launched its V23 series in India earlier this week as the successor to the V21 that was launched last year. This brings an upgraded 50MP front camera, adds a secondary ultra-wide camera, has a faster SoC and the Pro model that we have also comes with a curved screen, and it is just 7.36mm thick. Is this the best selfie camera phone in the market? Is this worth the price? Let use dive into the review to find out. 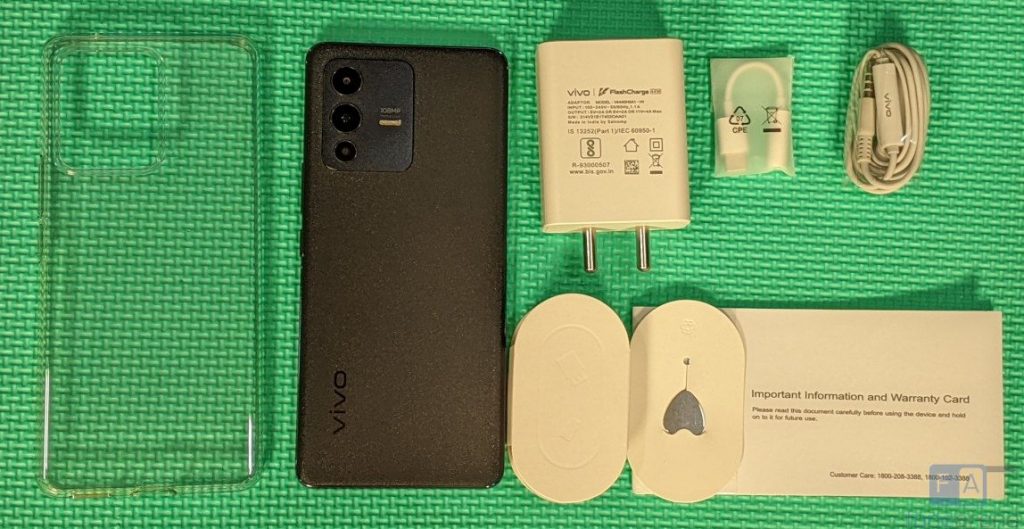 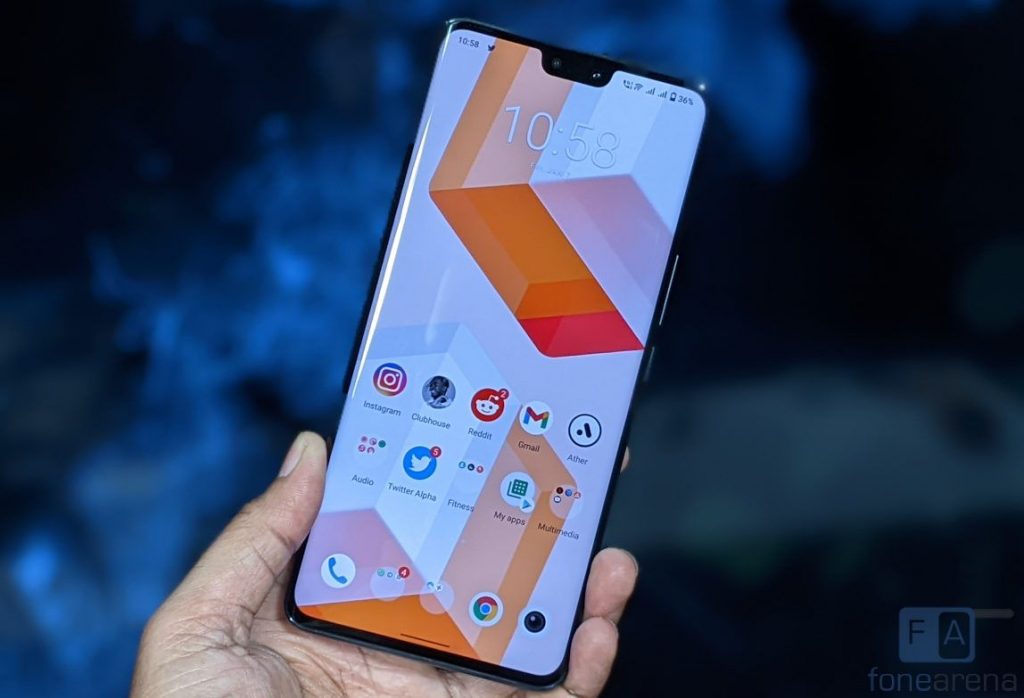 The vivo V23 Pro sports a 6.56-inch (1080 x 2376 pixels) Full HD+ 19.8:9 aspect ratio AMOLED display with 90Hz refresh rate. The display is bright, offers good colour output and the sunlight legibility is good as well. Vivo doesn’t say what kind of hardened glass it uses for protection. The 3D Curved Screen curves at 57 degrees that looks elegant, and it is not intrusive even when gaming.

You can select from standard (default), professional and bright screen colour modes. The 90Hz refresh rate offers a  smooth user experience, especially when you are scrolling through the UI and when gaming, but the company could have offered a 120Hz refresh rate that is available in most phones in the price range. You can select smart switch or force it to 60Hz or 90Hz.

It also has HDR 10+ support, which works for YouTube, but it doesn’t work with Netflix. The phone doesn’t have a notification LED, but this has an always-on-display that shows contextual info and notifications all day or as per schedule. It doesn’t consume a lot of power since this is an AMOLED screen, but the company says that it increases the power consumption. 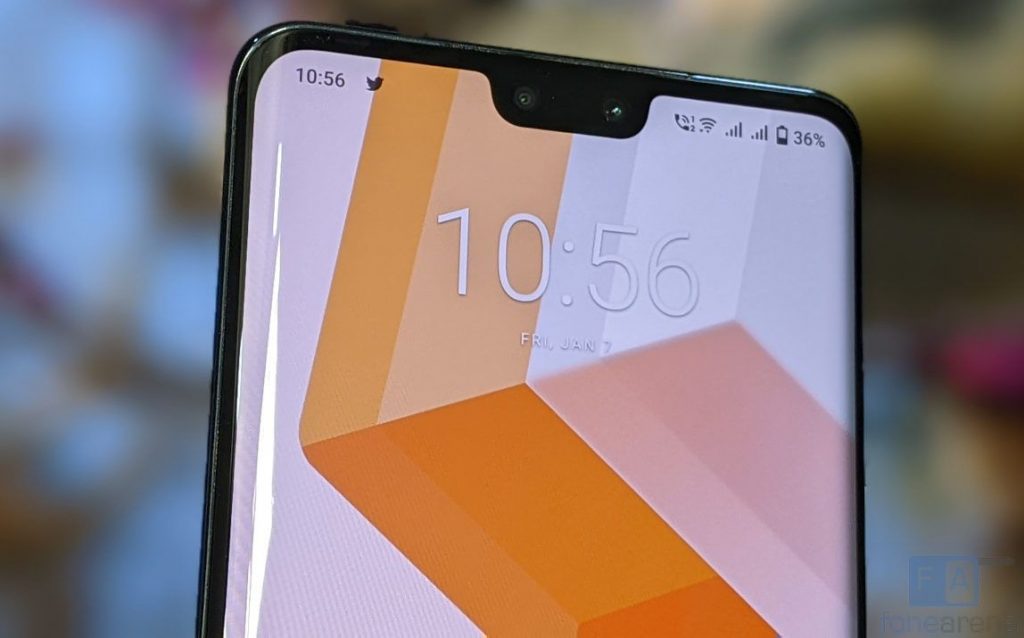 Since the phone has dual front cameras, there is a large cut-out on the top that houses a 50MP main camera and a secondary 8-megapixel ultra-wide camera. There is an earpiece on the top edge and there are also dual LED spotlight flash on the front. The phone also has the usual set of proximity and ambient light sensors, as well as a gyroscope and a magnetic sensor, otherwise known as a magnetometer. 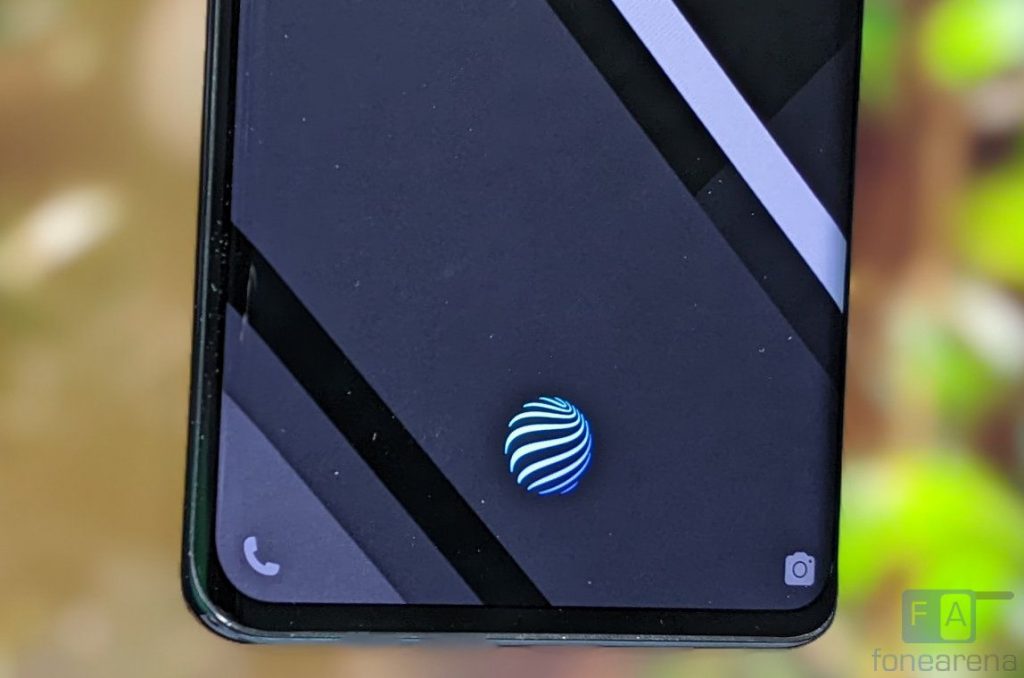 It has an in-display fingerprint scanner which is quick to unlock the phone immediately when you place your finger. You can also notice a small bezel below the screen. The haptic feedback is good as well. 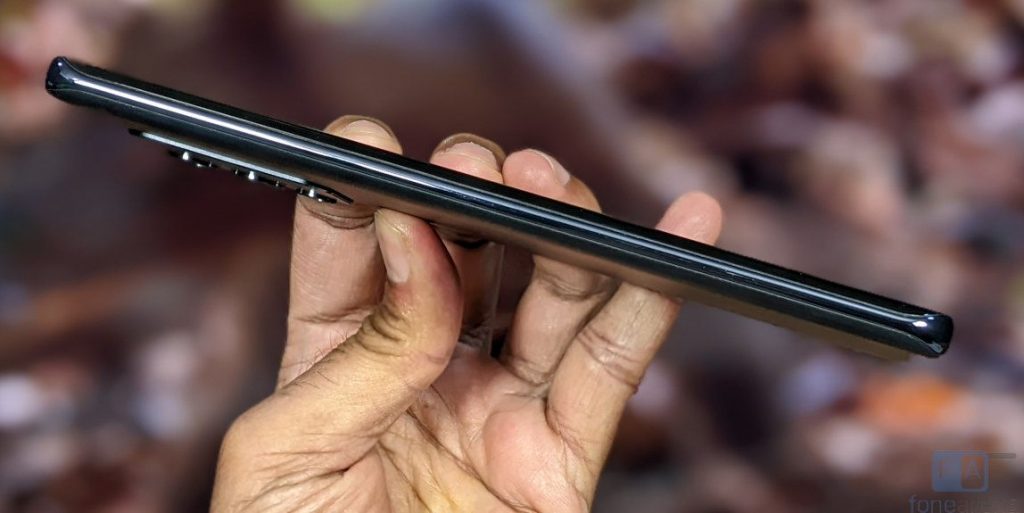 The phone has a 7.36mm ultra sleek body, which the company says is India’s slimmest 3D curved display phone. It weighs just 171 grams, and the weight distribution is good.

Coming to the button placements and ports, the power button is present on the right side along with the volume rockers. The dual SIM slot, primary microphone, USB Type-C port and the loudspeaker grill are present on the bottom and the secondary microphone is present on the top. The phone doesn’t have an expandable storage. The phone has a polycarbonate frame on the sides which is glossy and attracts fingerprints, but it doesn’t slip out of the hands. 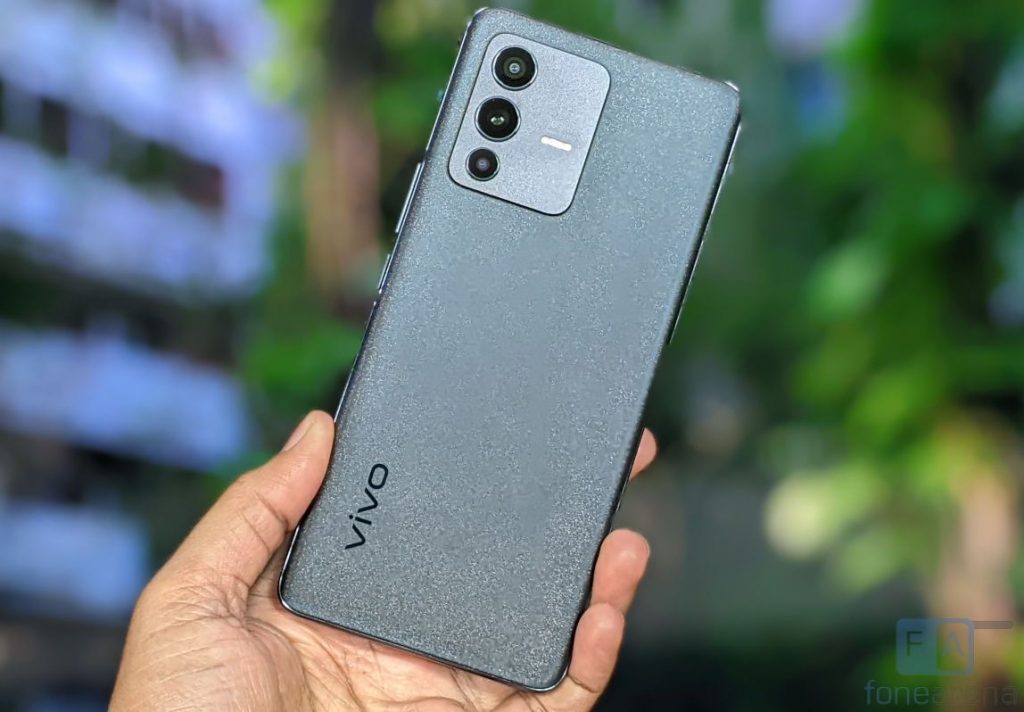 The back of the phone has a camera part with triple rear cameras. The company says that it has used innovative Fluorite AG Glass that sparkles when it interacts with different lights. It is soft to touch with its matte texture and diffused surface coating, so it is fingerprint-free and is comfortable to hold. 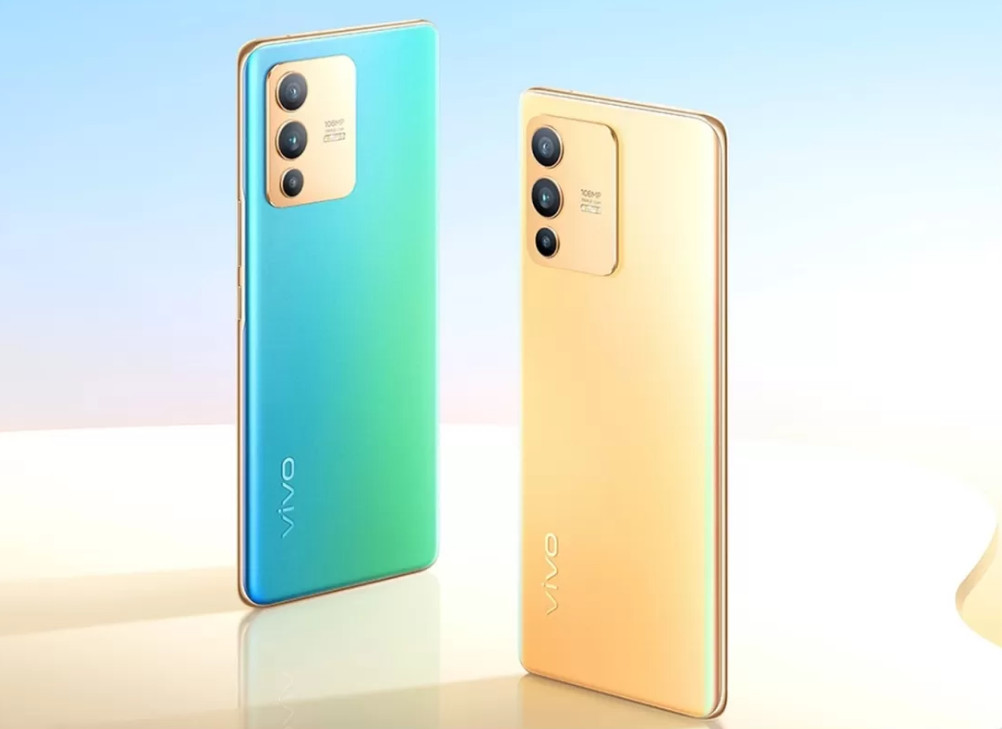 The Sunshine Gold model has a Color-Changing Glass that interacts with sunlight and other sources of Artificial UV rays to reflect a spectrum of brilliant colors. It is subtle, yet uniquely eye-catching, says the company. The Sunshine Gold also has a glossy unibody frame that looks sharp and translucent. The phone packs a 4300mAh battery with support for 44W fast charging. 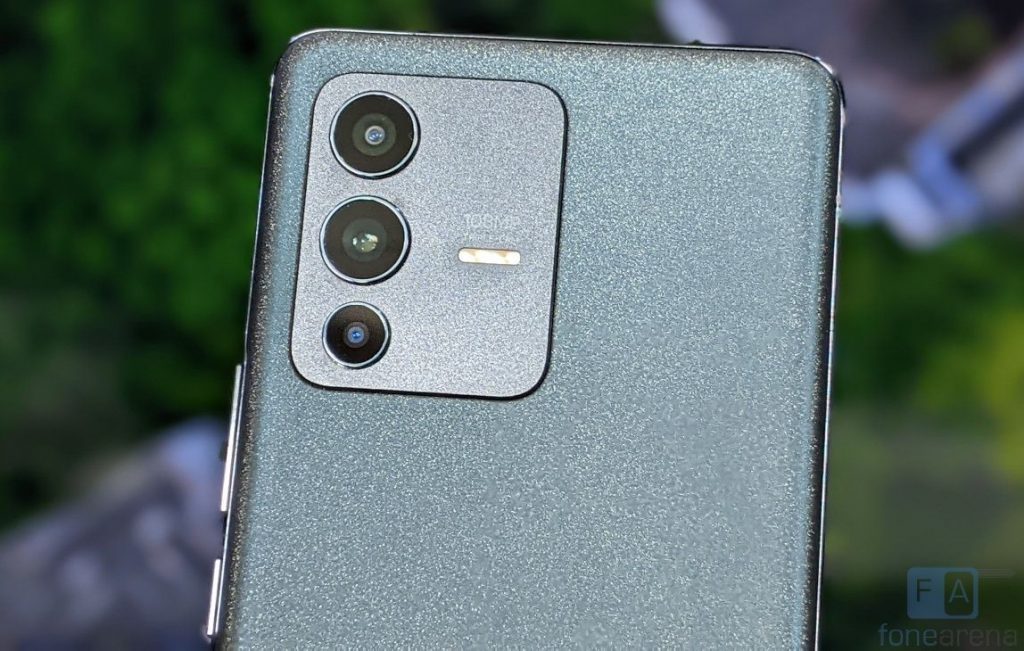 Coming to the camera quality, the daylight shots are good, and it is recommended to enable HDR option which automatically switches on HDR according to the shot, so that the dynamic range is good. The camera can focus quickly. Macro shots are good as well, but the 2MP macro camera is just useless since the resolution is low. 8MP ultra wide-angle camera is useful. You can adjust the aperture manually in the portrait mode for the best background blur. Low-light images are good, and the night mode is useful, thanks to the optimization. There is also a tripod mode for long exposure night shots.

The 50-megapixel front camera is pretty good and sharp. There is also a 8-megapixel 105° ultra-wide secondary front camera that is useful and also acts as a portrait camera. It also has HDR support and AI beautification with a lot of customizable options. The dual-tone spotlight flash is also useful, even when there is no light. Overall, the front camera is good for the price.

Check out some camera samples below

It can record videos at 4k resolution at up to 60 fps from both the front and rear camera, but you can’t switch between the front and rear cameras when recording the video. There is also a night video mode option. Even though the phone doesn’t have OIS, it has standard and ultra stabilization options that use EIS, but the resolution is down to 1080p since it crops the content.

Coming to the software, the phone runs on Android 12 with Funtouch OS 12 on top. Vivo keeps pushing updates frequently improving things, which is good. It was launched running Android security patch for December 2021, and got January 2022 patch in the recent update.

Out of 8GB of RAM about 7.4GB is usable, out of which 5GB is free when the default apps are running in the background. Out of 128GB of UFS 2.2 storage, 104GB is free out of the box. We got about 1663MBps sequential read speed on Android Bench.

Apart from the usual set of utility and Google apps, it comes preloaded with a lot of apps such as Facebook, WhatsApp, Josh, Netflix and Moj. These apps can be uninstalled, but they come back after reset.

The phone has an in-display fingerprint sensor which immediately unlocks the phone just by keeping your finger on the sensor.  There are different animation styles that display when you unlock, but you can’t disable the animation. The phone also has face unlock that can unlock the phone in seconds, but it is not as secure as fingerprint.

The default Music Player also has equalizer and DeepField sound effects. It doesn’t have FM Radio support. Audio through the speaker is good, and it is loud. Since the speaker is present on the bottom, audio doesn’t get muffled when the phone is on a flat surface. Audio through bundled earphones is good as well. Wish the company had offered stereo speakers. This has Widevine L1 so that you can play HD content on Amazon Prime Video, Netflix and other streaming apps. Even though the phone supports HDR, it doesn’t play HDR content on Netflix.

The dialer and messaging UI are similar to other Vivo smartphones. With the latest Funtouch OS update, Messages supports identifying malicious websites, risky links and other information. We did not face any call drops and the earpiece volume is good, even though it is present on the top edge. 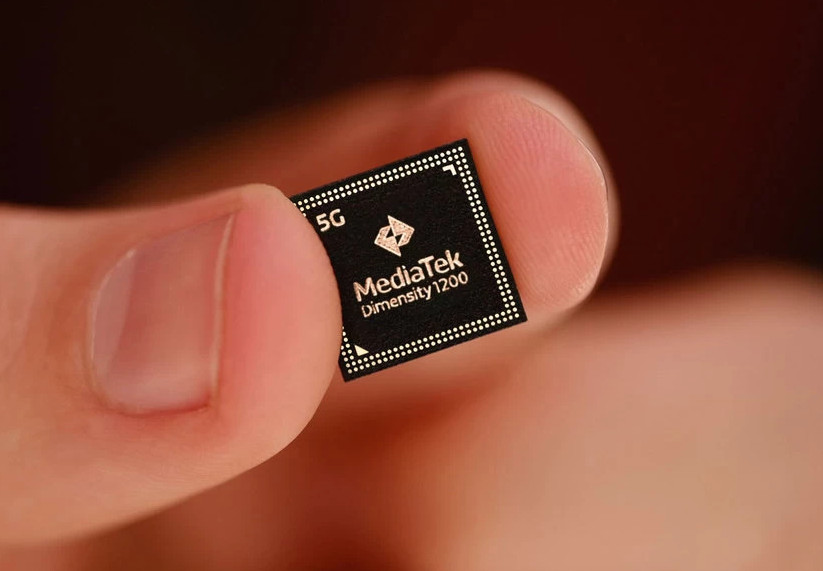 The phone gets a bit warm on intensive gaming or when recording 4K videos for long, but it doesn’t too hot. We did not face any issues or frame drops in the graphic-intensive games like COD, BGMI and Genshin Impact. It reached maximum 38º in our testing indoors in Wi-Fi, but this might vary outdoors in 4G. That said, check out some synthetic benchmark scores below. 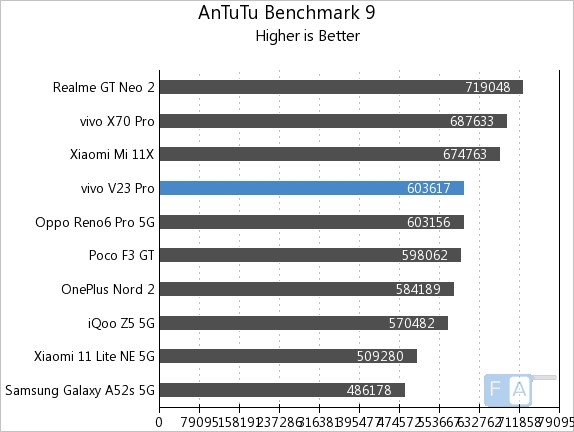 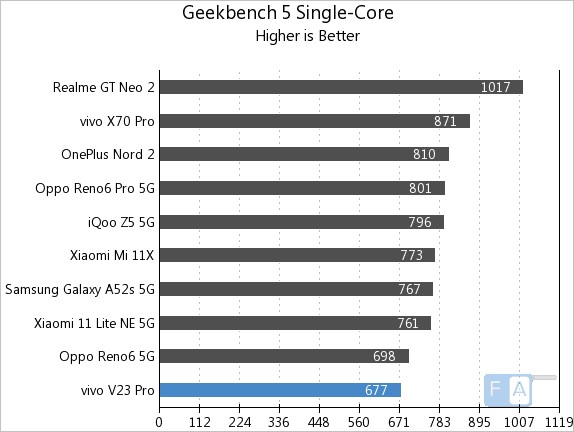 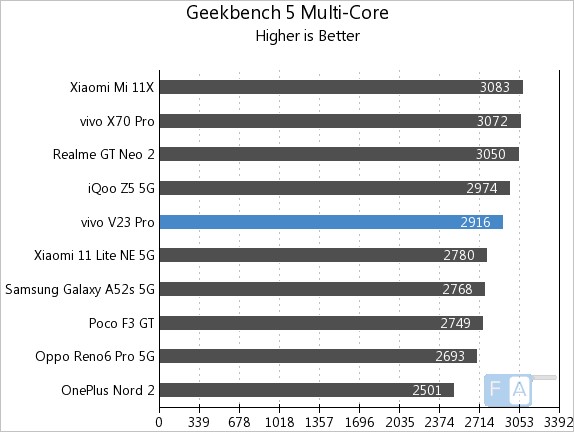 As you can see in the benchmarks, the V23 Pro powered by the MediaTek Dimensity 1200 outperforms few phones powered by the same chip and Snapdragon 778G, but it couldn’t beat the Snapdragon 870-powered phones.

Coming to the battery life, the phone packs a 4300mAh (typical) battery, which is slightly less compared to other phones in the range due to the sleek body. It can easily last for  a day with typical use with 4G enabled and multimedia, and will last easily more than a day with minimal use, thanks to the optimization. I got over 4 and half hours of screen on time with close to 1.5 days of use, mostly on Wi-Fi. Since the phone has support for 44W fast charging, it can charge from 0 to 50% in about 20 minutes and up to 100% in about 50 minutes.

realme GT Neo 2 is a good alternative with a better screen and a bigger battery. If you need a gaming phone, the POCO F3 GT is also a good alternative that comes with triggers. Vivo’s own X60 at a cheaper rate offers a good video experience and a more powerful Snapdragon 870 SoC.