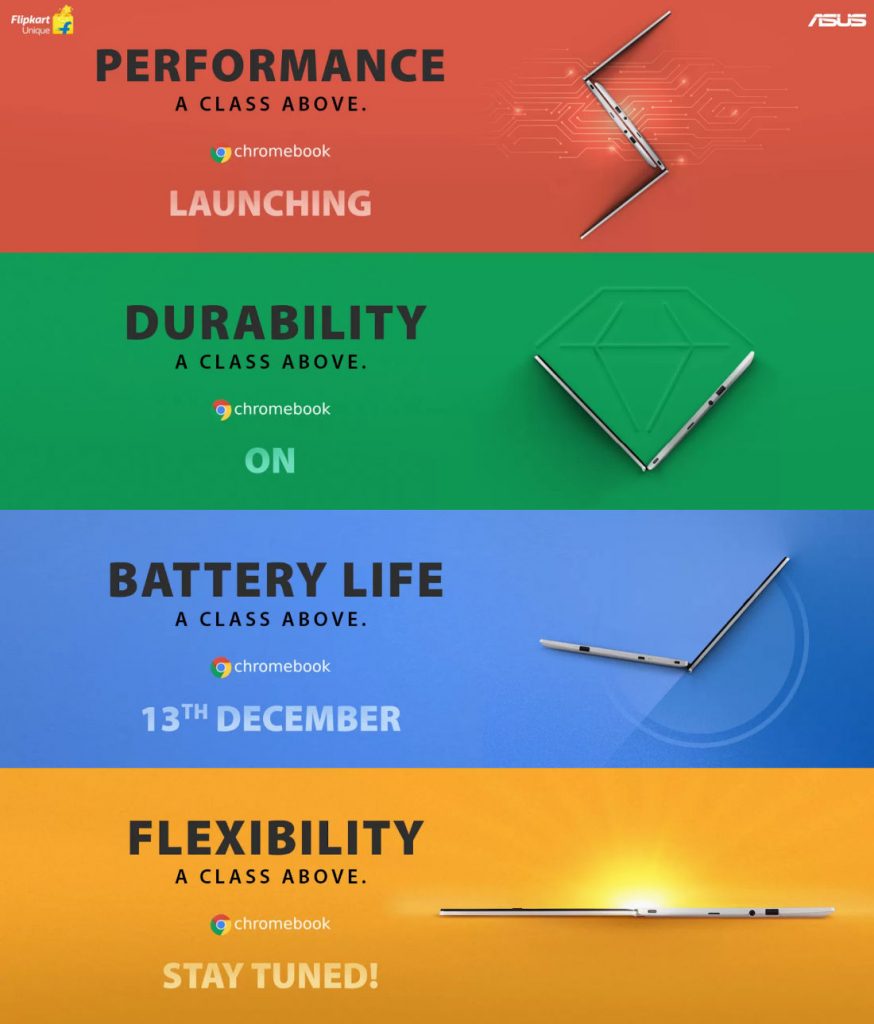 ASUS launched its Chromebook series – C223, C214, C423, and C523 in India back in July. Today, the company confirmed the launch of a new Chromebook model with military-grade durability in the country on December 13th. It doesn’t reveal the model number, but the teaser image highlights its features.

The teaser says performance a class above, so it should use a better processor compared to Intel Celeron N3350 used in the older models. It also promises a long battery life and a flexible body, so we can expect a 180-degree flexible hinge, as shown in the image. It also shows several ports, including a microSD slot and a USB Type-C port, in addition two USB Type-A ports.

To remind you, the Chromebook Flip C214 that was launched earlier this year has a 360-degree convertible touchscreen display, Dual Cameras that include an  autofocus camera and military-grade durability. It was launched for Rs. 24,990, so we can expect the new Chromebook to be priced in the similar range or even cheaper.

As usual, ASUS will sell the Chromebook online on Flipkart, after the launch on Monday.