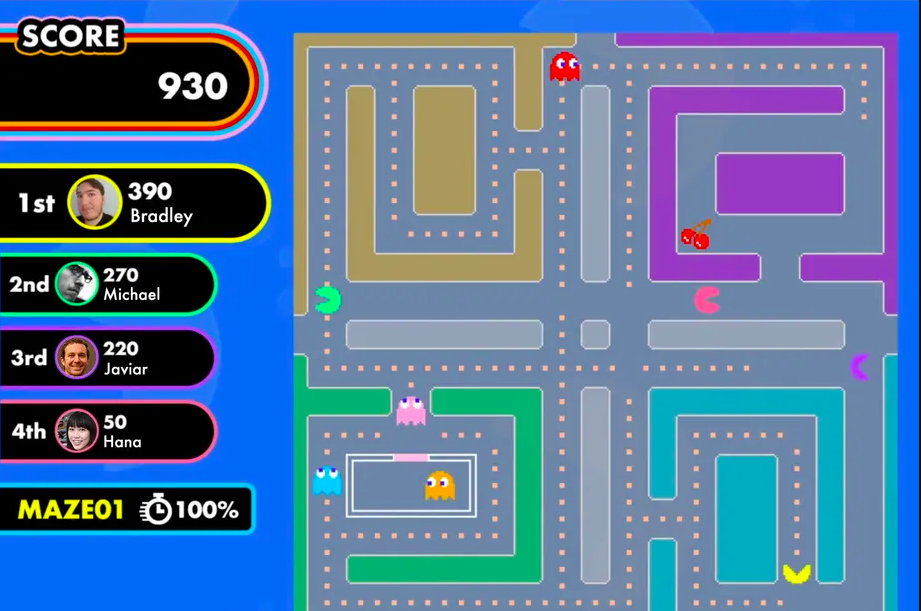 Facebook has launched the Pac-Man community on Facebook Gaming developed by Genvid and, in collaboration, with BANDAI NAMCO Entertainment.

Unlike the traditional Pac-Man, Facebook allows users to play solo or multiplayer (up to four players) to complete the mazes. On top, users can also create their own mazes and challenges through the Maze Creator tool.

“With Play Watch Connect, we’re delivering more immersive and engaging social experiences that build a community around games on Facebook,” says Facebook in its blog.

Both streamers and creators will be able to live to stream their Pac-Man matches. Through the Play with Streamer feature, Facebook Gaming creators can invite their communities directly from their live stream to join them in-game to play or watch.

“Player-created mazes will be featured inside the game daily, and soon we’ll launch community-oriented challenges and mazes curated and cultivated by streamers’ communities,” says Facebook.

In PAC-MAN COMMUNITY, people viewing a 24/7 live stream in Watch mode can also power up either the AI PAC-MAN or Ghosts and compete.
When a streamer isn’t live, the Watch tab will feature AI characters, just like an arcade machine that isn’t being played.

“We believe games bring people together in powerful ways, whether that’s playing games together, watching gaming videos, or connecting around games in Facebook Groups,” says Facebook

You can check out the Pac-Man community here.