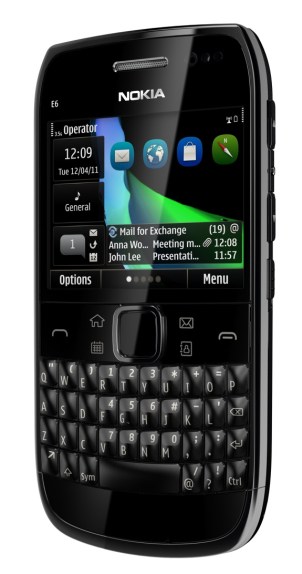 Nokia announced the E6 earlier today and it is a successor to the popular E72 handset.You must have seen the photos. The E6 packs a display with a 640×480 pixel resolution in such a small form-factor. It’s still powered by a not so fast  680MHz processor which makes it possible for this handset to quote a 14.8 hour talk time on GSM and 7.5 hours on 3G with almost 30 days of stand by time. The handset also ships with the Symbian Anna update which brings a new UI and other features.

Nokia has revealed the price of the phone to be 340 euros which is around 490 USD or Rs.21000 approx before taxes.

The E6-00 will be available globally in Q2 , 2011 except in Canada, USA, Korea and Japan. So this handset will be coming to India eventually. There will be a separate version of the E6 for North America (NAM) and will be availble in Q3.