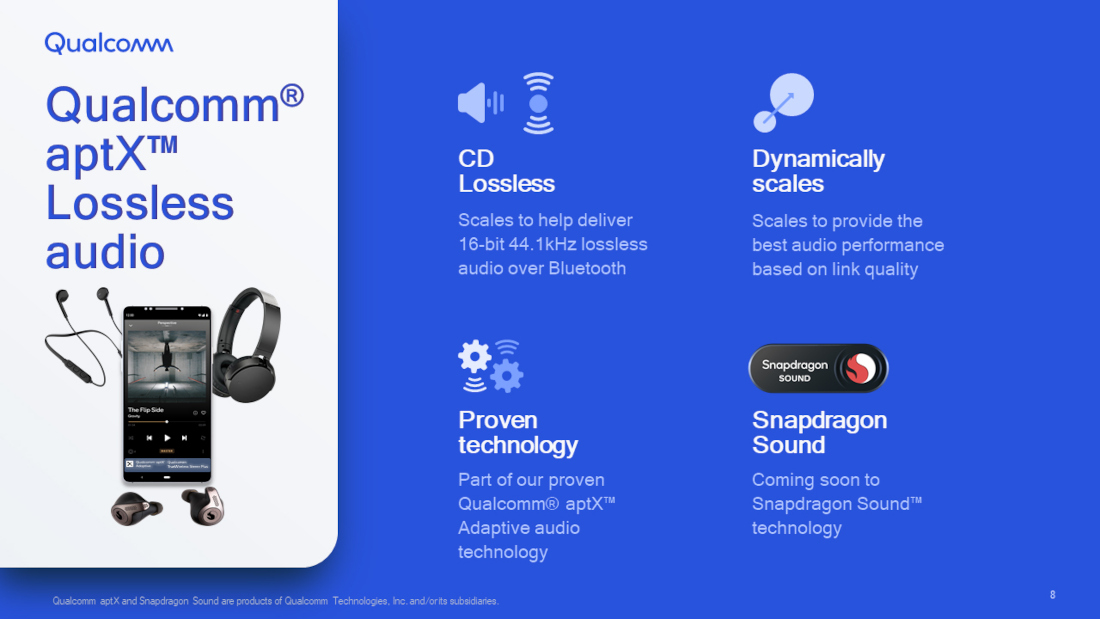 As the truly wireless earbuds market becomes mature overtime, there has been an increasing focus on the quality of audio transmission over Bluetooth. Qualcomm has now unveiled a new feature in Snapdragon Sound called aptX Lossless, which will enable CD quality 16-bit 44.1kHz lossless
audio streaming over Bluetooth.

aptX Lossless is an extension of aptX Adaptive technology, that will dynamically detect and scale up the quality of the audio stream when the user plays a lossless file or when the RF conditions are favourable. When listening to music, Snapdragon Sound can deliver audio quality at rates up to 1Mbit/s or scale down to 140kbits/s in congested RF environments.

The many features of aptX Lossless are as follows:

According to Qualcomm, aptX Lossless is expected to become available to the public during late 2021. The company also noted the increase in momentum of adoption of Snapdragon Sound by companies such as Xiaomi, Edifier, Master & Dynamic and also Smartphone for Snapdragon Insiders designed by ASUS.

At Qualcomm Technologies we’re excited about the future of sound, and we’re continually looking for ways to help our customers deliver new and exciting listening experiences. Lossless audio means mathematically bit-for-bit exact, with no loss of the audio file and up to now the necessary bit rate to deliver this over Bluetooth has not been available. With many leading music streaming services now offering extensive lossless music libraries, and consumer demand for lossless audio growing, we’re pleased to announce this new support for CD lossless audio streaming for Bluetooth earbuds and headsets which we plan to make available to customers later this year