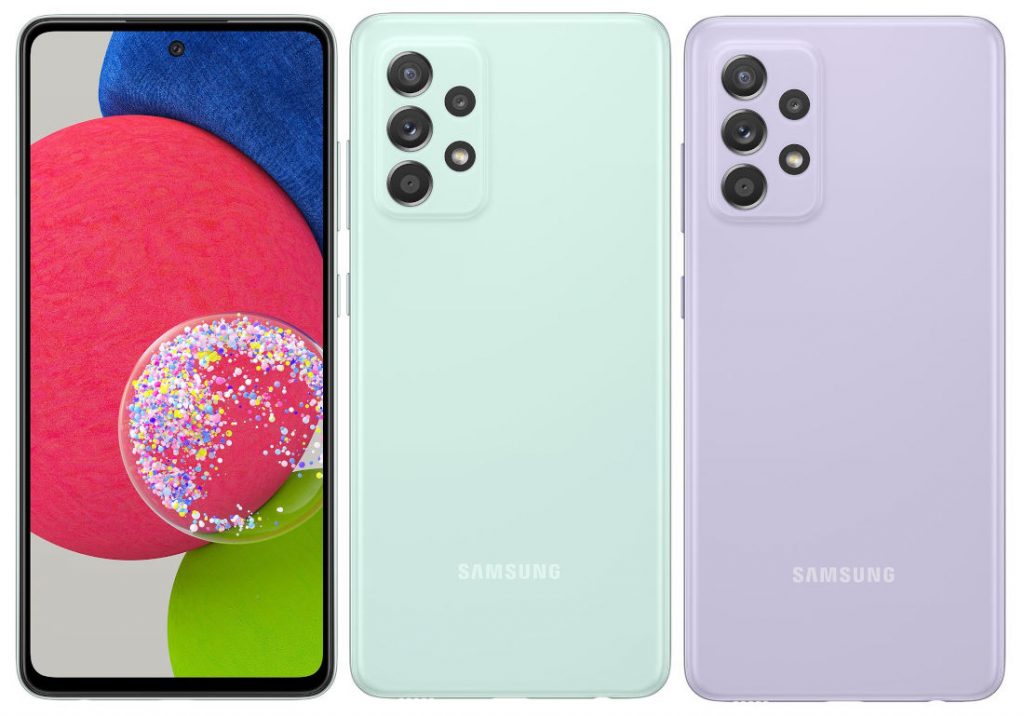 After rumours, the press images of the Galaxy A52s 5G (SM-A528B) smartphone has surfaced, and the phone has also been certified by the FCC. According to the images, it will have a similar design as the A52 5G. It is also said to feature a 6.5-inch FHD+ (1080×2400 pixels) Super AMOLED Infinity-O Display with 120Hz refresh rate display, same as the A52 5G. 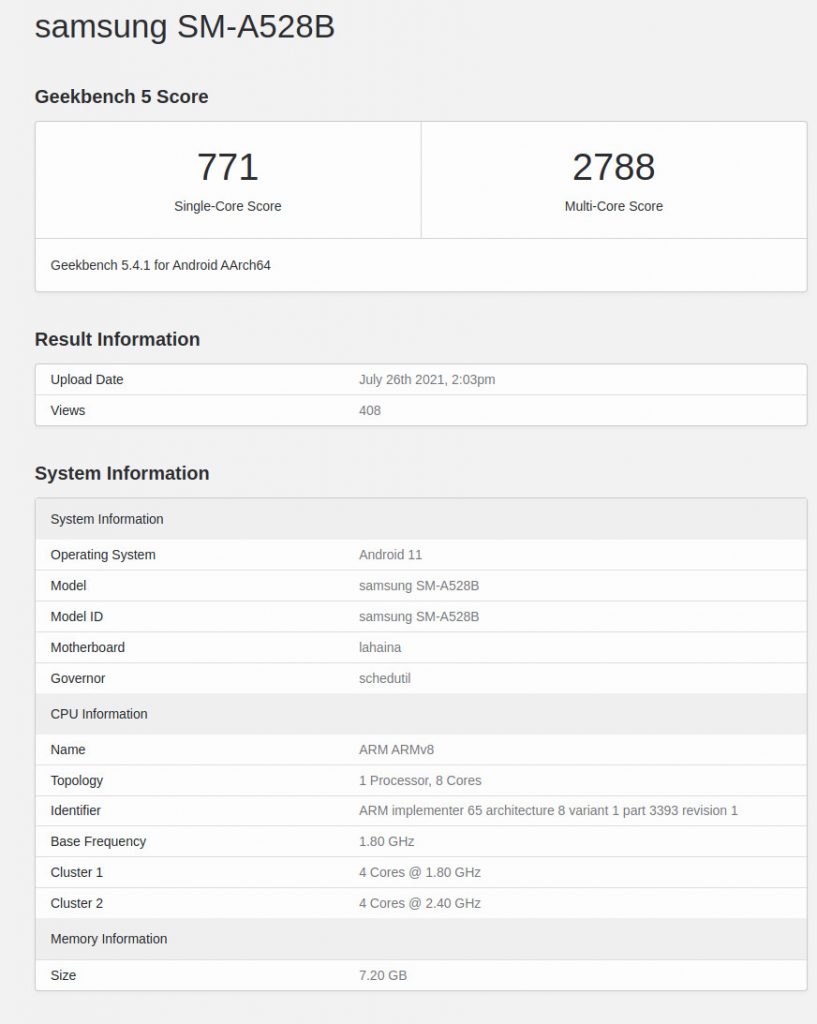 Based on a recent Geekbench listing, the phone will be powered by Snapdragon 778G SoC, a major upgrade from the Snapdragon 750G in the A52 5G, pack 8GB of RAM and run Android 11 with One UI 3.1. Some listing also hint at 6GB RAM version of the phone, so it might vary depending on the market.

The Samsung Galaxy A52s 5G is expected to come in Awesome Black, Awesome White, Awesome Mint and Awesome Purple colours and launch sometime in early September. It is rumoured to be priced at about 449 Euros (US$ 531 / Rs. 39,410 approx.) for the 8GB RAM with 128GB version. The phone has already surfaced on Samsung Germany support page, so we can expect the official announcement soon.