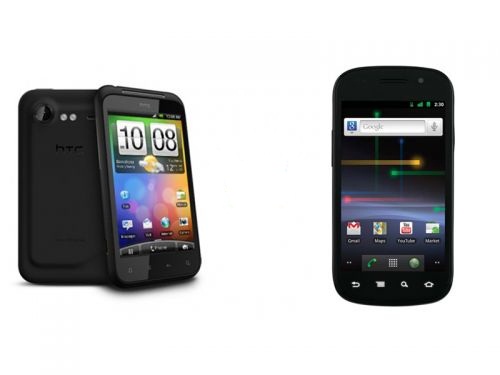 Pakistan mobile market is not one of the largest but it’s growing rapidly fast and going towards a right direction. A lot of new handsets were introduced in last few months. Now two new Android phones are launched in Pakistan and both of them were recently announced. First one is the Google Nexus S and it’s launched by Pakistan largest mobile network known as Mobilink, under their postpaid class known as Mobilink Indigo. It’s a very good news for Pakistanis because  mobile networks are offering very few amount of good Android phones are available in Pakistan. The phone comes with Android 2.3 and we all know that it’s a Google phone, so if you are buying it then you don’t need to be worried because it will be the first device to receive the next and latest version of Android OS. The phone comes with a curve design, which makes it even sexier. It features a 4-Inch Super Clear LCD display (that’s what the source is saying, other version comes with Super AMOLED, but we also heard that the Russian version comes with Super Clear LCD), 1 GHz processor, 5 MP camera and some other features. It’s going for 43,999 PKR rupees which is a reasonable price for Pakistani people I guess.

The other device we are talking about is the HTC Incredible S. It was recently announced by HTC at the MWC. And now it’s launched in Pakistan by Ufone, which is also one of the largest mobile network in Pakistan and it’s growing rapidly. They are offering it for 45,999 PKR rupees which is once again a very reasonable price. Incredible S comes with a 1 GHz processor, Android 2.2 with the latest version of HTC Sense UI, 4-Inch Super LCD display which is truly amazing according to a lot of reviews and a lot of other features.

I think this is very good news for our Pakistani readers, so please tell us that are you going to buy any of these devices?