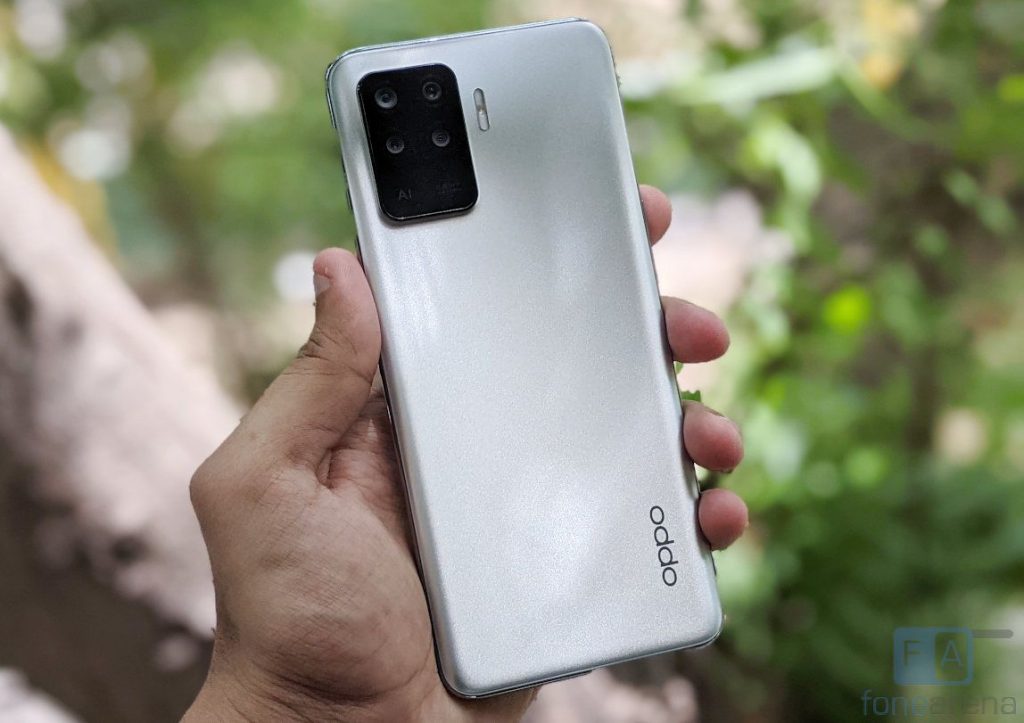 OPPO launched F19 Pro along with F19 Pro+ in the Indian market starting at Rs. 21,490. Most of the specifications between the F19 Pro and F19 Pro+ remains the same, except for the processor and 5G support. We used the device for quite some time and here’s what we think about it. 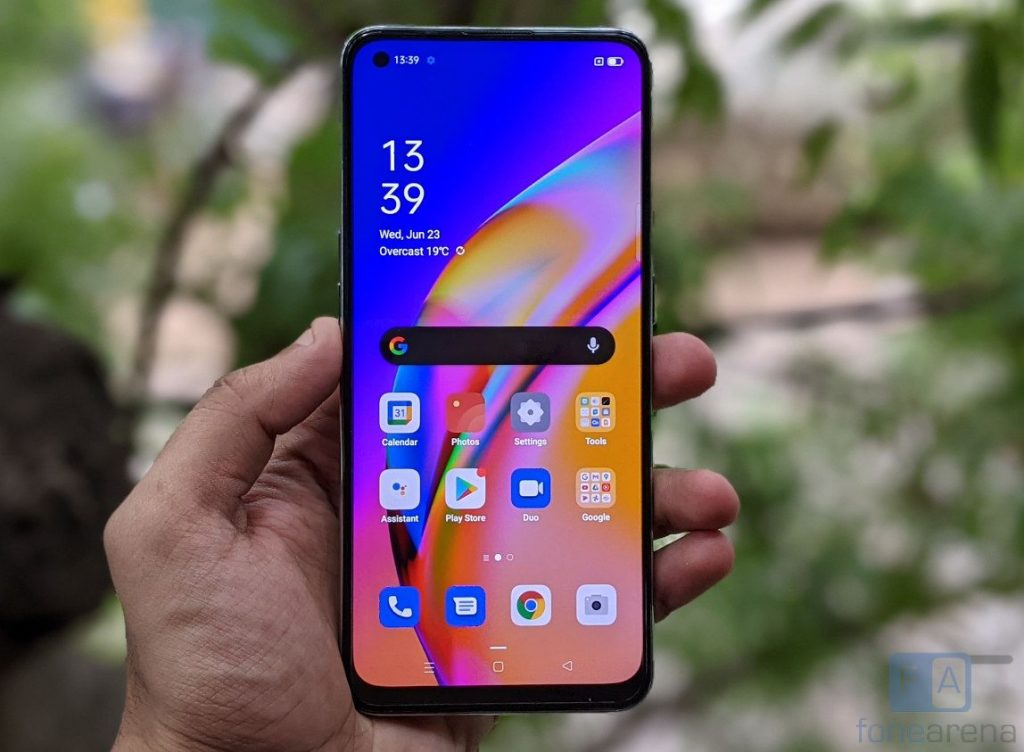 The OPPO F19 Pro sports a 6.43-inch Full HD+ (2400 × 1080) AMOLED display with a punch-hole. It has a screen-to-body ratio of 85.2%. The bezels on the three sides are quite thin with a slight chin at the bottom. It doesn’t have a high-refresh-rate screen. The display is bright (with up to 800 nits brightness), deep blacks, amazing contrast, and has decent sunlight readability. It supports HDR, and watching content on YouTube or Netflix was good. 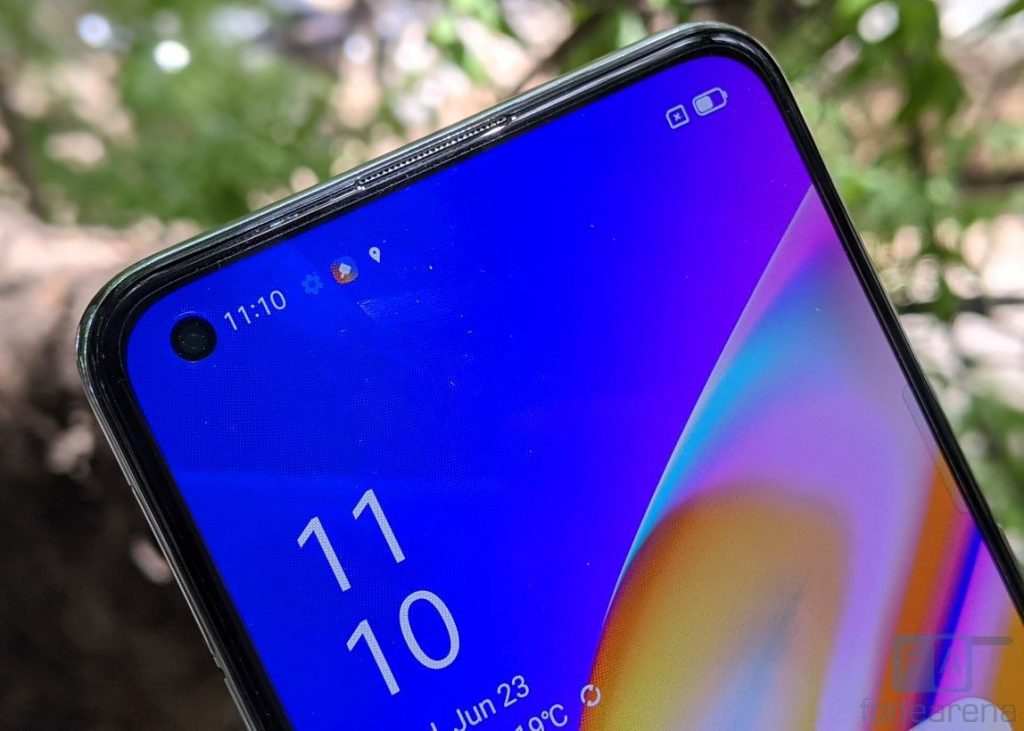 It has a 3.7mm punch-hole that houses a 16MP camera. The proximity and ambient light sensors are present under the screen. The phone has an in-display fingerprint scanner which is quick to unlock the phone. The smartphone has the usual display enhancement options like the OSIE visual effect, and you also get the option to adjust the screen’s colour temperature. 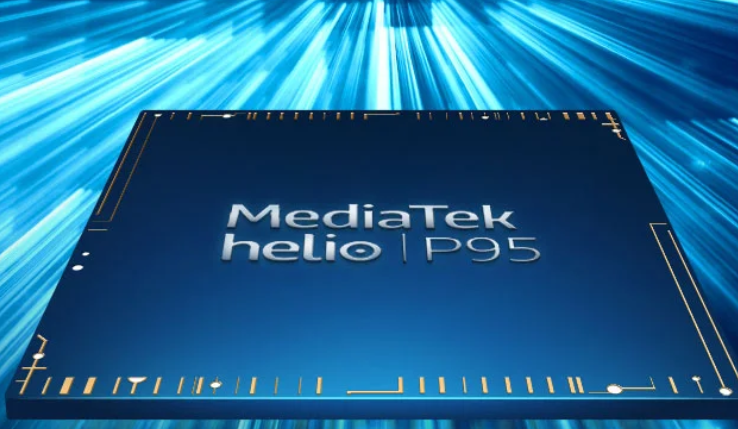 The OPPO F19 Pro is powered by an Octa-Core MediaTek Helio P95 12nm processor (Dual 2.2GHz Cortex-A75 + Hexa 2GHz Cortex-A55 CPUs) with IMG PowerVR GM 9446 GPU under the hood. In our usage, we didn’t find any issue on day-to-day usage, and the OS overall felt quite smooth.

Animations, especially for navigating the system UI, almost always felt smooth as well. During long gaming sessions, the thermals stayed under control and the phone did only get slightly warm, but never uncomfortably hot. 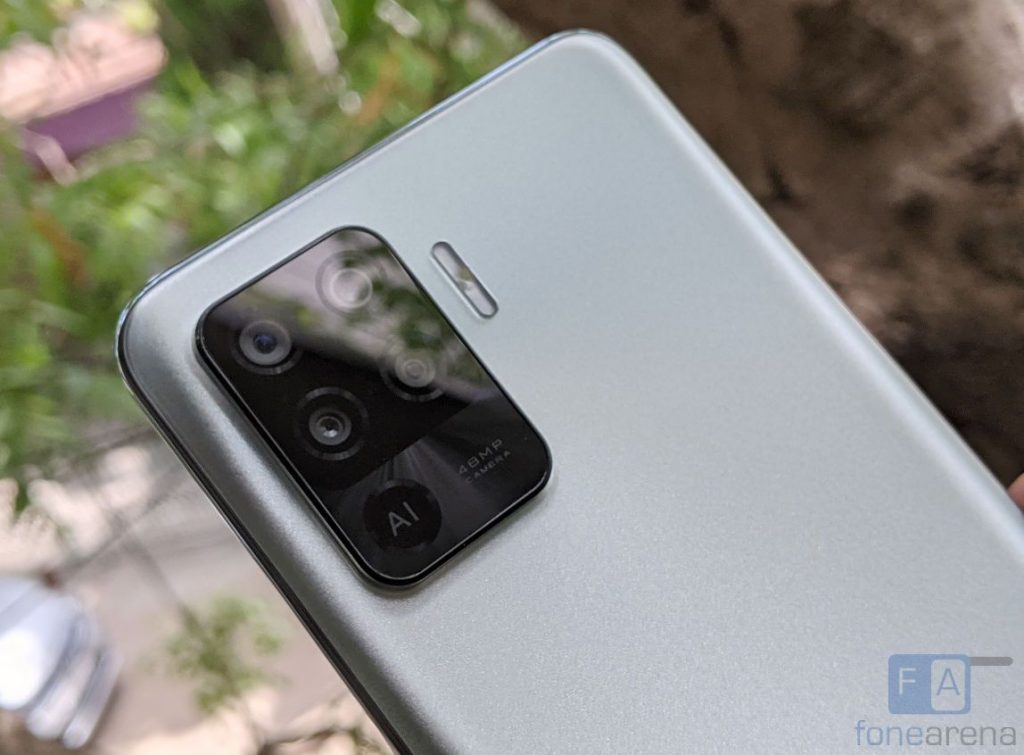 The main shooter outputs 12MP photos by default, and in good lighting conditions, the photos are quite good. They were sharp and had a good amount of detail in them. The colours were accurate and, thankfully, not too punchy which is quite common in non-flagship smartphones. White balance, at least in the photos I clicked, came out neutral and exposure compensation was good too. Ultra-wide shots are typically noticeably softer.

During the low light conditions, the camera struggles a bit, however, it was able to pull a decent amount of light in poor conditions. As a result, the photos clearly lacked detail when you zoom in. The portrait photos from the rear camera of the F19 Pro were really good though. It does after all have an extra lens that is dedicated to depth sensing. The edges between the foreground and the blurred background were clear and well-differentiated.

The photos from the front camera are good too. Like any other OPPO device, it also comes with face smoothening features, but I had them all turned off. Thanks to the dedicated sensor, OPPO did a great job with the edge detection in portrait selfies, which is becoming increasingly common in many smartphones.

It supports up to 4K 30 fps video recording. It has an AI Highlight Portrait Video feature that has an Ultra Night Video Algorithm that can detect and automatically apply algorithms that dramatically improve the visibility of nighttime footage. 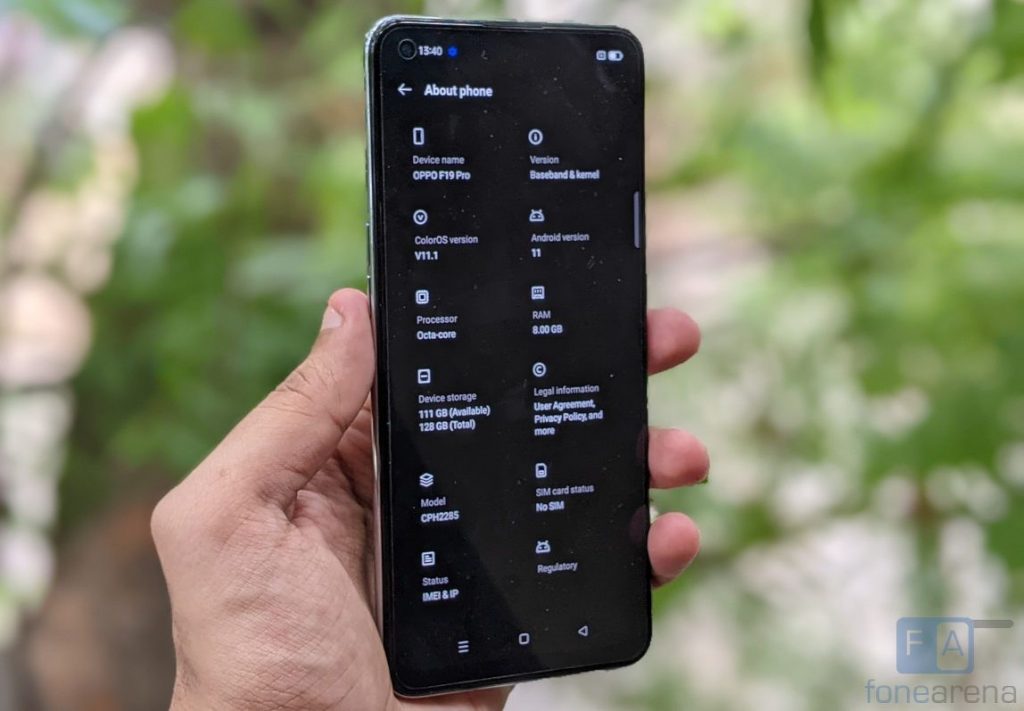 The OPPO F19 Pro runs on Android 11 with ColorOS 11.1. There are loads of customisation options now, from the home screen icons to the notifications drawers icons and more.

There are even three types of system-wide dark modes offered. Since it is based on Android 11, you get all of its features such as Chat bubbles, updated notifications, Nearby Share, and the new app permissions for access to the camera, location, and microphone. You can now swipe in either the left or right direction to dismiss it, which was not the case before.

In regard to the pre-loaded apps, the F19 Pro comes with a usual selection such as SoLoop, WPS Office, YT Music, Snapchat, Netflix, OPPO Relax, HeyTap Cloud, etc. These can be uninstalled quickly enough and will be re-installed back if you reset the phone. 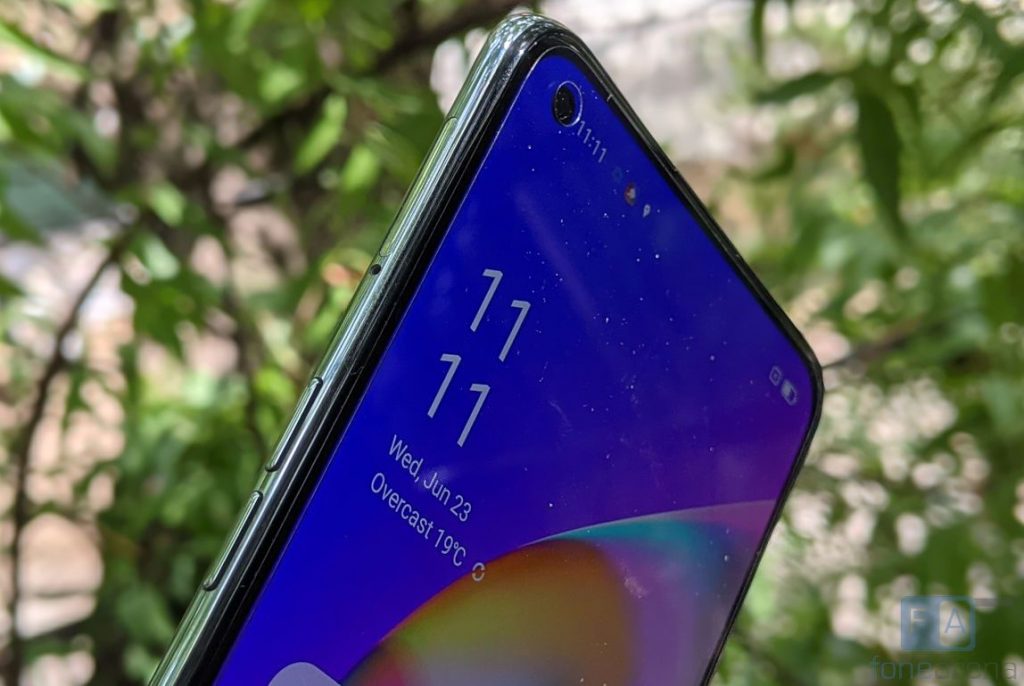 During our review, I did not face any dropped calls, the audio through the earpiece was loud and clear and the microphone recording was reported to be clear too. The phone supports Dual 4G VoLTE, Wi-Fi 802.11 ac (2.4GHz + 5GHz), Bluetooth 5.1 and GPS/GLONASS/Beidou/Galileo.

The F19 Pro is powered by a 4310mAh battery.  During my review, I was able to consistently get over a day of heavy use, and nearly two days with moderate to light usage. I could manage to get over 6.5 hours to 7 hours of screen time.

The F19 Pro supports OPPO’s fast charging technology that will charge the smartphone with the included 30W adaptor. OPPO also offers a feature with ColorOS 11 called Battery Guard where the smartphone will learn your wake-up times and, if kept for charging in the night, it will keep the phone at 80% charge and bring it to a 100% charge right when you wake up. This can help improve the overall battery life of the device.

The OPPO F19 Pro is a sleek device with a great screen, lots of RAM, and storage, and an above-average camera experience. The phone feels fast and smooth, both in day-to-day usage and gaming, and ColorOS 11 is a breath of fresh air in terms of the phone’s software experience. Considering all the above features, the OPPO F19 Pro is a good option for those who are looking for devices under Rs. 25,000.