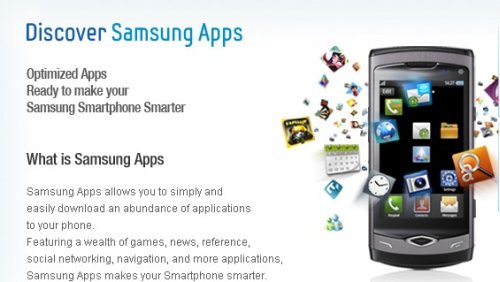 Samsung just announced that it’s Mobile and TV application store Samsung Apps has crossed 100 Million downloads since it’s launch in June 2010. The app store now boasts of 13,000 apps and is available in 120 countries.France, Germany and Spain accounted for 40% of all downloads from the app store.

“We are anticipating that Samsung Apps will show a rapid growth in 2011, especially with a variety of the upcoming bada device line-up” said Kang-Hyun Kwon, Senior Vice President of Media Solution Center, Samsung Electronics. “Through consistent service improvement and high-quality app selections, we will continue to offer optimised application services for Samsung smartphones.”

To mark this milestone Samsung is giving away some freebies such as the Samsung Galaxy Tab , Galaxy Player , USB drives and vouchers. All you have to do is download an app from Samsung Apps on a supported phone such as Wave, Wave II, Wave 525, Wave 533, Wave 575, and Wave 723. One winner will be picked per week through a lucky drawwill run from March 25th to April 30th, 2011.