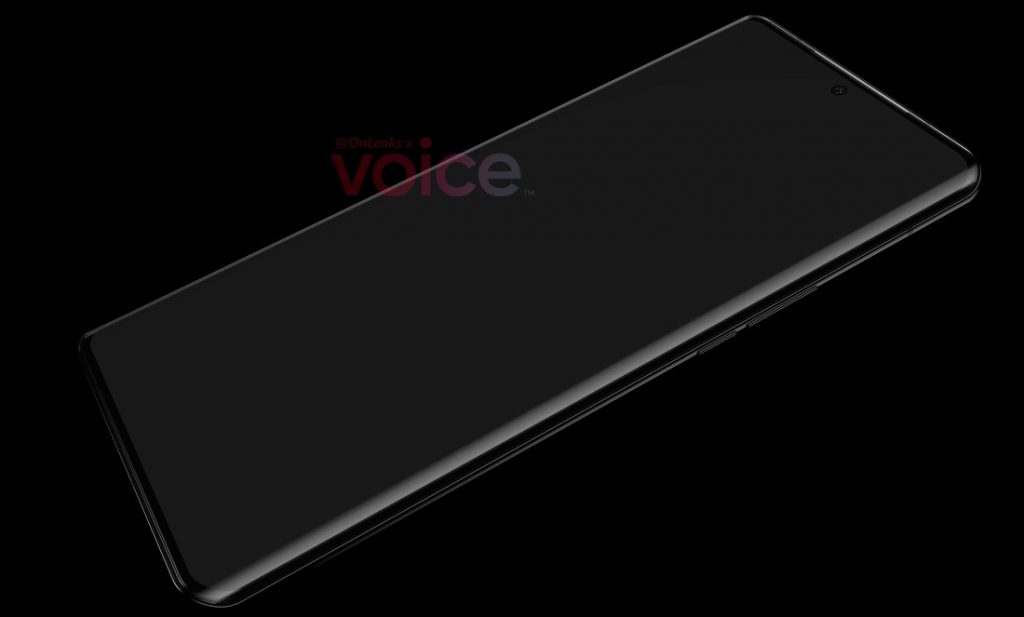 HUAWEI is working on its new P series flagship for the next year. Now the CAD render of the HUAWEI P50 Pro has surfaced that shows the curved display of the phone, thanks to @OnLeaks. The phone is said to feature a 6.6-inch screen, which should be an OLED panel with an in-display fingerprint scanner, but it is not clear if the company will stick to FHD+ resolution.

It has a single punch-hole that has been moved to the top center compared to dual punch-hole screen in the left corner in the predecessor, so it should ditch IR Camera for Face unlock. The phone is also said to ditch the magnetic earpiece speaker for a standard earpiece.  The phone is said to be 159mm high and 73mm wide, almost the same as the P40 Pro.

The phone should run Android 11 out of box with EMUI 11 on top with HMS. Camera, battery and other details are not revealed yet, but we should know more details in the coming months before it is introduced sometime in Q1 2021.