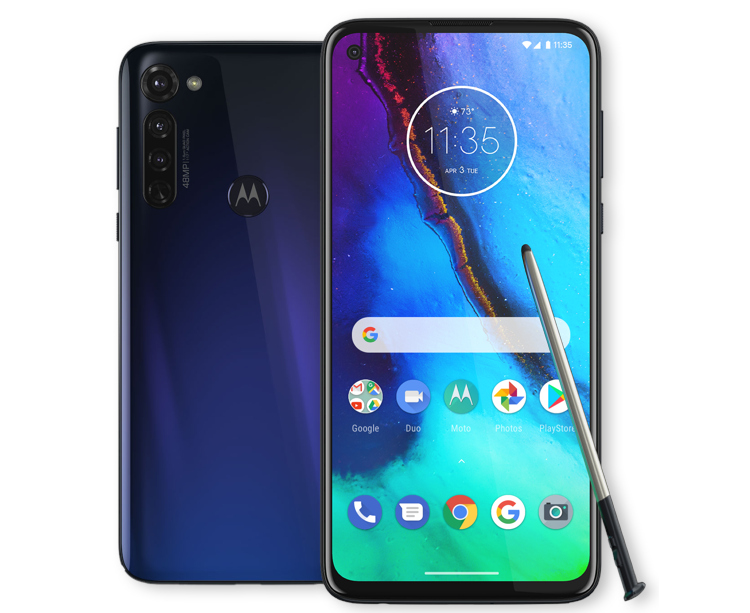 The Motorola Moto G Stylus was launched earlier this year, and it was one the cheapest smartphone that you could be that came with a stylus. Motorola is reportedly working on the next generation for the model with a planned release in 2021, and well known twitter user @evleaks has leaked some of its specs.

The device is reportedly codenamed Minsk, will run the Qualcomm Snapdragon 675 Mobile Platform and have the 4GB+128GB configuration, which is the same as this year’s model. For screen size however, the 2021 edition is expected to come with larger 6.81-inch (1080 x 2400 pixels) display and the smartphone will come out-of-the box with Android 10.

The fingerprint sensor will be moved from the back to its side, NFC support will not be present and the battery capacity will remain the same at 4000mAh. Regarding cameras, the Moto G Stylus (2021) will likely feature a quad-camera setup with 48-megapixel primary, 8MP ultrawide, 2MP macro, and 2MP depth sensors, along with a 16MP, punch-hole front camera.

There is no information on the release date or its price, however we can speculate its launch to be sometime early next year, similar to this year’s Moto G Stylus launch date.