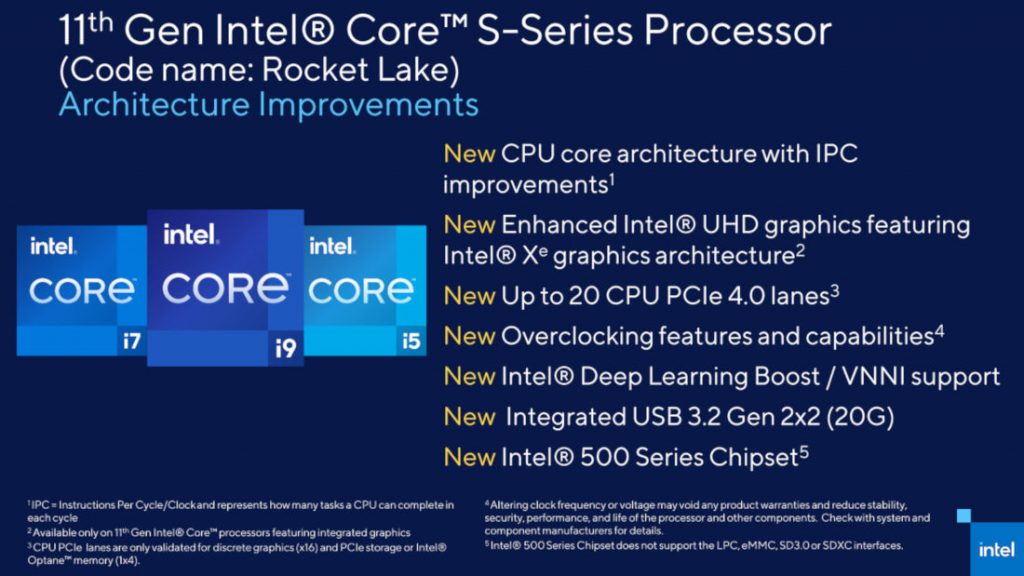 Features being introduced with 11th Gen Intel Core S-Series include:

The 11th Gen Intel Core S-Series desktop processors will launch in Q1 2021, but we should know more details about the processors from Intel before that.