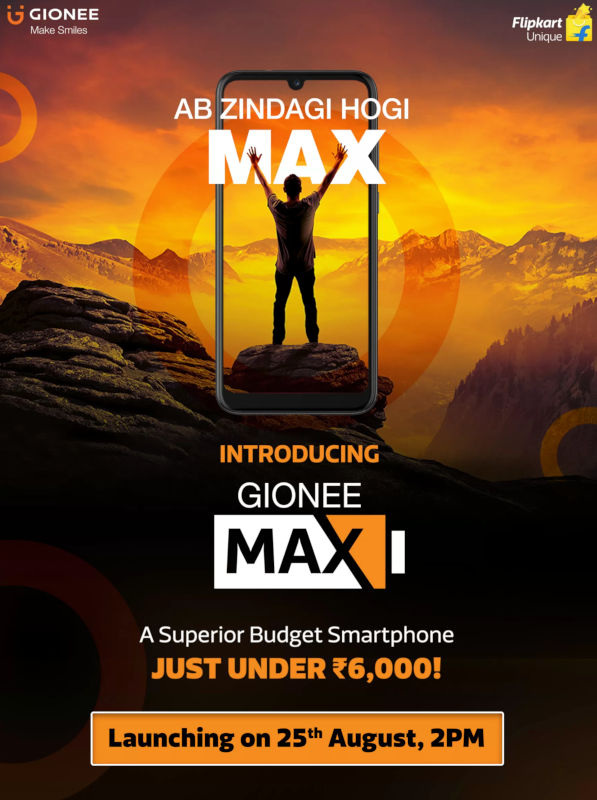 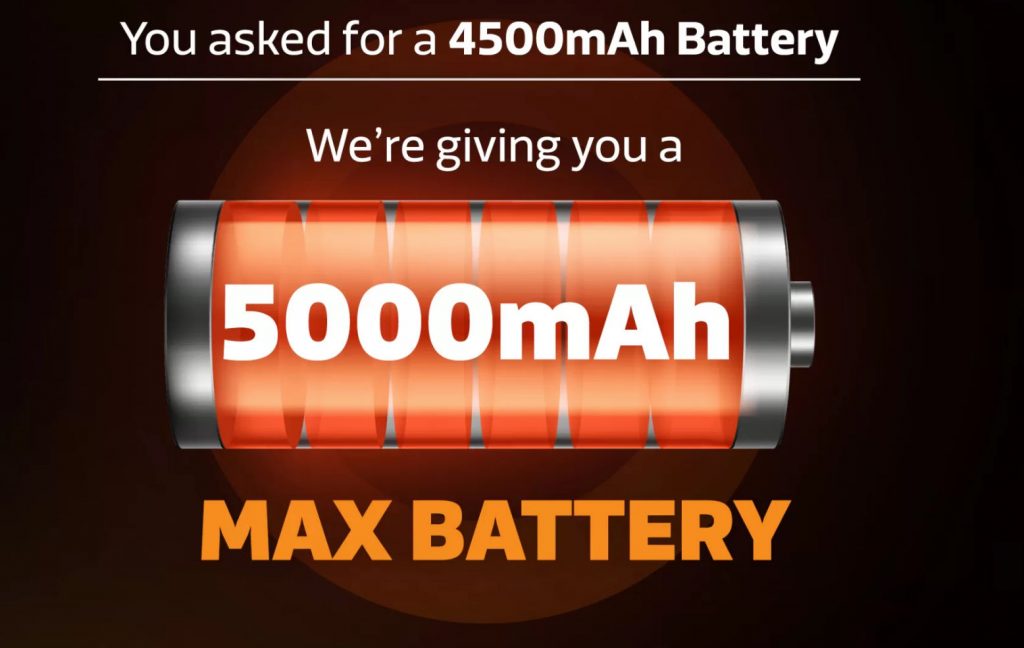 Gionee has been launching smartphones in China, but it is almost one year since the launch of Gionee F9 Plus in India, after Karbonn Mobile’s holding entity Jaina Group took over the Indian arm of the company. Today the company has confirmed that it will introduce new Gionee Max budget smartphone in India priced under Rs. 6000 on August 25th on Flipkart.

The teaser image confirms a water drop notch screen with large bottom bezels, and it will likely come with an HD+ screen. The company said that it will have over 4500mAh battery, and added that it will reveal more details including the battery in coming days.

We should know the price when the Gionee Max smartphone is launched officially in the country next Tuesday.