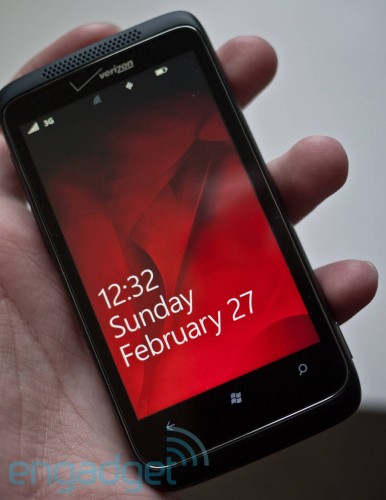 There have been rumors regarding Verizon planning to launch its first Windows Phone 7 in March. So here is the good news for all the Verizon customers. Finally the phone was found, sporting the Verizon logo and running the latest version of  Windows Phone 7, with NoDo update which will include copy/paste as well as CDMA support.

Microsoft had stated prior to the first device rollout that WP7 would be GSM-only for the first several months, with the initial CDMA handsets not coming until the first half of this year. The HTC Trophy features a 3.8-inch  LCD display with key specs such as a 5 megapixel camera, 1Ghz Qualcomm processor, 576MB of RAM, 3G, WiFi and A-GPS. The device is expected to launch soon with a price tag of $199, with a two-year customer agreement.