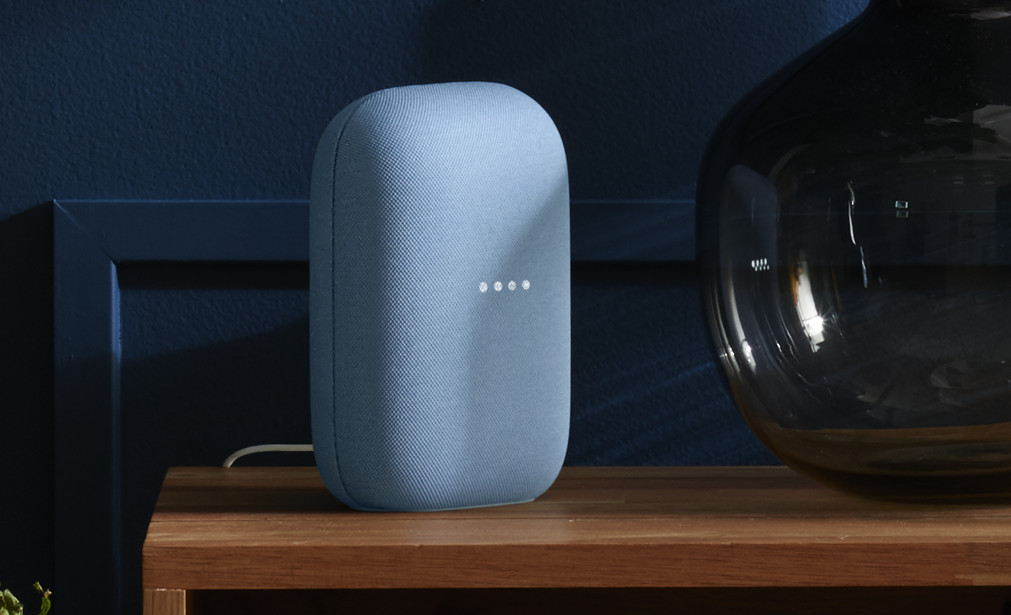 Google has started teasing its upcoming Nest smart speaker, which will be the successor of the Google Home (Nest) that was introduced back in 2016. It surfaced last month with the codename ‘Prince’. It has also passed through the FCC revealing coral colour, in addition to Blue shown in the picture, dual-band Wi-Fi, Bluetooth and comes with 30W DC charger in the box.

Here’s the 13 second video they shared with us. pic.twitter.com/TMw9HSeSbC

The smart speaker is expected to come with larger drivers compared to the predecessor, hence the size is bigger according to the image.