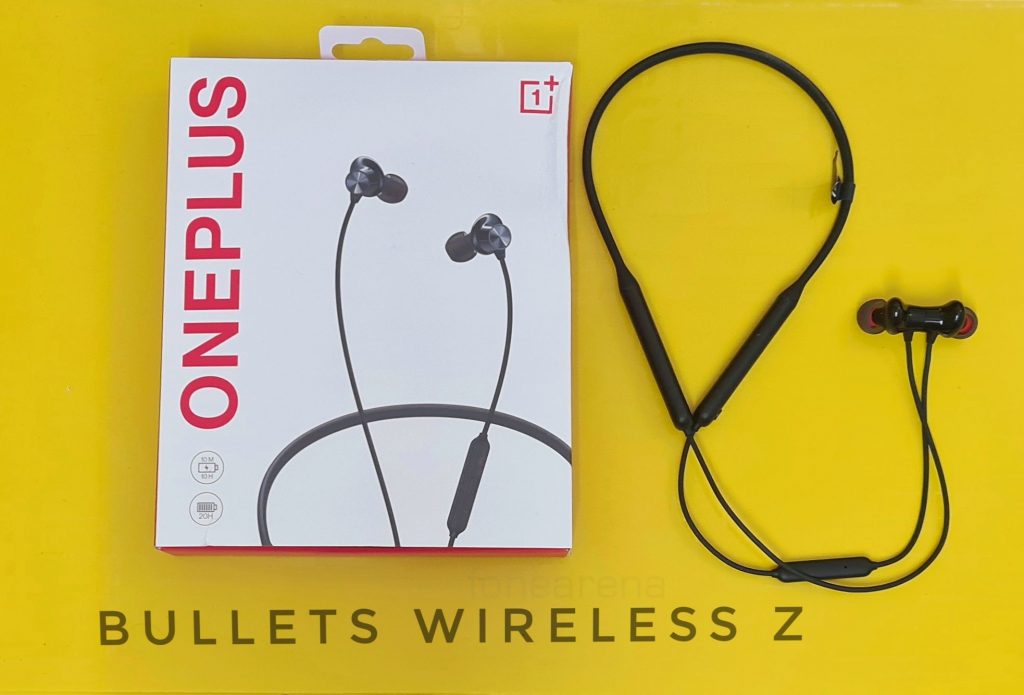 The earphones market is growing at a tremendous pace in India and consumers now have a wider choice than before to choose from a plethora of products from different brands. Although wired earphones are still popular among consumers, the transition to Bluetooth earphones and true wireless earphones is happening swiftly as well, thanks to the convenience and of course, smartphone manufacturers (not all) removing the most liked 3.5mm audio jack. 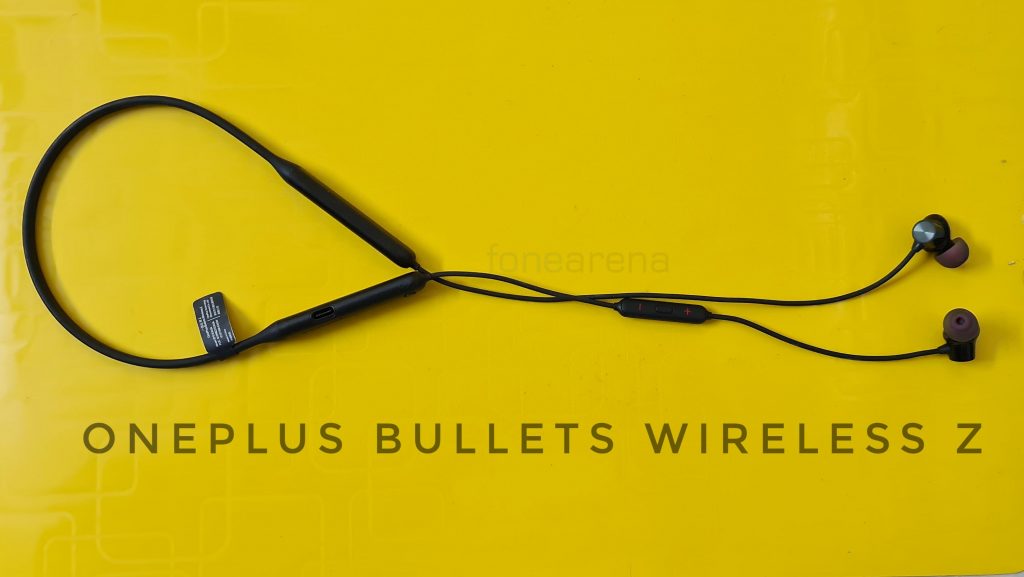 Although the Bullets Wireless Z is made up of plastic, the build quality is solid and OnePlus hasn’t compromised here. Yes, it doesn’t give a premium feel, but at the same time, doesn’t feel too cheap either. Moving on, the volume and control button is easy to reach when the neckband is worn and the rubber material used around the neckband area does not cause any irritation as such. It offers comfort while using even for longer periods of time. Similarly, the design of the earbuds is neatly done as well and offers a comfortable fit in your ears. More on the comfort in a bit. 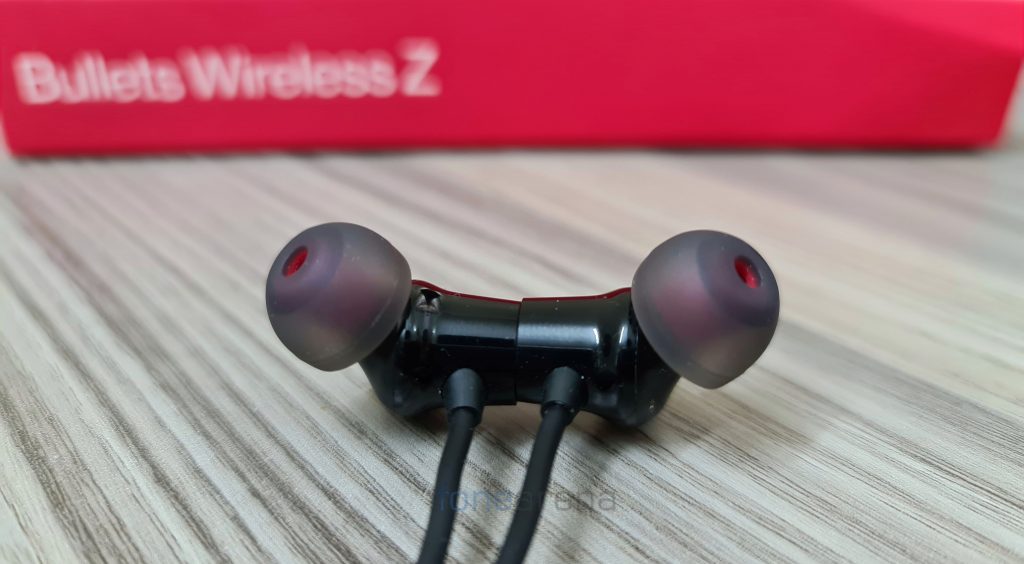 Having said that, there are downsides to the design as well. The mushy volume buttons don’t offer great feedback and the tiny LED indicator makes it difficult to check the status of the earphone. On the whole, the design language hasn’t strikingly changed from the Bullets Wireless Z and is just done right, considering the price point. 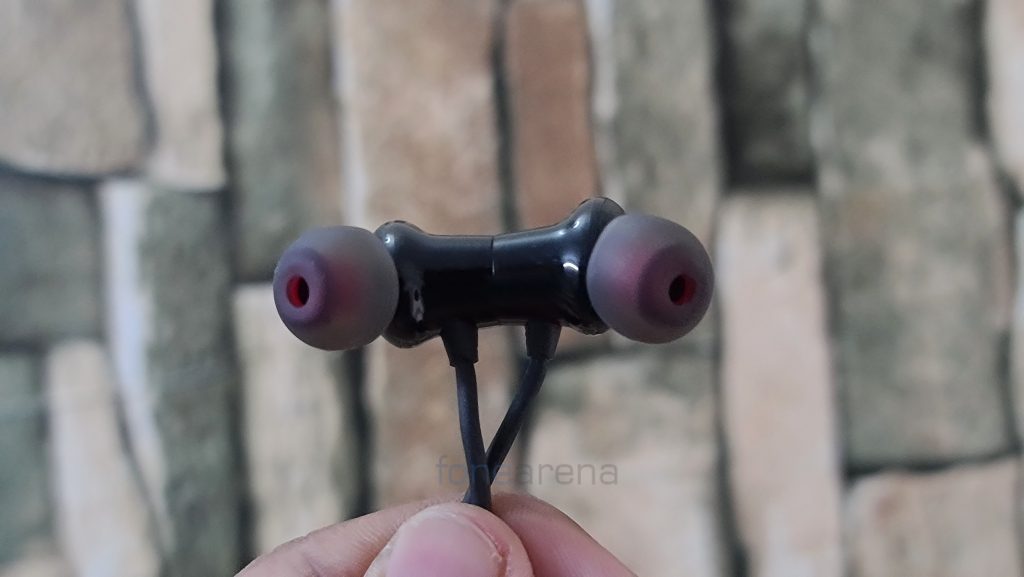 The Bullets Wireless Z are in-ear style earphones and although the fit varies depending on your ear size, it fits snugly in my large ears and there were no issues in that. As usual, you get three sizes of replaceable ear tips (small, medium, large), and the quality of the earbuds is good as well. During workout sessions or when you are using the Bullets Wireless Z on the bed in a tilted posture, the earbuds don’t fall off easily which is a good thing. 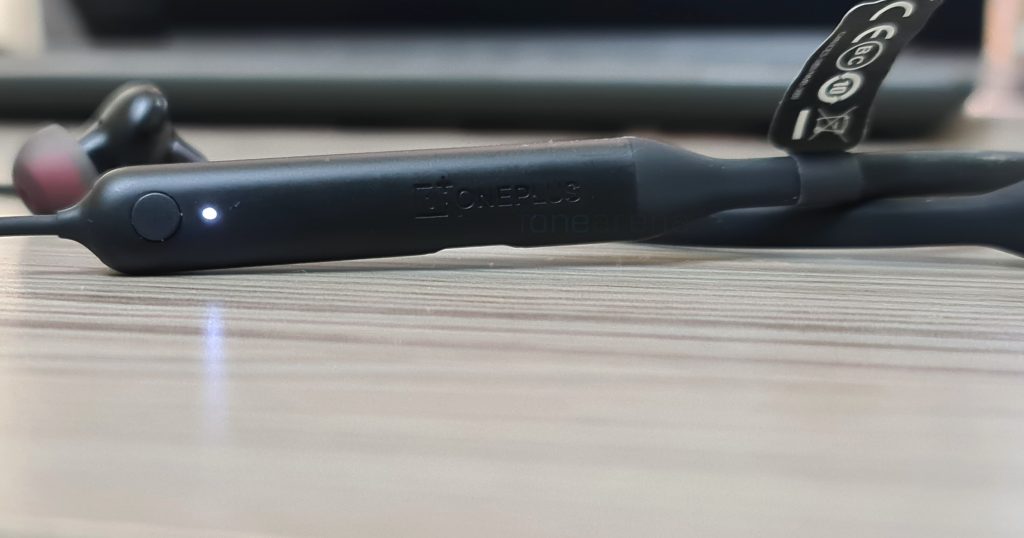 The Bullets Wireless Z isn’t the fastest when it comes to pairing, at least on non-OnePlus devices. There is no mention of Google Fast Pair and similarly, there is no support for wear detection which means no auto play/pause. But on the other hand, the Bullets Wireless Z supports quick switch between two paired smartphones and the process is quick and seamless. A long press on the button turns on the pairing mode, and a double-tap action triggers the quick switch functionality.

The OnePlus Bullets Wireless Z packs a 9.2mm dynamic driver with “super bass tone” fitted in each earbud. It supports SBC (low-complexity subband codec) and AAC (Advanced Audio Coding) on supported devices, but lacks aptX Audio codec like the Bullets Wireless 2. Coming to the sound quality, the highs and mids are great on this one, and OnePlus has done a great job in tuning the same. The vocals have very good depth and clarity, and even the soundstage was good as well. In songs like Aye Sinamika (Tamil), the clarity of the vocals were great and the same is the case with high tones in the song. As stated earlier, OnePlus has done a good job with the soundstage and you can easily distinguish the audio coming from each side. Similarly, in songs like Play Date, the detail levels from the Bullets Wireless Z were very good and even with crowded background score, the clarity of the vocals was good. 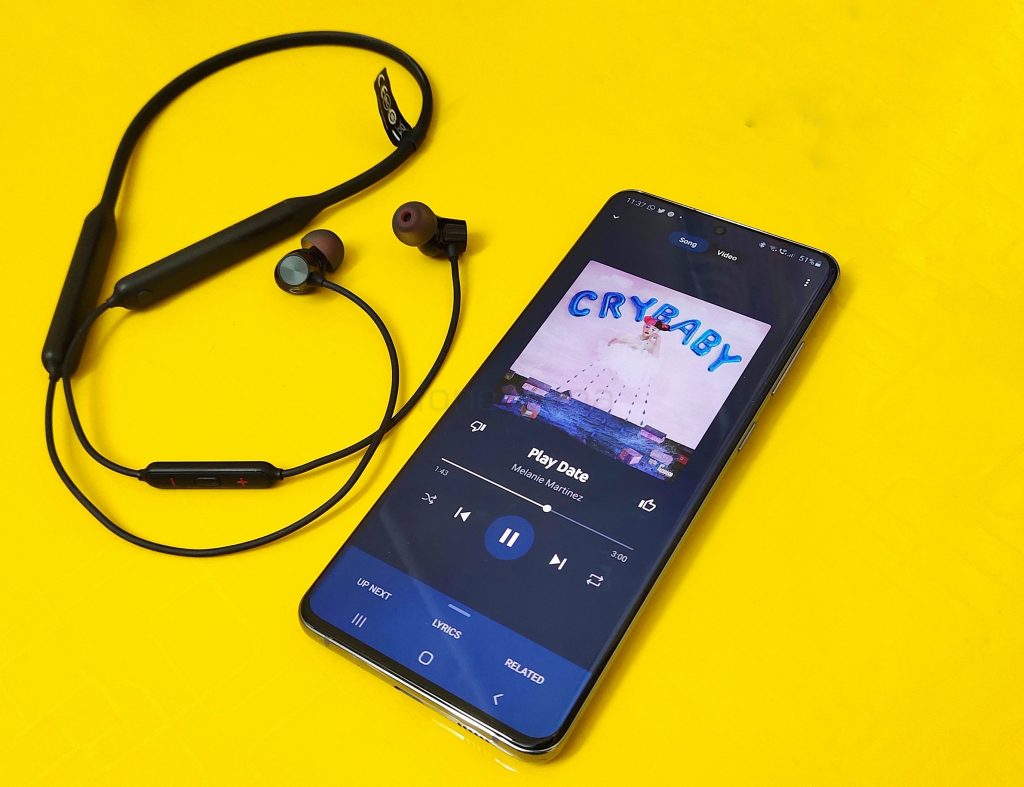 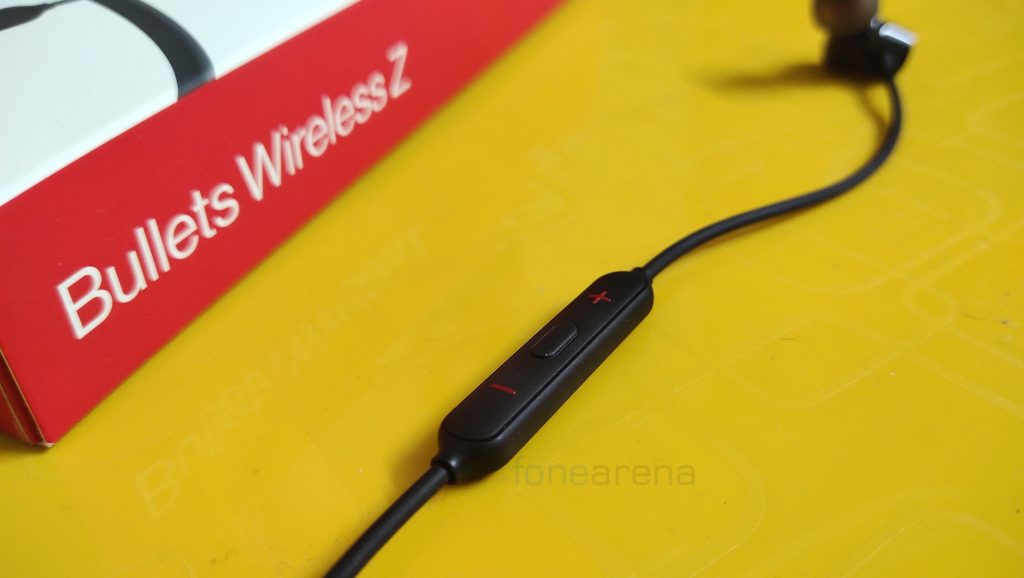 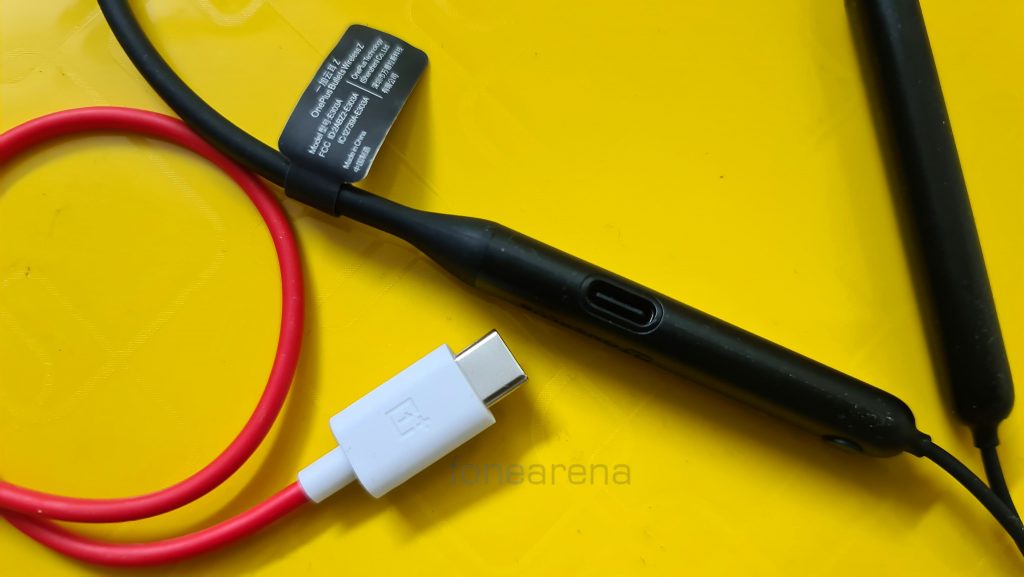 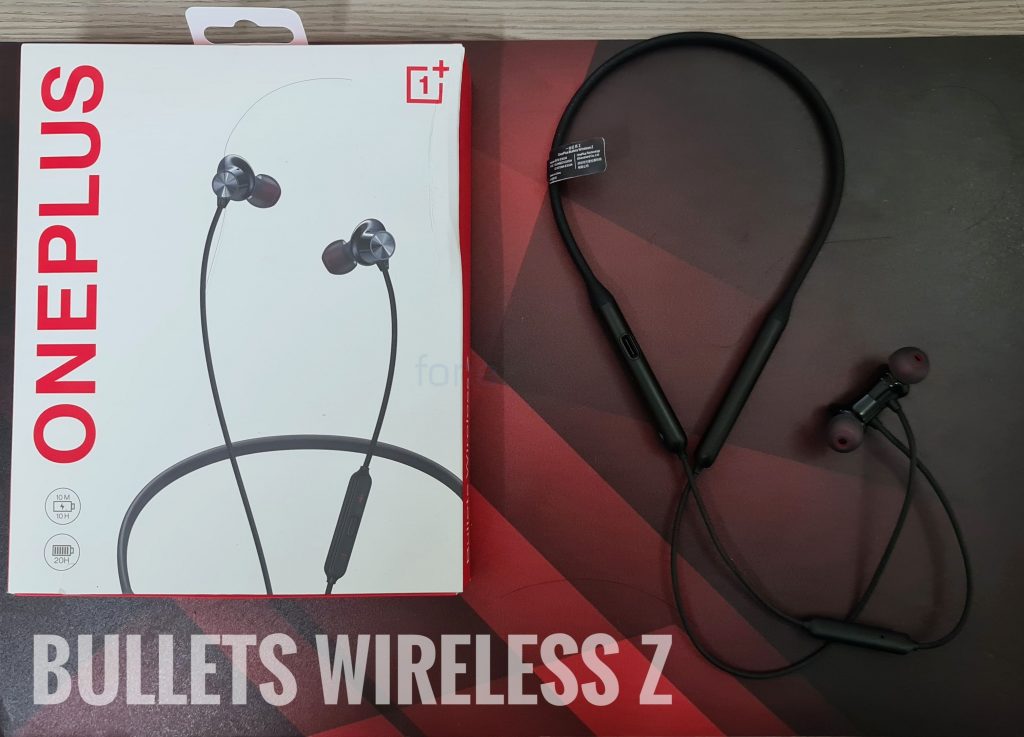 Priced at Rs. 1999 in India ($49.95 in the US), the OnePlus Bullets Wireless Z gets the basics right with a great quality microphone and excellent battery life. It does a very good job in mid and high tones, but is not for users who prefers a lot of bass on their earphones. If you are a person whose primary usage is long duration calls and a bit of music from time to time, the Bullets Wireless Z is a great choice under Rs. 2000. But, if you are a bass lover, then the Bullets Wireless Z is not for you and you might want to check out the other alternatives.

The OnePlus Bullets Wireless Z comes in black, blue, mint and oat, and is available to buy from Amazon.in, Flipkart, and oneplus.in.