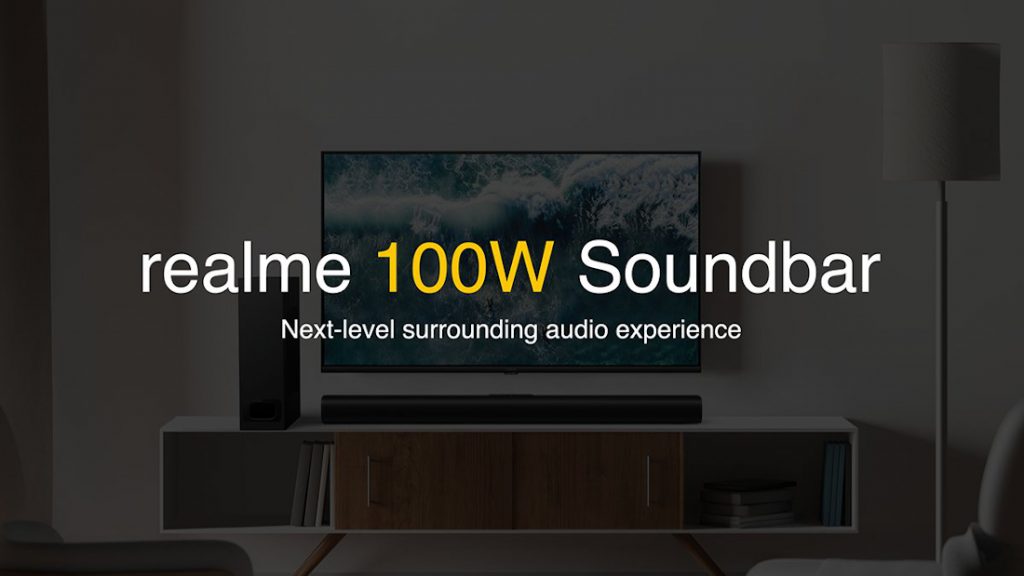 Realme announced a bunch of new products, none of them being smartphones, for India during their LeapToNext launch event. They are making a stronger push in the lifestyle tech market with the realme Watch and realme Buds Air Neo and also the home entertainment market with the realme TV. Interestingly, right after the event, realme has already teased their next product, the 100W realme Soundbar. 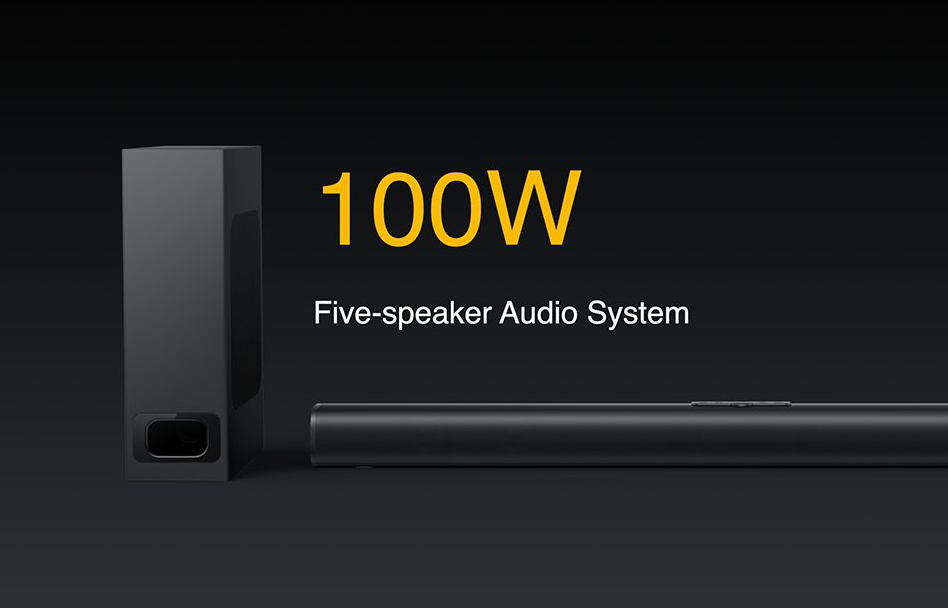 The realme Soundbar was also teased during the actual livestream event. The only information provided by realme was that it will be a 100W system with “4 speakers & a subwoofer to offer you a next-level surround sound experience.”

While having 4 speakers sounds great, it is clear from the pictures provided that all 4 four will be part of the soundbar itself and not be 4 individual speaker units. We can expect some sort of surround-sound simulation tech to come built-in.  They also did not mention how powerful the individual speakers and woofer will be.

realme will most definitely pair the Soundbar with their newly launched realme TV, marketing them as the complete home theatre system for a great price. Since they have teased the product already, the launch of the Soundbar should not be very far.