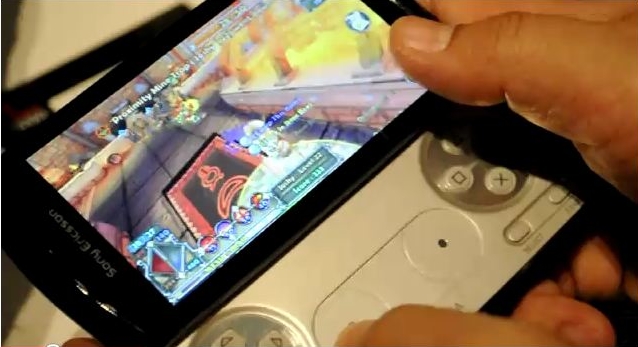 The Sony Ericsson XPERIA Play is the world’s first Playstation Certified phone. It features the gaming controls from the original Playstation joystick. The iconic X, Circle, Square and Triangle keys are present on the right side of the device. The left side has the cursor keys. The two touch sensitive pads in the middle are the joysticks.

The controls feels quite comfortable to use and seem to be quite rigid enough for heavy gaming. the main advantage with dedicated controls is that the user can still view the entire display while gaming.

The XPERIA Play will launch with one title preloaded on it. At present there are 50 titles available for the XPERIA Play for download. More games are being developed. The Playstation Market will be launched at the end of the year.

The specifications of the XPERIA Play are:

The contents of the sales package are (May vary from region to region) :