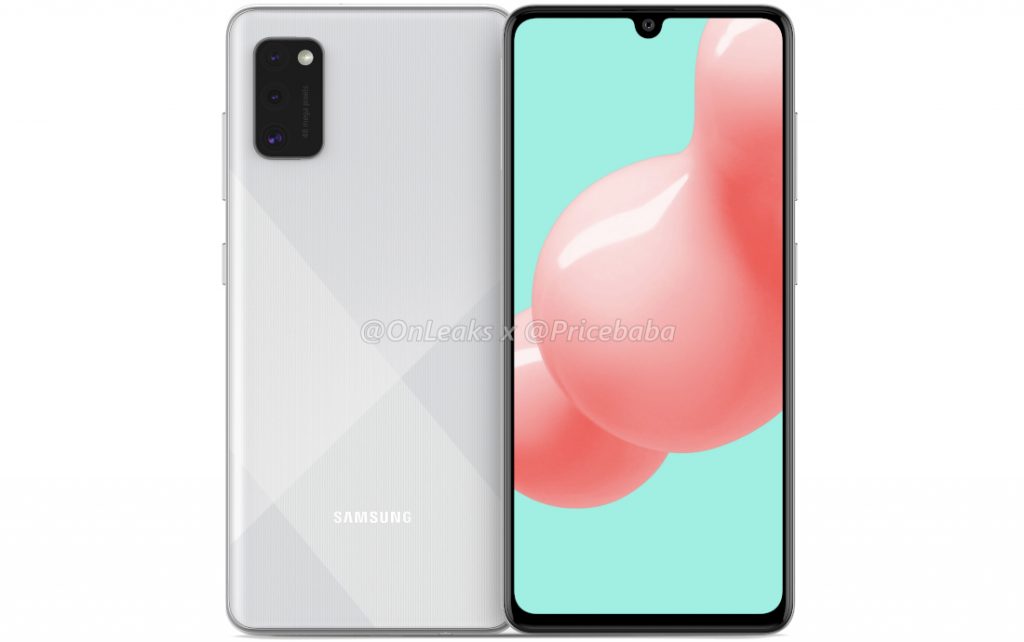 The Galaxy A51 was launched back in January, offering decent mid-range performance for its price. Now renders have surfaced of Samsungs next smartphone in the Galaxy A-Series, namely the Galaxy A41. The renders, provided by popular leaker, @onleaks, shows a device with a large screen having an inifinity U display, a 48MP triple camera, USB-C and more. 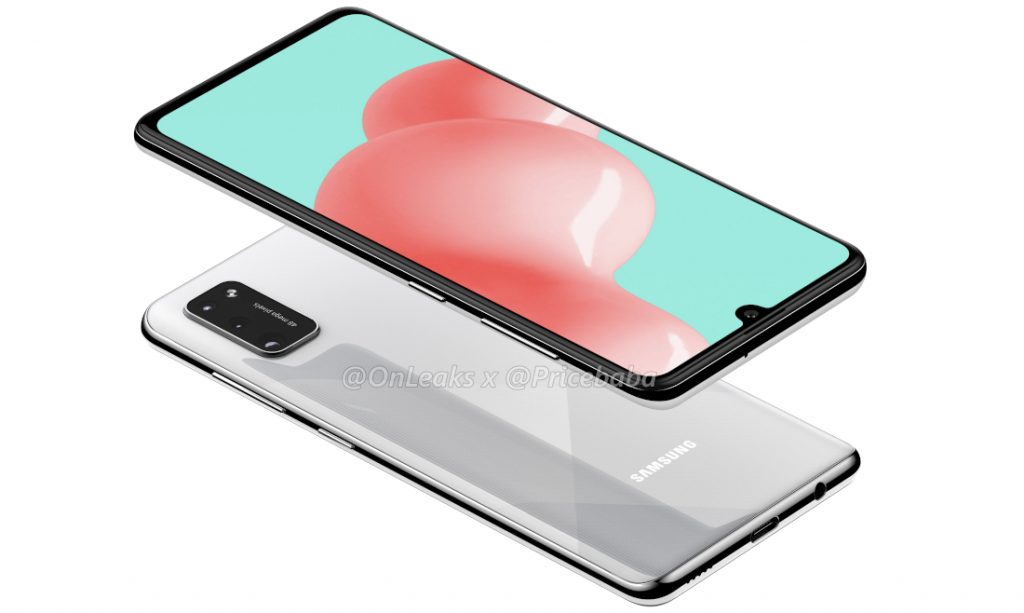 This will be Samsung’s third smartphone in the A-series, after the Galaxy A51 and the Galaxy A71. Unlike the other two devices, the Galaxy A41 will not feature an Infinity-O display, instead it will have the Infinity-U display. Screen size is predicted to be around 6 to 6.1 inches while device thickness will come around to 8.9mm with the camera bump.

On the back of the device, we can se a triple camera setup in the top left corner with a LED flash. One of the cameras is confirmed to be a 48MP sensor while information about the other two camera sensors remain unknown. The front selfie camera will likely be a 25MP shooter housed in the U shaped notch in the front. On the right edge of the device we see a power button and volume rocker and on the bottom edge of the device we can see USB Type-C port, 3.5mm audio jack and a speaker grill.

For internals, Geekbench leaks points to the device being powered by a octa-core MediaTek Helio P65 chipset along with 4GB of RAM. Samsung will offer two variants, 64GB and 128GB, and for software, it will run OneUI 2.0 based on Android 10. Other rumours point to a 3500 mAh battery with 15W fast charging.