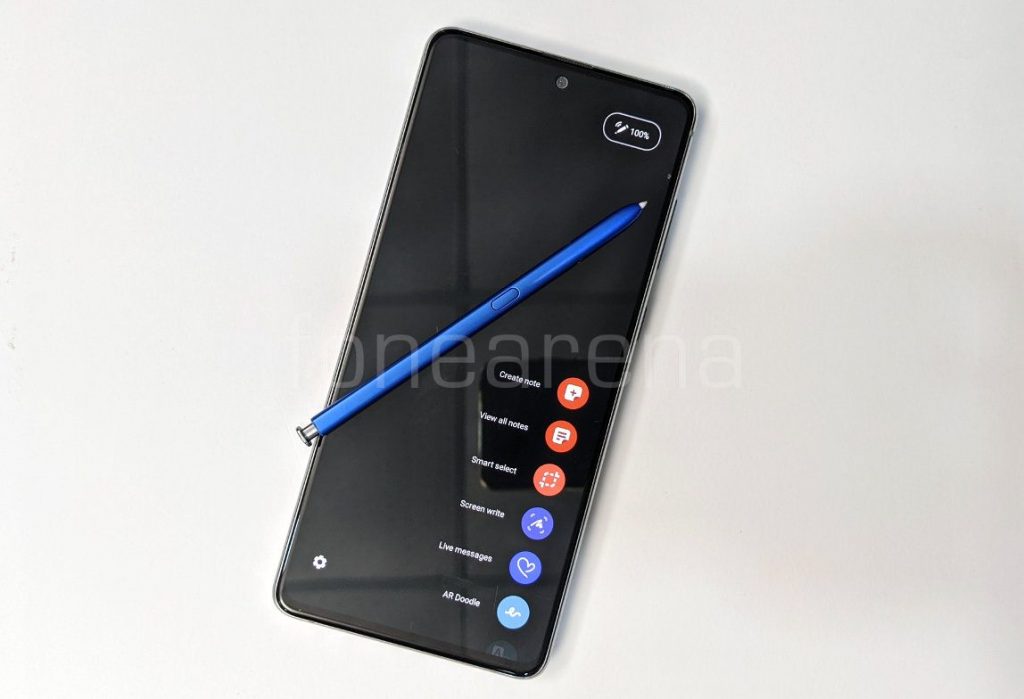 Samsung tried to challenge the upper mid-range series of smartphone with Galaxy A series, but it doesn’t pan out as expected. In this regard, the South Korean tech giant has changed its road map by launching a new smartphone in a price segment it had not concentrated much on in the last few years.

Came out of nowhere, the Galaxy Note 10 Lite is pitted against the likes of OnePlus 7T, Realme X2 Pro and other smartphones between Rs. 30000 to Rs. 40000. Having said that, we have jotted down list of points why you should and should not buy this smartphone.

For the uninitiated, Samsung launched the Note 10 Lite in the Indian market last month across major retail stores, Amazon.in, Flipkart and Samsung.com. Do read the review and comment your opinion about the device down below.

Why should you buy it? 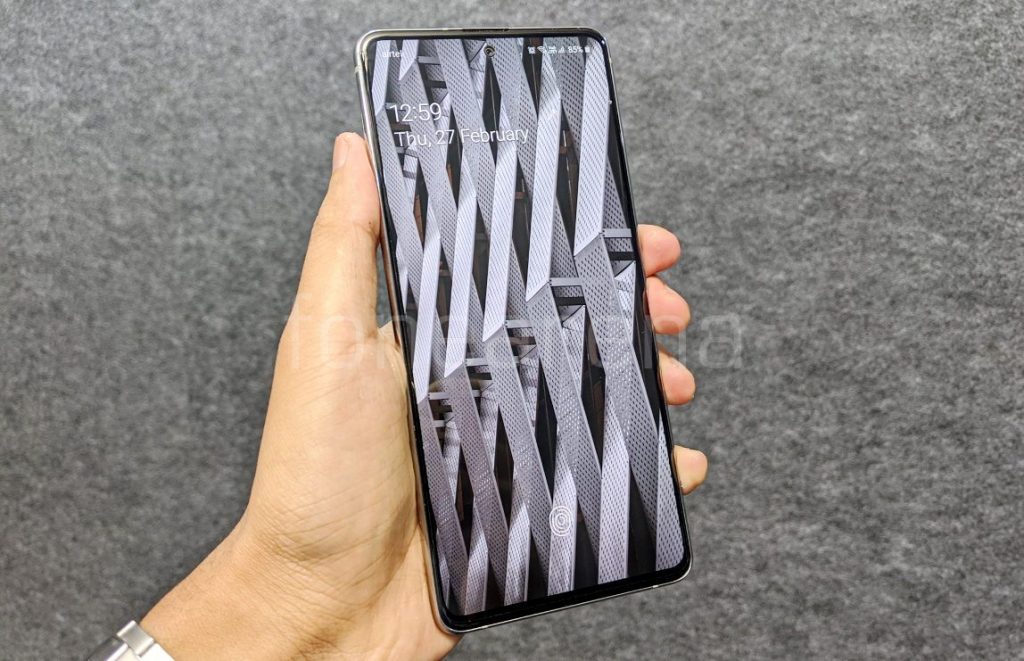 The Galaxy Note 10 Lite sports a 6.7-inch (2340 x 1080 pixels) Full HD+ Super AMOLED Infinity-O Display, translating into a pixel density of 394ppi. The sunlight legibility is excellent, black levels are deep, and watching media, especially high-resolution content from the likes of Netflix, is a pleasure. Unlike its bigger sibling, it has a flat-screen without any curves and is certified for HDR playback.

To give you an idea, the Note 10 Lite display is comparable with Galaxy A series devices and not anywhere near-flagship smartphones, including OnePlus 7/7T, Realme X2 Pro devices. It’s worth mentioning that the device offers a screen-to-body ratio of about 86.6%.

Furthermore, the colour reproduction is good with the right amount of saturation and contrast. The viewing angles are good, supports Widevine L1, and the notch in the middle is least intrusive when consuming content. Under the display settings, we can access Screen Mode option — Vivid and Natural, Edge Screen feature, Font Size and style, and much more. If you are not concerned about battery life, the AOD option can be turned on as well.

When it comes to the Galaxy Note series, S-Pen is the heart and soul of the device. Without the S-Pen, the Note wouldn’t be a Note and without the large screen. Taking out the S-Pen from the device reveals a list of actionable features such as Notes, Smart Select, Screen write, Live messages, AR Doodle, Translate, and PenUp. It also comes with a common set of features, including Air Command, Air Actions, and other remote control features as well.

Might as well add that the mechanism for accessing the S-Pen is also well-designed and built, with the S-Pen itself feeling sturdy. For an average user, S-Pen doesn’t add much value to the device; however, in my case, it’s great for taking notes, drawing, and clicking photos remotely. The S-Pen defined the Note series, and it continues to do so in much more advanced ways on the Note 10 Lite.

Exynos 9810 is still quite powerful! 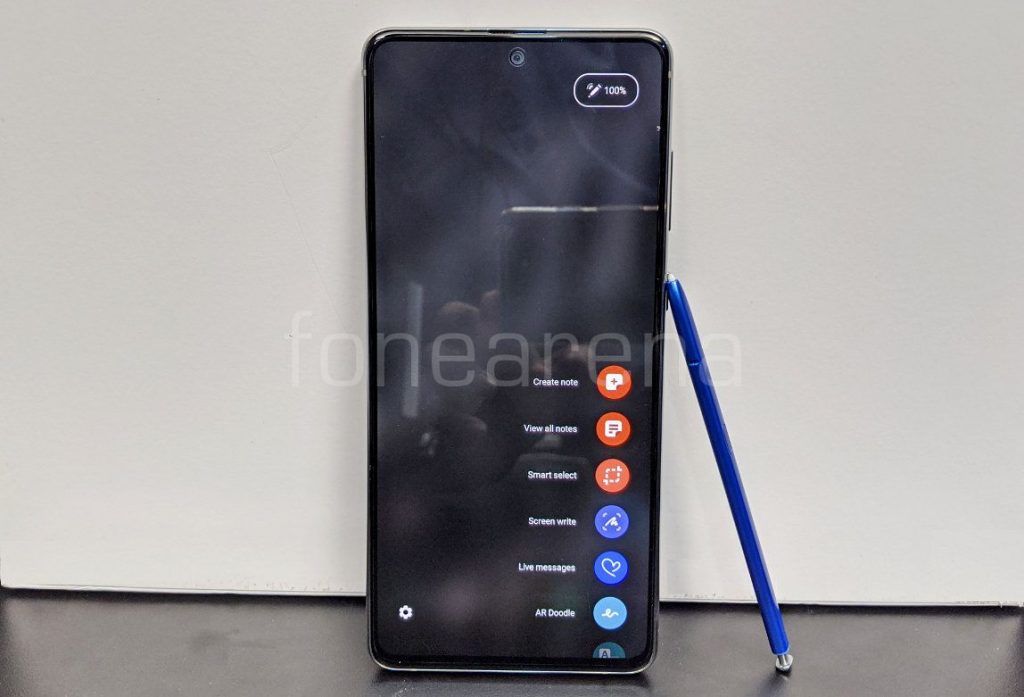 The Samsung Galaxy Note 10 Lite is powered by an Octa-Core Exynos 9 Series 9810 (Quad 2.7GHz + Quad 1.7GHz) 10nm processor with Mali G72MP18 GPU under the hood. Two years old processor was previously seen in Galaxy Note 9, which at that time was pitted against Qualcomm Snapdragon 845.

In our usage, it works as intended, meaning, manages the casual day-to-day activities. However, it shows a few stress signs during heavy usage. Also, we did feel the warmth after a long session of gaming. Overall, the Note 10 Lite feels snappy, much like you’d expect on a 40K device. Check out some synthetic benchmark scores. 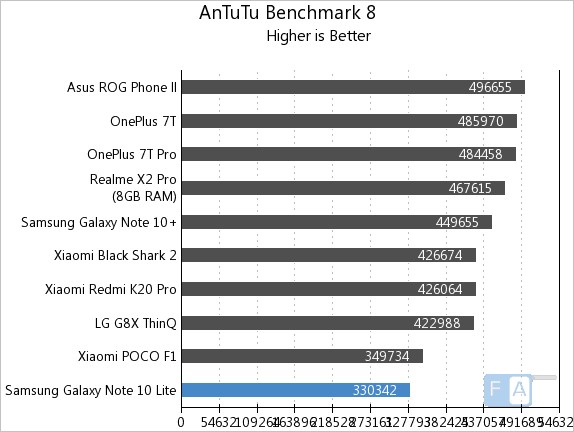 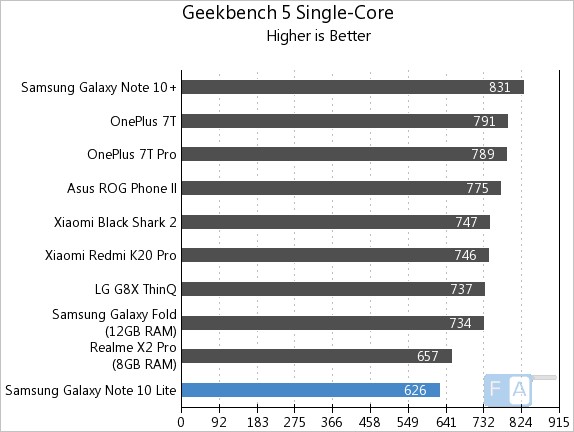 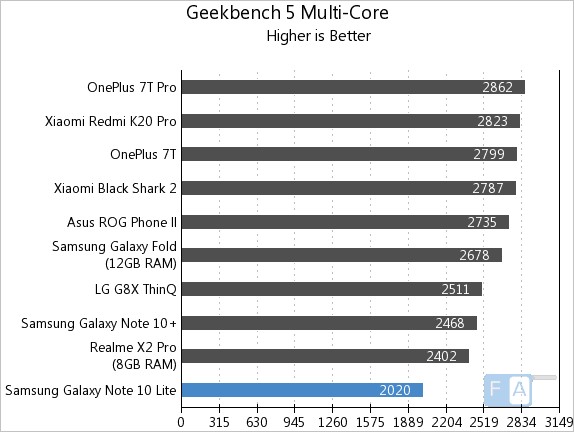 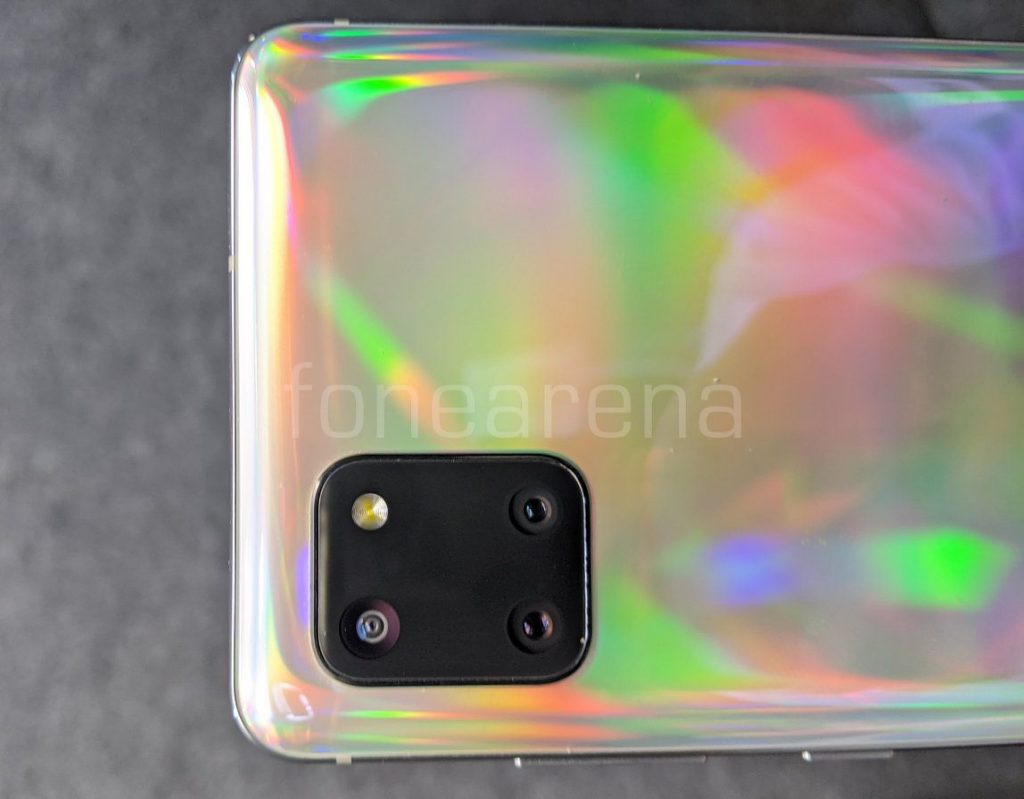 The primary lens does not have a dual aperture, unlike Note 10+. In our testing, the Galaxy Note 10 Lite took a pretty good picture under daylight/well-lit conditions. It has retained a balanced amount of sharpness and dynamic range. The portrait shots are decent with good edge-detection but loses in low-lighting circumstances with lots of noises. The ultra-wide and telephoto lens captures good-looking pictures as well, but the loses out on details when zoomed in. During low-light conditions, the Night mode does brighten up the scene and is able to offer a better dynamic range.

The 32MP camera on the front is average at best. We hate the fact that it has a skin smoothening effect regardless of the scenario. Selfies at low light offer a considerable amount of noise as well.

In terms of videos, the Note 10 Lite can record up to 4K at 60fps and offers EIS. It’s worth mentioning that Super Steady Mode is provided only at 1080p recording. The front camera also can shoot 4k videos as well. Check out some of our samples below.

Not so premium build 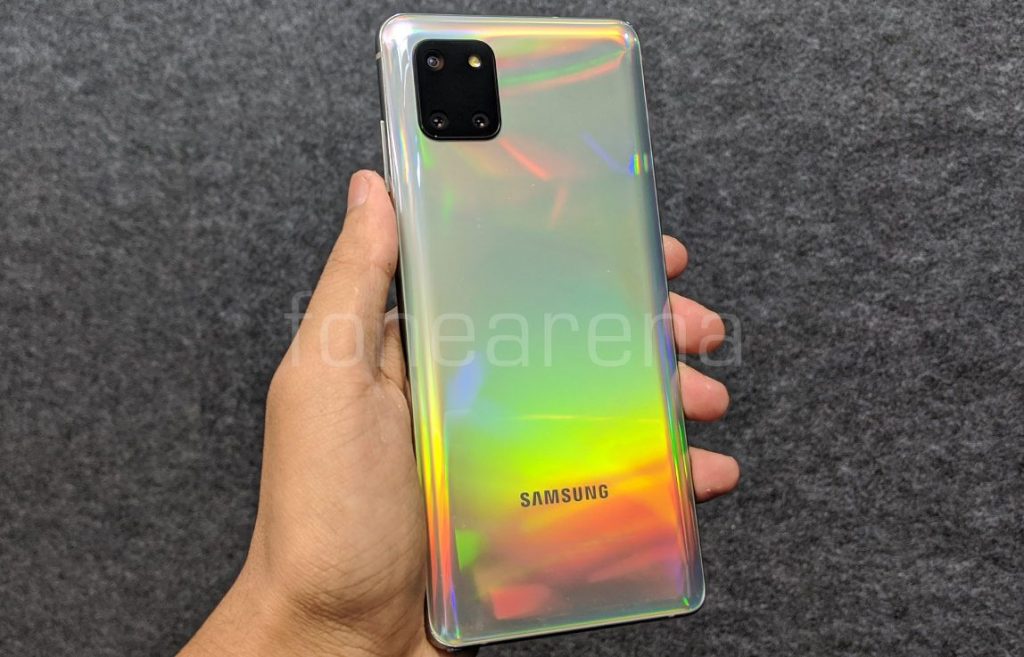 For whatsoever reasons, Samsung chose glasstic (Glass+Plastic) for the Note 10 Lite. It has a sleek and lean physique yet feels solid without giving you the feeling of holding a cheap plastic phone. Second is its rear panel, which has a reflective coating that scatters light through the plastic panel and makes for some beautiful hues. The back of the device features 2.5D curves, which melt into the phone’s metallic frame.

Battery life is not great! 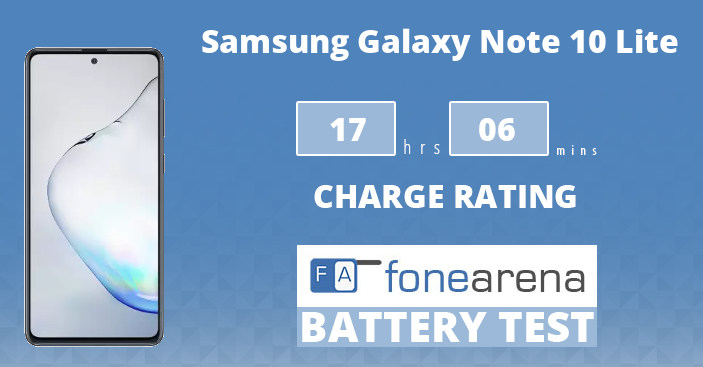 The Galaxy Note 10 Lite comes with a 4,500mAh battery with 25W fast charging. Under casual to moderate usage, the device smoothly sails through the day. In case of heavy usage or long gaming sessions, the result is not satisfactory. On the whole, in our experience, the Samsung Galaxy Note 10 Lite battery backup is above average.

Fingerprint scanner is hit or miss! 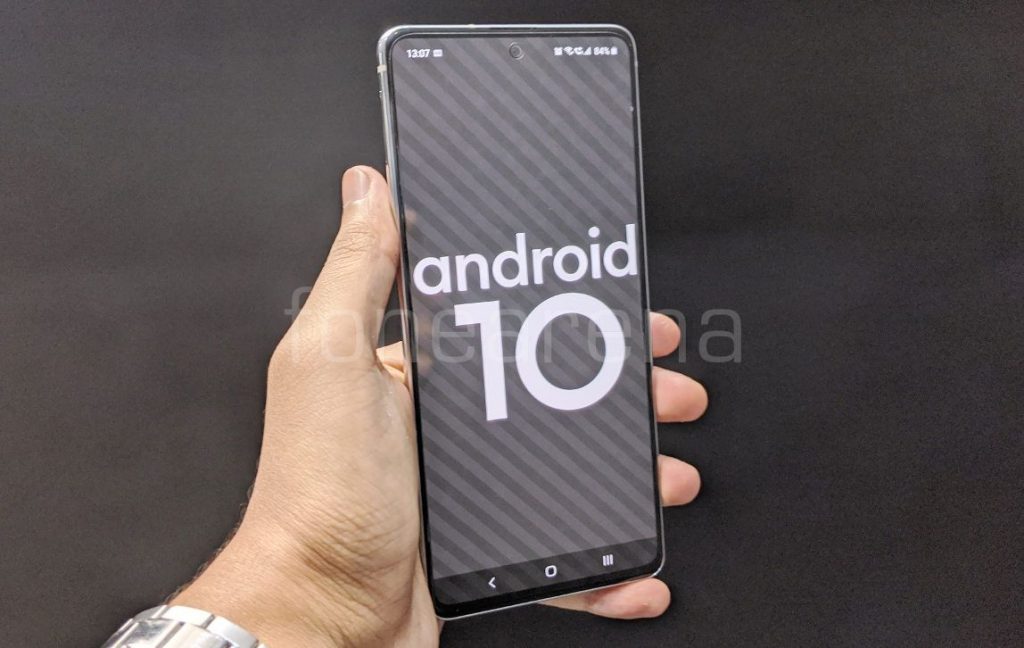 The Galaxy Note 10 Lite is shipped with Android 10 with OneUI 2.0 out of the box. It comes with Samsung’s ecosystem of intelligent apps and services, including Bixby (Vision, Lens Mode, and Routines), Samsung Pay, and Samsung Health. The smartphone comes with a defense-grade security platform, Samsung Knox — that protects users’ data against any tampering. 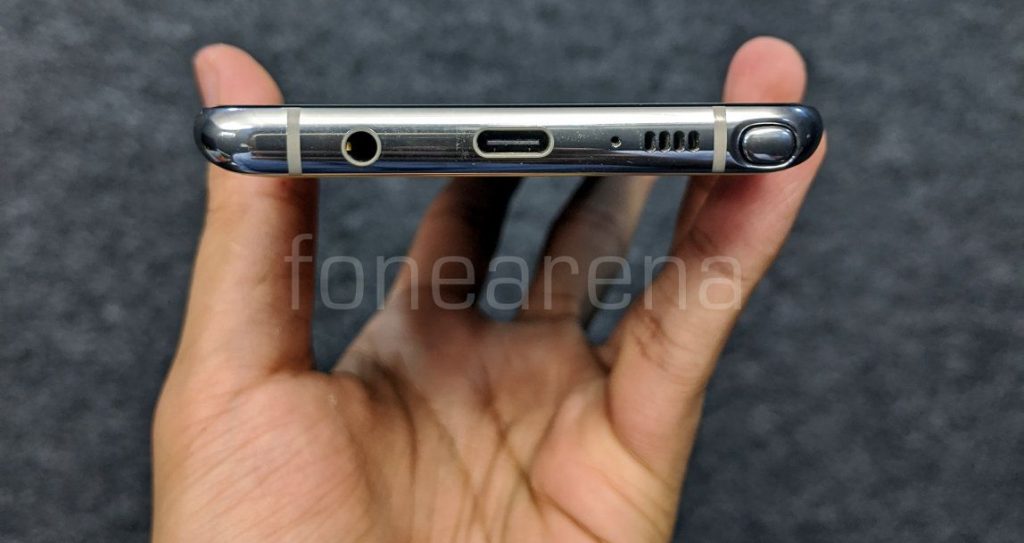 It also has a 3.5mm audio jack, Hybrid Dual SIM (nano + nano / microSD). The call quality is good, and we did not face any call drops, and earpiece volume was loud as well. Loudspeaker output is average. Connectivity options including Dual 4G VoLTE, Wi-Fi 802.11ac (2.4/5GHz) with VoWiFi, Bluetooth 5, GPS with GLONASS, USB 3.1, NFC, MST.

The Galaxy Note10 Lite comes in Aura Glow, Aura Black and Aura Red colors, is priced at Rs. 38,999 for 6GB RAM variant and the 8GB RAM variant costs Rs. 40,999. You can get it from Amazon.in, Flipkart and Samsung.com online as well as offline stores.