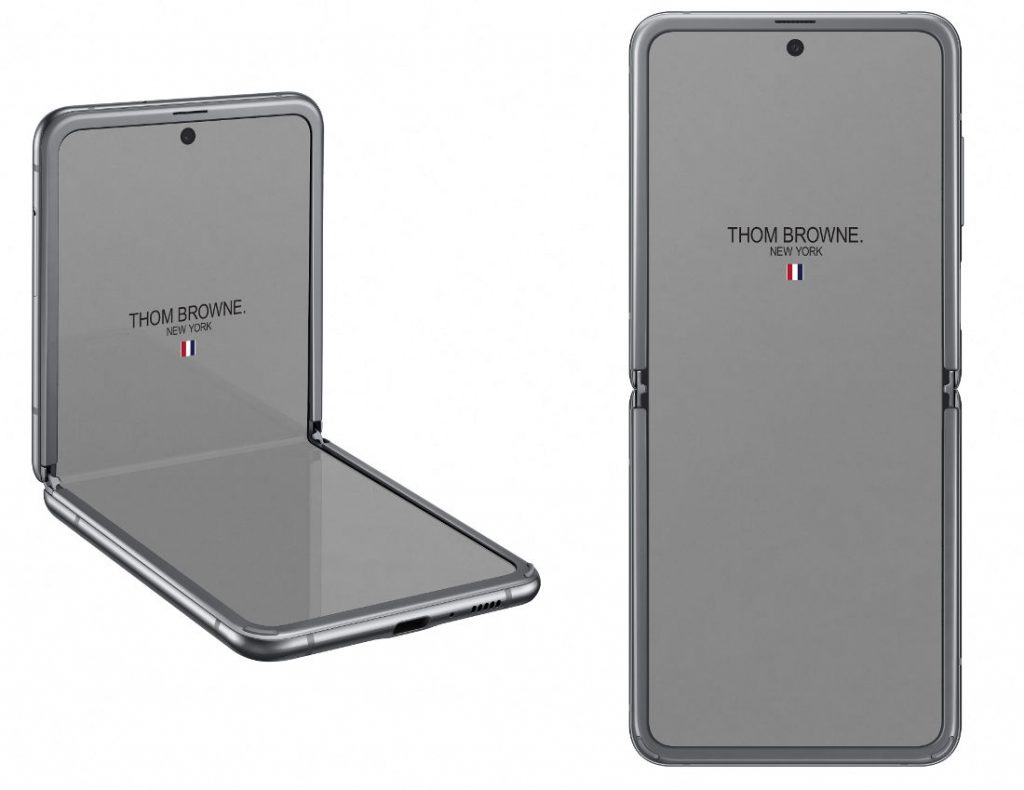 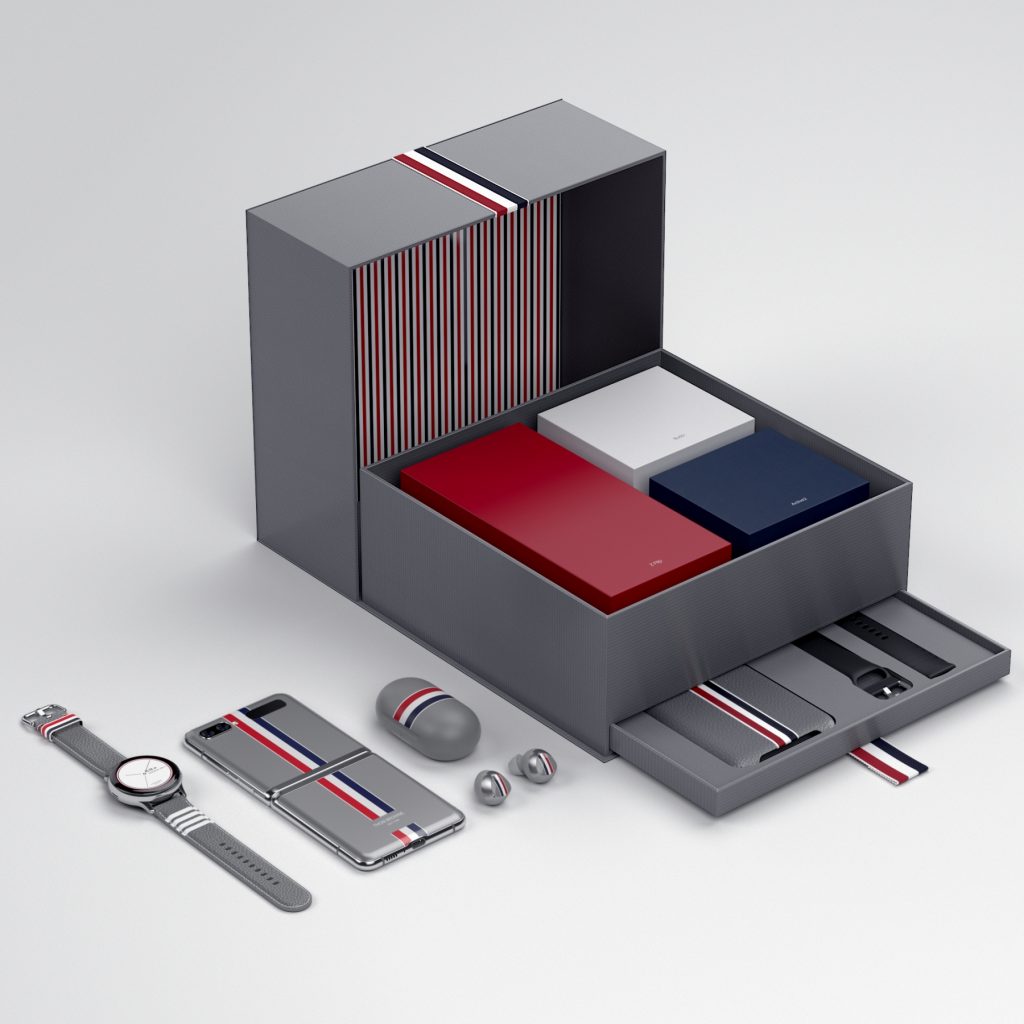 This limited edition smartphone is encased in glass while still having a matte look and features a grey pebble leather phone case with Thom Browne New York logo. When it is unfolded, a reference to the mid-century office aesthetic at the center of the Thom Browne world appears onscreen every time the phone is turned on and off. Furthermore, there are customized app icons, sounds, wallpapers, and more.

The official launch of the Galaxy Z Flip Thom Browne Edition is in March, but the pre-orders begin on February 14th, 2020 in select markets. The pricing is not revealed yet, but considering it is a limited edition device, it should be more than the Galaxy Z Flip’s US$ 1380 price.

Samsung, who is Worldwide Olympic Partner in the Wireless Communications Equipment and Computing Equipment category  introduced Galaxy S20+ 5G Olympic Games Athlete Edition with matte gold finish. Samsung said that it will deliver the devices to all Olympians at Tokyp 2020 Summer Olympic Games, but it will not be on sale for others.