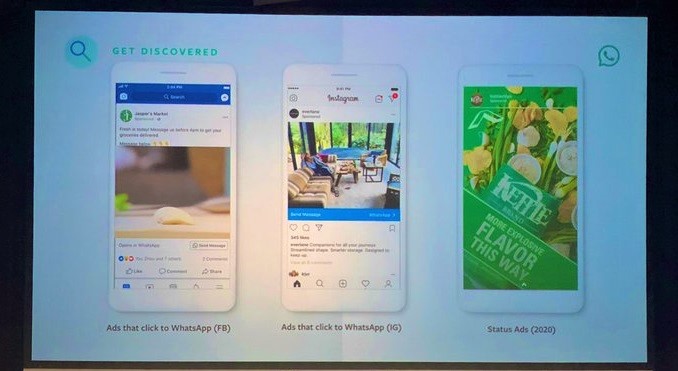 Back in August last year WhatsApp was reported to display ads in the Status section, later the company’s Vice President Chris Daniels confirmed that the company is going to put advertisements in its ‘Status’ feature. Today, according to a new report from WSJ, WhatsApp has decided not to introduce ads in WhatsApp.

The report adds that WhatsApp in recent months disbanded the team responsible for integrating ads into the service, and their work was then deleted from WhatsApp’s code. According to WABetaInfo who tracks WhatsApp app updates, since 2.19.356 Android beta update, there is no code about status ads, confirming the same.

However, the report says that the company will introduce ads in Status in the future, but for now it is working on money-making features allowing businesses to communicate with customers and better manage those interactions.

WhatsApp’s ‘Status’ feature allows users to share text, photos, videos, and animated GIFs that disappear after 24 hours, and Instagram Stories, which is similar to it already shows ads. Facebook makes money only through advertising on its platform, and ads accounted for 98% of its revenue in Q3 2019.