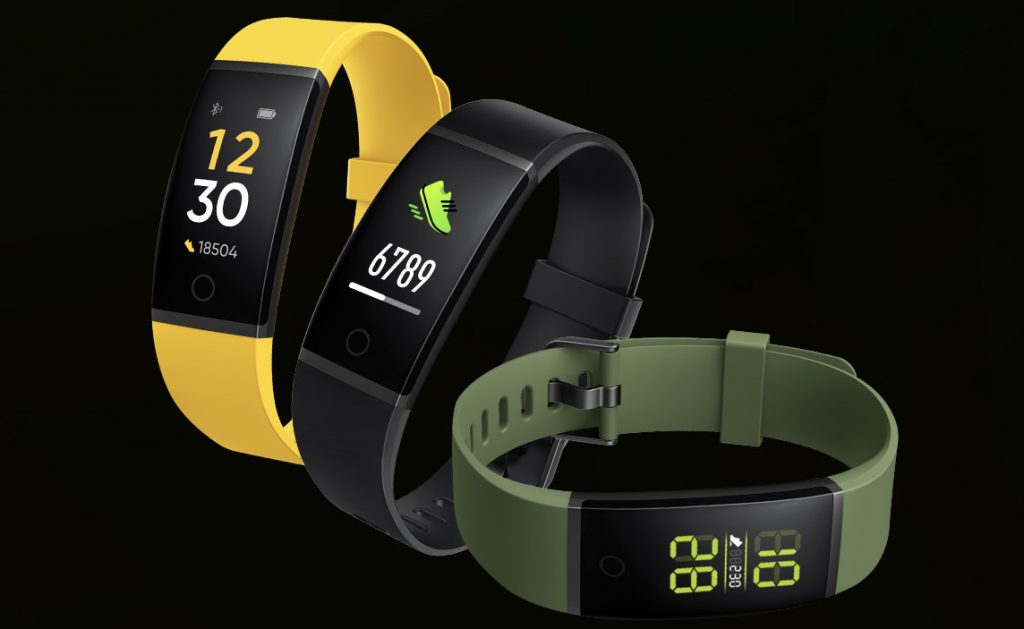 Update: February 28, 2020 — realme has posted a new teaser that shows Black, Green and Yellow colors. It has also confirmed 9 sports modes that includes run, walk, hiking, climbing, yoga, fitness, spinning, bike and cricket mode. It will come with sleep tracking similar to most other bands, and feature built-in charging port. The band will come with IP68 ratings for water resistance and offer smart notifications. There will be hate to wait limited-time sale on the launch day March 5th from 2 to 4PM, said the company. It will also be available on Amazon.in, in addition to realme website. 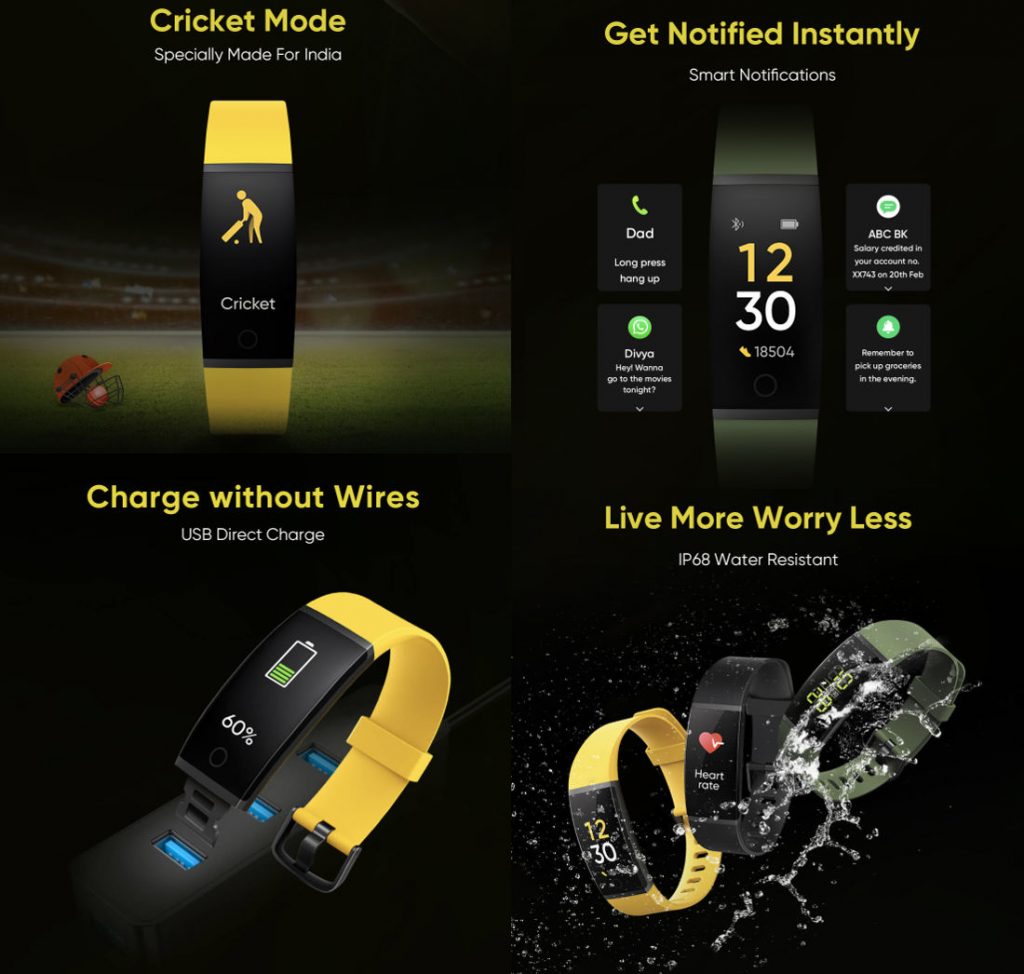 Update: February 24, 2020 — At the realme X50 Pro launch event company’s CEO has confirmed that the realme band will be launched on March 5th, a slight delay since the company had previously announced that it will launch in February. He recently showed off the realme Band, which will come with a color AMOLED screen, built-in charging port and in three colorful straps, including Black and Yellow strap. He also said that it will be the most affordable fitness band with built-in heart rate sensor.

Update: January 23, 2020 — In the latest episode of Ask Madhav, the company’s CEO has confirmed that the realme fitness band will be launched in February.

Update: January 9, 2020 — At the realme 5i launch, CEO Madhav Sheth has teased the realme fitness band by showing the strap. We should know more details in the coming weeks.

Earlier: In the latest episode of #AskMadhav for the month, the company’s CEO, Madhav Sheth has answered some questions about their realme band, VOOC power bank and more. He has confirmed that the realme fitness band will arrive in the first half of 2020 without giving any hints about it. He also said that the company has plans to launch VOOC power bank after OPPO launched in recently. It also plans to launch IoT devices next year. The CEO said that his goal is to build realme as a tech lifestyle brand.

When asked about the older phones like realme 1, 2, U1 and C1 not getting Android 10 update he said that the company offers at least one major Android update and 24 months of consistent updates for its phones and will add new features in the minor ColorOS updates. He also said that realme offers timeline for Android updates.

He confirmed that internal audio recording when screen recording will be added only in ColorOS 7 that is coming next year since it has had some issues when testing it. It will also add Dolby Atmos support in Bluetooth headphones in realme XT and other devices with ColorOS 7 and Android 10 update.

The company already said that bootloader unlocking will disable fingerprint scanner, but this will be fixed in the upcoming update said the CEO. It will also release a separate flash tool in Q1 2020.