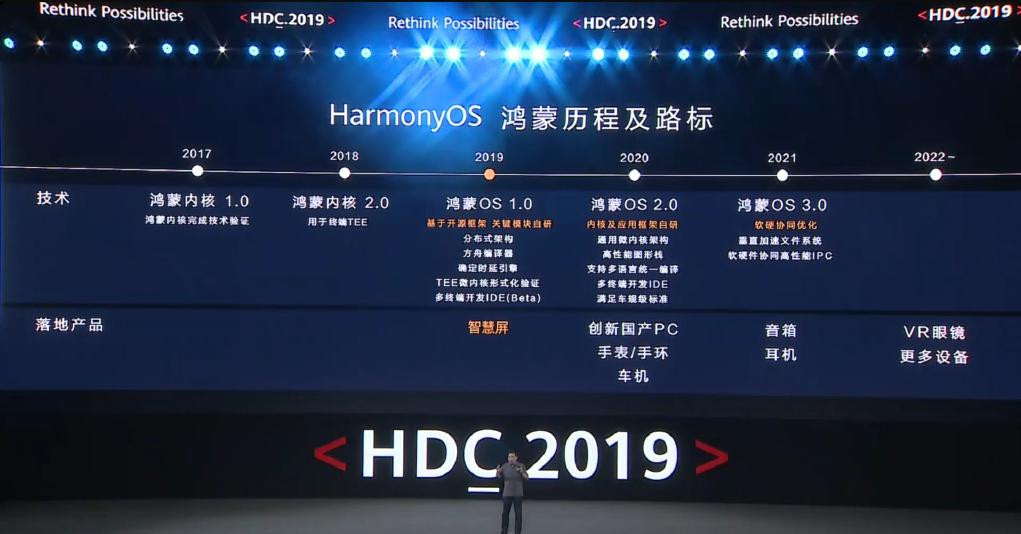 HUAWEI, the Chinese smartphone manufacturer is planning to load its propriety HarmonyOS to more devices in 2020 that won’t include its smartphones. HarmonyOS was developed as a possible alternative to Android as HUAWEI face trade restrictions from the US government for technologies from there.

Wang Chenglu, president of the HUAWEI consumer business group’s software division gave an interview to Shenzhen Special Zone Daily newspaper during the opening of HUAWEI’s global flagship store in Shenzhen. According to Wang, HUAWEI still prefers Android on its phones and tablets, and is not looking to replace it with HarmonyOS yet.

However, HUAWEI is looking into loading HarmonyOS into other devices such as smartwatches, speakers and virtual reality gadgets. The first product to come out with HarmonyOS is its HONOR vision smart TV that was release back in August. In August next year it will be made open source, as the company had promised at the launch. Depending on the new OS’s success, we can expect its smartphones to run the propriety OS in the future if the trade restrictions continue.