Update: realme India CEO Madhav Sheth during monthly AskMadhav episode confirmed that the realme 5i will get realme UI Android 10 update in May 2020, along with realme 5 and 5s. 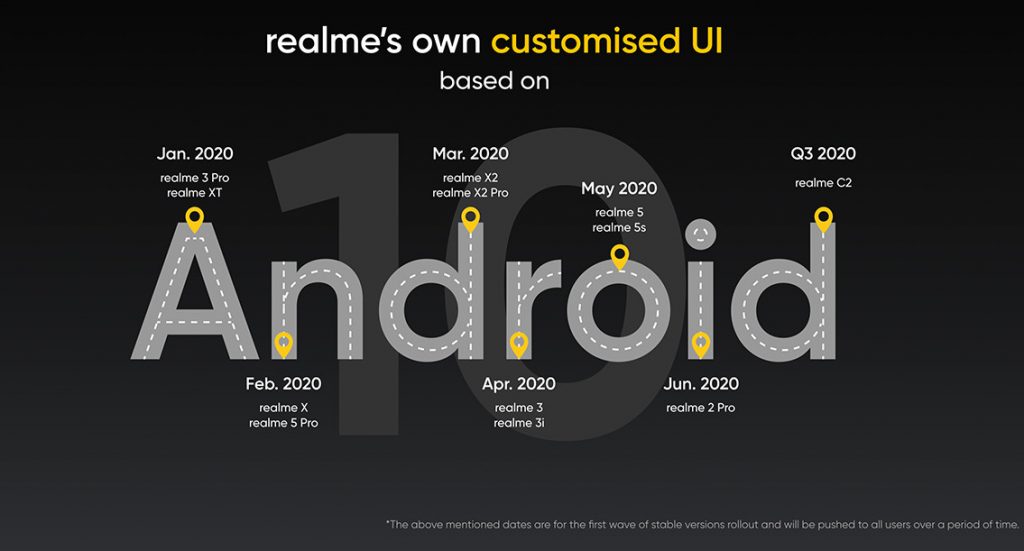 Update: realme India CEO Madhav Seth at the realme X2 launch event has confirmed that ColorOS 7 Android 10 update for realme X2 will roll out in March 2020, before China version gets it in Q2 2020.

The new UI from realme will feature interesting customizations adding on to the experience which will be closer to stock-Android features, as it had promised earlier. realme’s own customised UI will sport all the new features from the much enhanced ColorOS 7 including system upgradation.

Users will experience smoother gaming graphics, better RAM management and seamless video and vlogging experience along with more customization options. ColorOS 7 customization options will include options like app icons, shape & size and font change. The ColorOS 7 will also feature system-wide dark mode. With all new and interesting features in realme customized UI Based on Android 10 and ColorOS 7, users will be able to get a seamless experience with some special features that will be closer to stock Android experience.

realme XT users who have already participated in the ColorOS 6.7 program will also receive ColorOS 7 updates by November-end. The ColorOS 7 Beta recruitment will be starting from 27th November 2019, especially for the realme X2 Pro. The applicants for the program can fill in their application on the realme Community.

realme said that information and feedback will be collected from the ColorOS 7 Beta program to further enhance the user interface experience better.

List of realme smartphones that are confirmed to receive realme UI based ColorOS 7.0 Android 10 update: