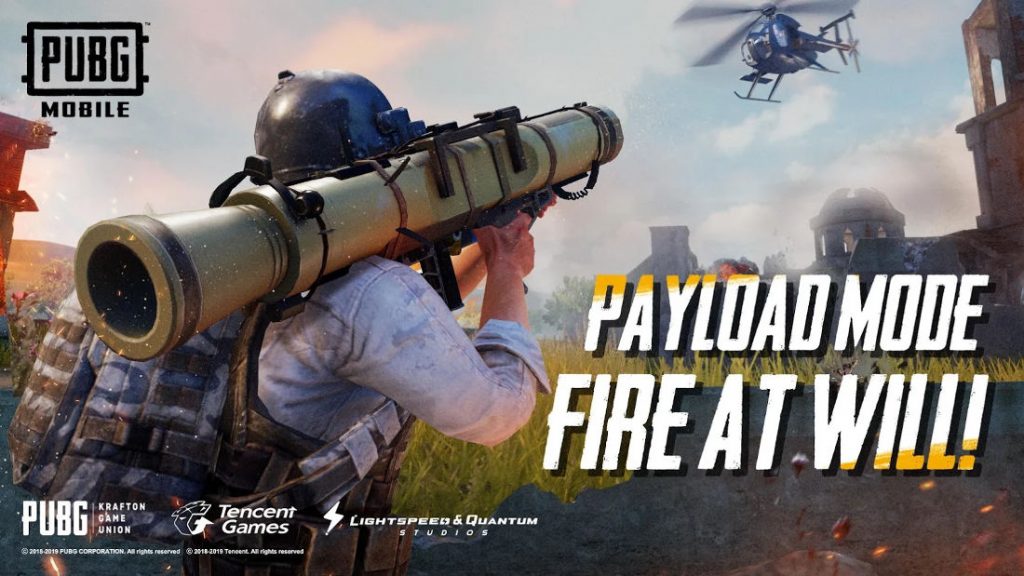 Tencent games has released new PUBG Mobile update which brings the version number to 0.15.0. This brings several enhancements that lets characters  leap in mid-air to reach previously inaccessible places, new vehicles such as the amphibious BRDM-2 and helicopters, exploding fuel drums for laying traps, Weapons such as M16A4, Vector, UMP45 and MK47Mutant have all been tuned, Desert Eagle has also been added.

Performance improvements for smoother experience and less power consumption, weapon and outfit display have been enhanced, the touch controls have been tuned to reduce errors in movement after opening scope, room and inventory systems have also been improved. Graffiti is now available! Payload Mode will be coming soon and the Walking Dead collaboration and Survive Till Dawn Halloween mode are here.

Survive Till Dawn
– Modified skybox, colors and background objects. “Halloweenized” monsters.
– Added a hostile human faction in abandoned factories and strongholds. Defeat them to get better rewards.
– Killing zombies grants special bio-warfare equipment that is effective against zombies and other players.

New Features:
[Ledge Grab]
– Climb between buildings and containers to reach previously inaccessible places.
– Tap jump, then jump again at the right timing in midair.
[Fuel Drums]
When hit by bullets or throwables, fuel drums explode and damage nearby players. Available on all maps.

[Desert Eagle] (all maps)
– Highest damage and muzzle velocity of all pistols.
– Deals 62 damage. Can be attached with Mira Red Dot, Holographic Sight, magazines and Laser Sight to improve shoulder-firing.
– Fires .45 ACP ammo. Default magazine fits 7 rounds (can be extended to 10).
[BRDM-2 Amphibious Armored Vehicle] (all maps)
– Resilient and capable of traversing water. Equipped with bulletproof tires.
– Reduces damage taken.
– Can be called in only with the Flare Gun. Replaces Armored UAZ.

Graffiti:
– Can leave graffiti on any objects on the battlefield.
– Up to 4 types can be carried into battle. Change Graffiti combo in inventory menu.”
Added a slot for eye gear:
After the update, spectacles and face masks will not be sharing the same slot. Masks that do not cover the eyes can be equipped together with a pair of spectacles.

Control:
– When the cameral-controlling finger performs an action, the screen-controlling feature of the joystick is disabled. When the finger is lifted, the feature is enabled again. This reduces control errors when using scope, improving firing experience.

Poses and emotes:
– Gun-holding pose varies with gun type.
– Weapons carried in backpack as shown in Main Menu emote are displayed when such an emote is played in battle.

Inventory:
The setting to hide backpack and helmet is saved on the server and remains effective even if the device is changed.

Partner pose:
All players can choose one of the existing partner poses.

Room:
Reduced the time needed to create and enter rooms. Room owner decides if a password is needed for creating a room.

Darkest Night:
Will be taken offline for tuning.