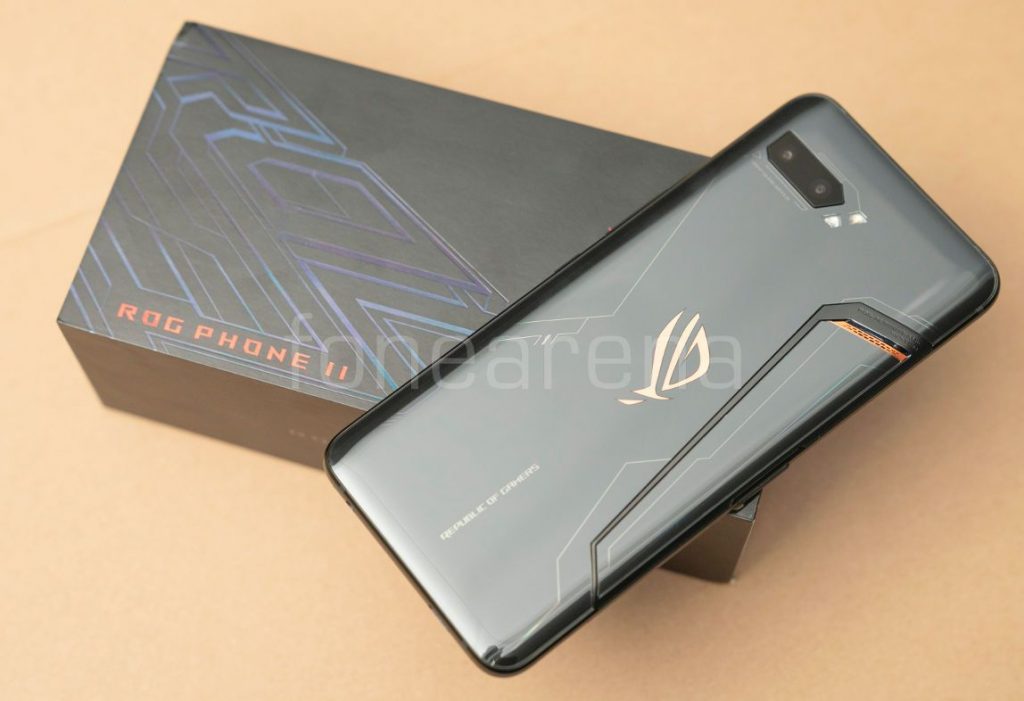 ASUS just launched the ROG Phone II, the company’s second-generation gaming smartphone in India starting at Rs. 37,999. We already brought you the hands-on impressions when it was introduced back in July, here we have the unboxing of the phone. Also, check out the unboxing video. 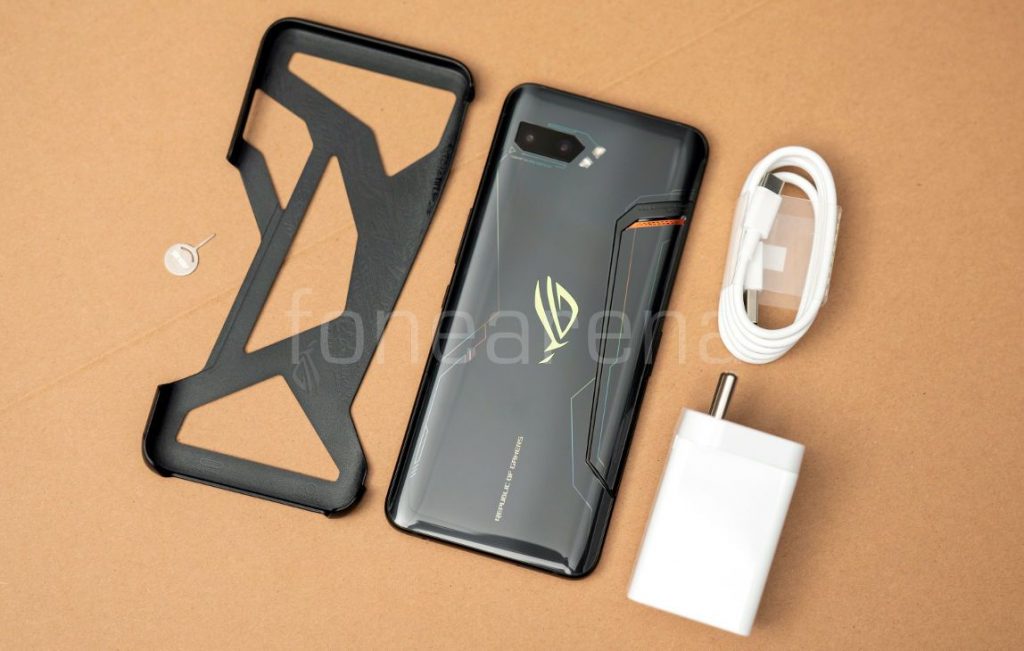 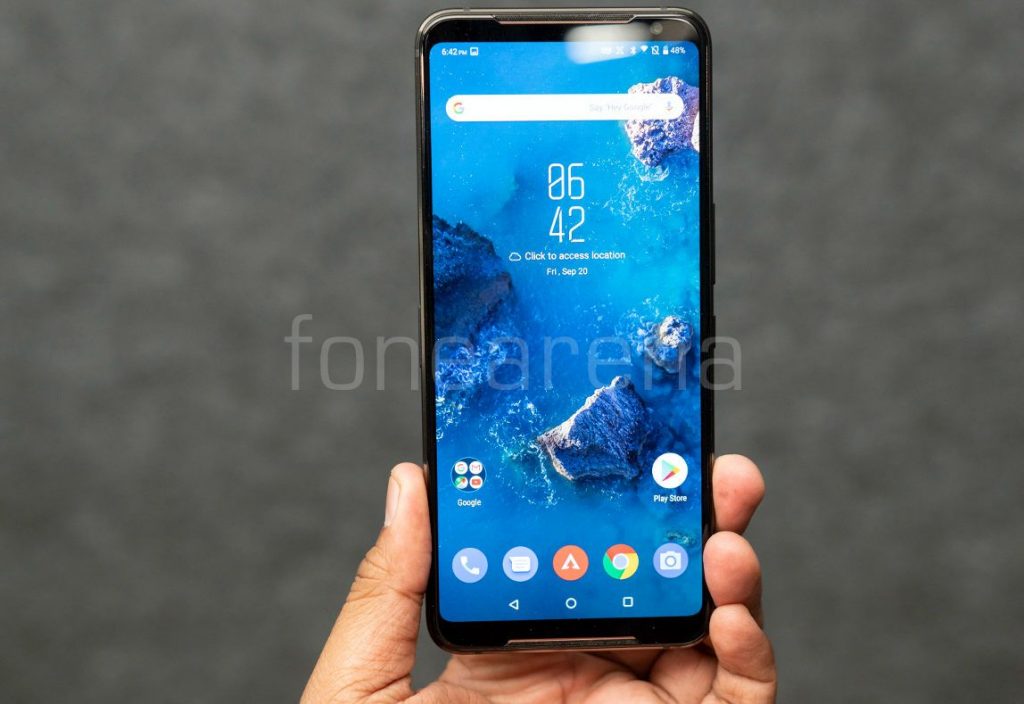 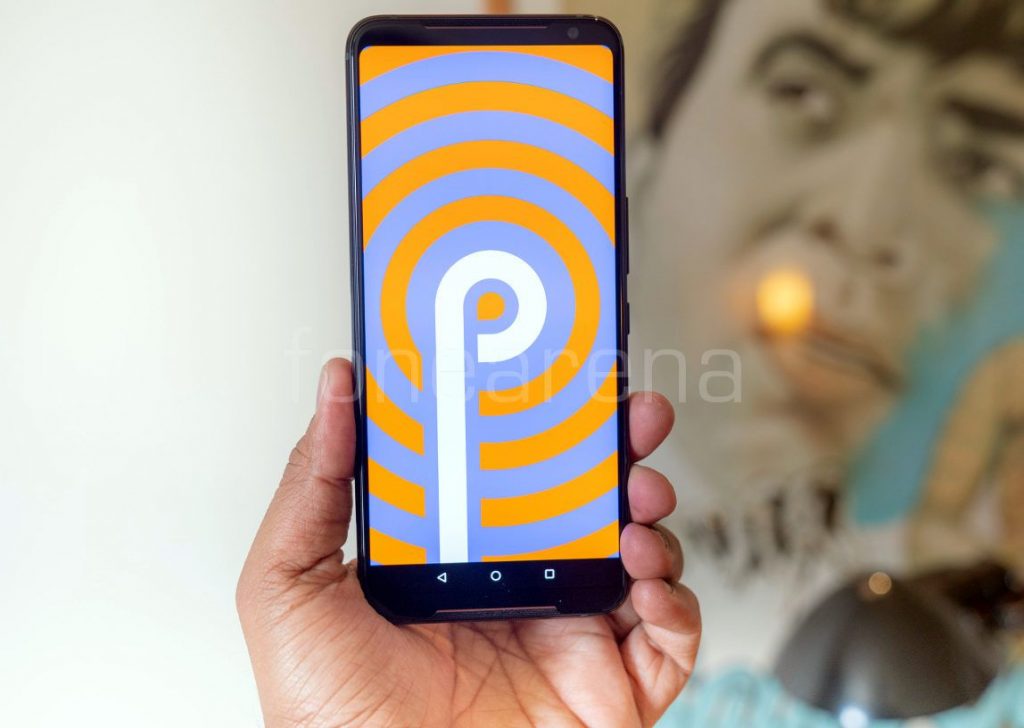 Powered by the latest Snapdragon 855 Plus Mobile Platform with up to 12GB of RAM, 512GB (UFS 3.0) storage, it runs Android 9.0 (Pie) with ROG UI, but you can switch to Android-like UI from the Themes option. It has 3D vapor chamber that efficiently transfer heat away from the SoC and into the body while gaming. There is also copper heat sink.

On the top there is a large speaker grill that also houses the earpiece. It has a 24-megapixel camera on the front. On the bottom there is a small bezel and the secondary speaker. It has dedicated ultrasonic AirTriggers, similar to the predecessor, but this has faster haptic response rate with vibration latency of just 20ms compared to 63ms. It also offers better customization with short and long squeeze. You no longer have to raise your fingers before tapping. It will get sliding touch feature soon. There is a customized connector on the side with USB 3.1 Gen 2/DP 1.4 and fast charging. It  has the 3.5mm audio jack as well and features four noise-cancelling microphones. It has dual SIM support, but doesn’t have microSD slot. The phone has four WiFi antennas, and it chooses any two for the best experience. 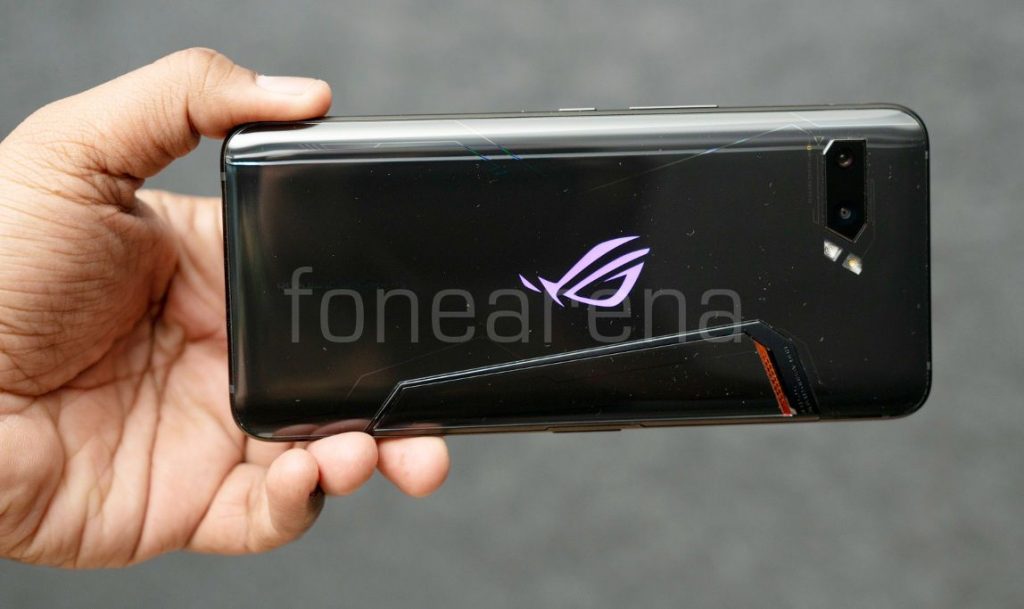 On the back there is a 48-megapixel  camera with 1/2″ Sony IMX586 sensor, 0.8μm pixel size, f/1.79 aperture, up to 4K 60fps video recording and 13-megapixel 125° ultra-wide secondary camera. There is dual-tone LED flash next to it. You can also see the logo on the back with Aura RGB custom lighting.  There are also real vents on the back for better heat dissipation. The phone packs a huge 6,000mAh battery, so it is a big heavy at 240 grams, but the weight distribution is good. The 30W HyperCharge fast charging can charge up to 4,000mAh in just 58 minutes and two hours to fully charge the phone.

The ASUS ROG Phone II comes in Black color and starts at Rs. 37,999 for the 8GB RAM with 128GB storage version, which is a good deal for the specs it offers. It will be available for Flipkart starting from September 30th during Big Billion Days sale.

ASUS also sell 30W charger separately at Rs. 1999, and it comes bundled with the 12GB RAM + 512GB storage version, which will be available later. This also includes AeroActive Cooler II. 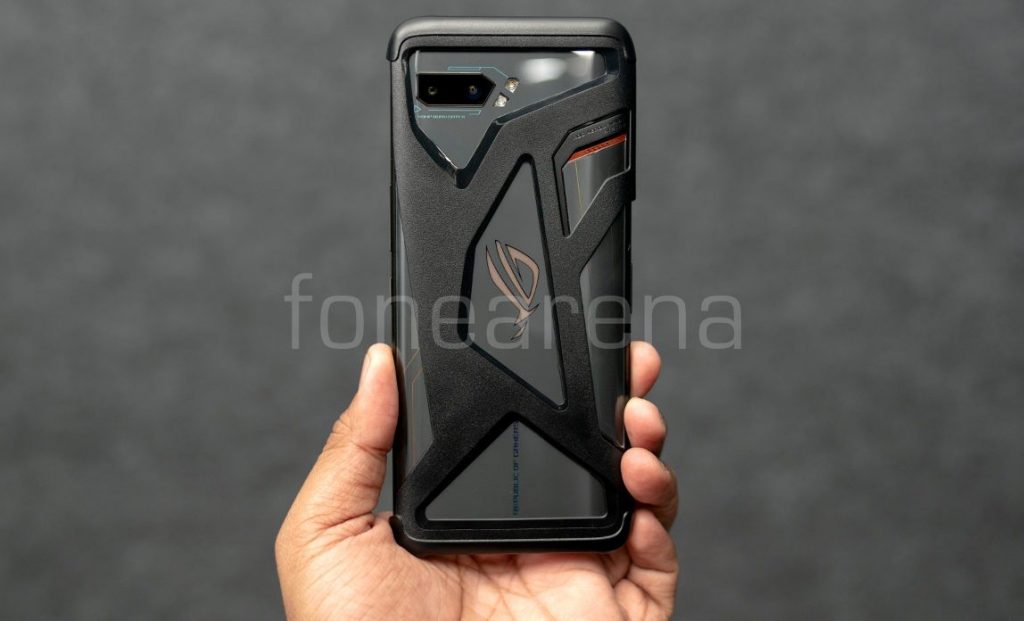 The Aero Case is a skeletal case that protects the phone, yet the RGB logo is visible, and it also lets you mount the clip-on fan over it. This comes in the box in both the versions. There is also a Lighting Armored case that is available separately for Rs. 2,999. 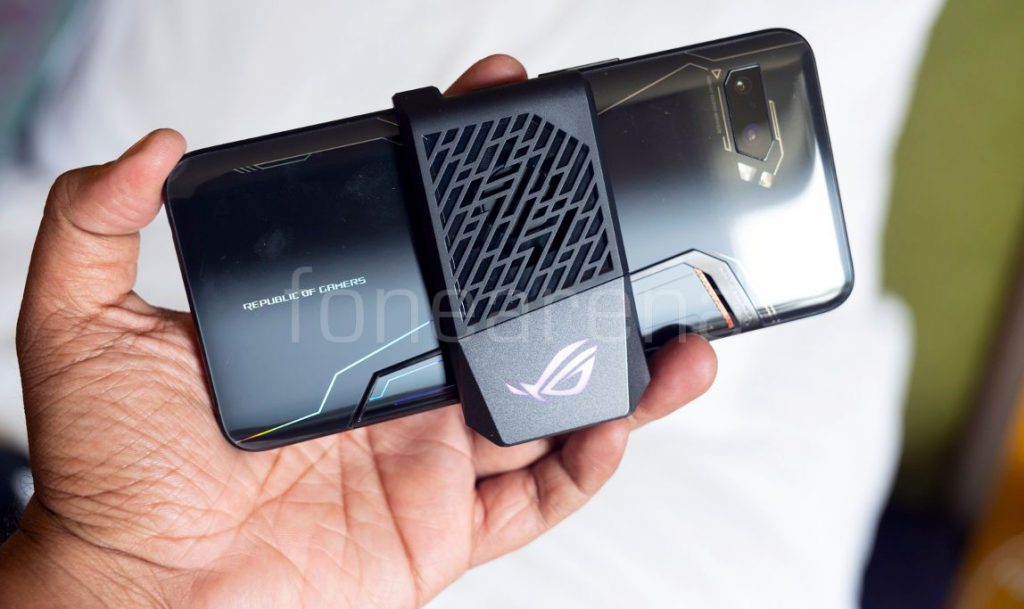 The AeroActive Cooler II is the successor of the first-generation AeroActive Cooler that is four times quieter, and it can reduce the surface temperature by up to 5° Celsius. It is priced at Rs. 3999 in India. 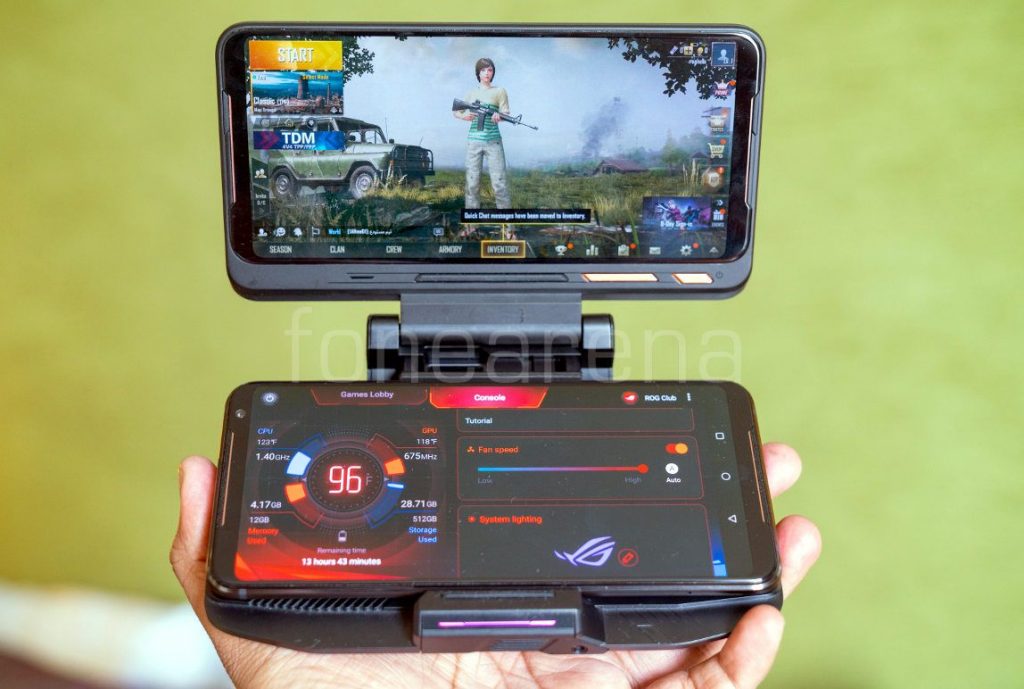 The TwinView Dock II has the same 120Hz AMOLED panel as the phone, but it packs slightly smaller 5,000mAh batter. It also has a cooling fan, RGB lights, volume keys, USB-C port and a headphone jack, however it lacks an SD card slot, extra speakers, trigger buttons and haptic vibrators. It weighs 639 grams. This is priced at Rs. 19,999 in India. 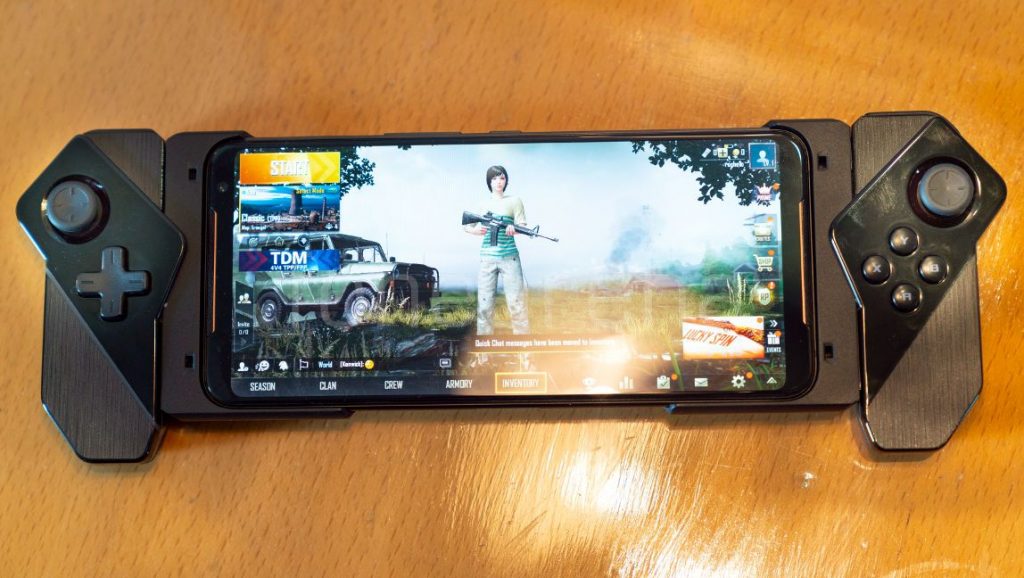 The new ROG Kunai Gamepad, is similar to the Nintendo Switch.

As seen in the image, you can attach the two halves to the sides of the phone when gaming or attach them together and use them as a wireless gamepad to use it with WiGig wireless display dock, Pro Dock or the Mobile Desktop Dock when you are casting to a TV. The Gamepad is also used in conjunction with the TwinView Dock II. It is priced at Rs. 9,999. 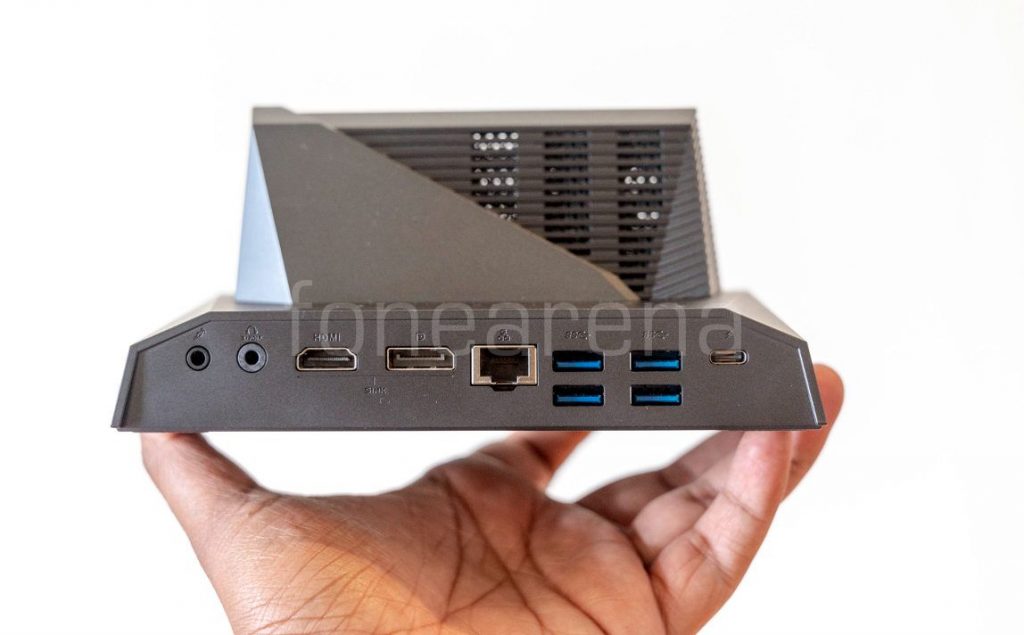 The Mobile Desktop Dock has a lot of ports to connect a monitor, keyboard, mouse and LAN connection for an immersive gaming experience on a larger screen. There is also the Pro Dock and WiGig Display Dock Plus to cast your mobile screen to a TV. This costs Rs. 12,999.  The Professional Dock is priced at Rs. 5499.