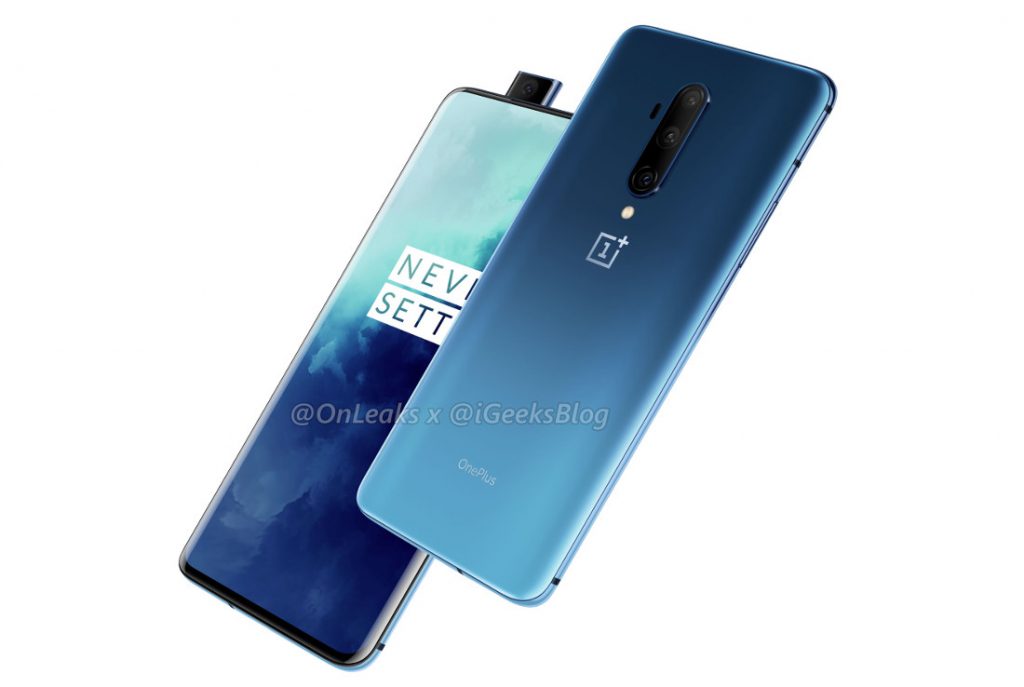 Update: New render of the OnePlus 7T Pro has surfaced. 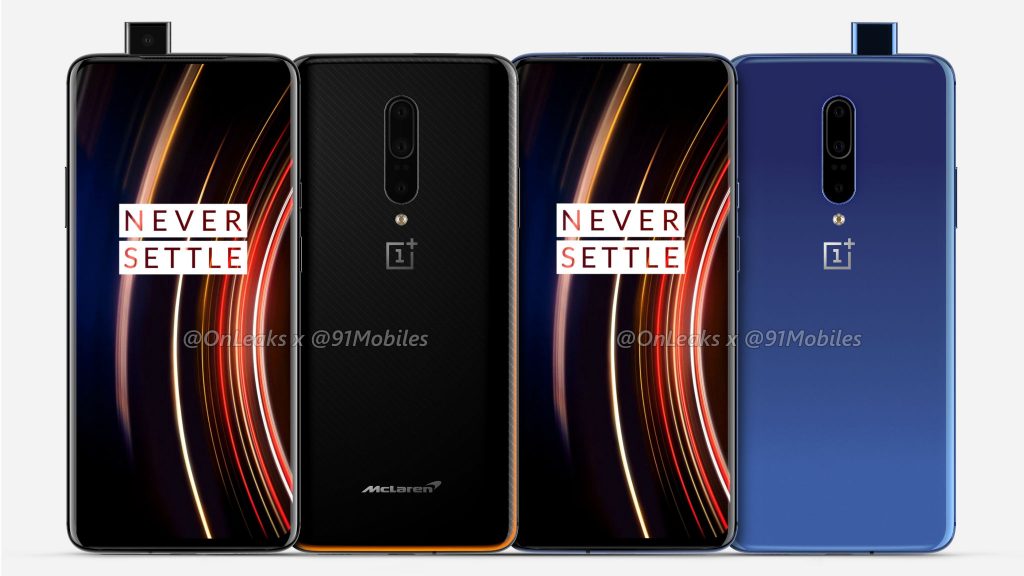 According to a new render, OnePlus 7T Pro and 7T Pro McLaren Edition are said to sport a similar design to its predecessor, OnePlus 7 Pro. There will not be any differences in external design most likely, but we can expect OnePlus to introduce a new Haze Blue colour option. However, the back panel of the 7T Pro McLaren Edition is said to sport a new design with a textured pattern, according to the renders.

Regarding the optics, the 7T Pro and 7T Pro McLaren edition is said to sport triple rear cameras with a combination of 48MP(Primary) + 16MP(Ultra-Wide) + 8MP(Telephoto with 3x zoom) and the report also suggests that both phones will come with improved camera software. Unlike the OnePlus 7T which is said to sport a circular triple camera module, the 7T Pro is said to stick with the same vertically-aligned rear camera setup.

OnePlus 7T, 7T Pro and 7T Pro McLaren Edition are tipped to be unveiled on September 26th 2019 in India and we should know more information in the coming days.