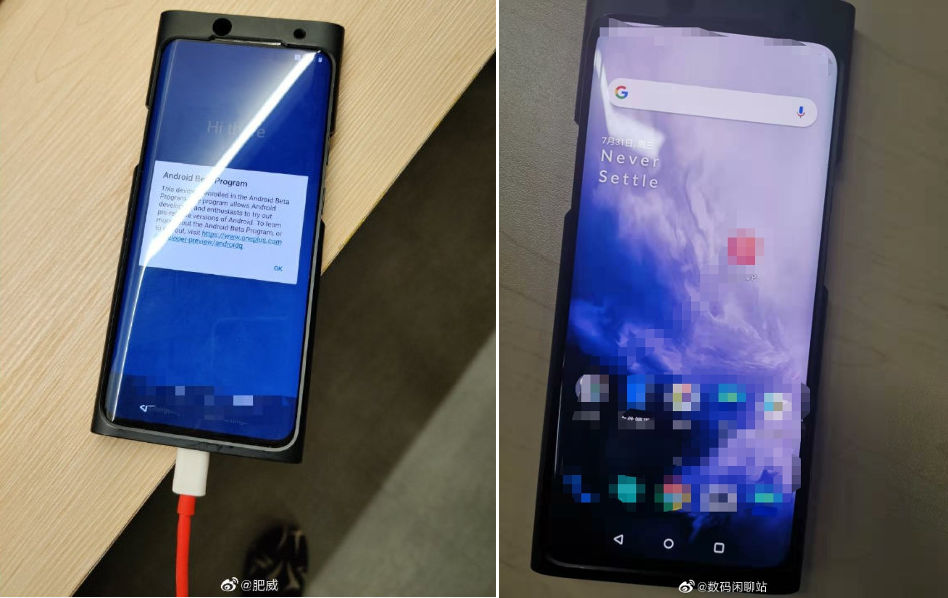 We’ve got used to OnePlus launching two flagship phones a year — one in the first half and another ‘T’ version in the second half. In this regard couple of months back OnePlus launched its ambitious OnePlus 7 Pro along with OnePlus 7 smartphone.

Right now, the ‘T’ version of the OnePlus 7 has surfaced online showcasing the display of the prototype. The live image of OnePlus 7T Pro shows the device in a case that is used to hide the design of the device.

In the picture, the phone appears with a full-screen display without any notch or punch hole. We can expect that this device might also come with a pop-up selfie camera. It also has curves on the sides like OnePlus 7 Pro. In the photos, the alleged OnePlus 7T Pro is seen running a beta version of Android Q. Overall, the front design looks similar to that of OnePlus 7 Pro.

No other details about the OnePlus 7T Pro have leaked out at the moment. However, the main difference is expected to be in the hardware front as it might be powered by Snapdragon 855+ mobile platform. In addition to it, the mid-cycle refresh of OnePlus 7 Pro is expected to feature a better camera setup, bigger battery and much more.