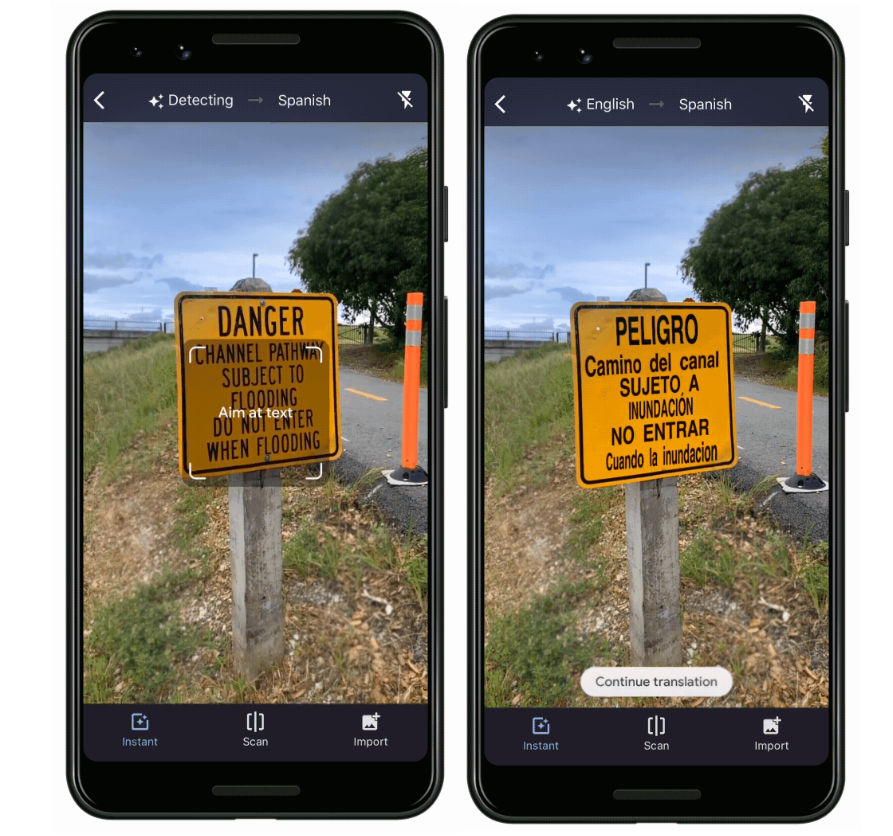 Google is adding new features to translate. Google Lens already has instant translation that lets you point your camera at text and it will automatically detect the language and overlay the translation right on top of the original words. Now the Translate app is getting  support for more languages, automatic language detection, improved translation powered by Neural Machine Translation and a new design.

Google Translate’s new instant camera feature will begin rolling out to some users today, and will roll out widely in the next few weeks.