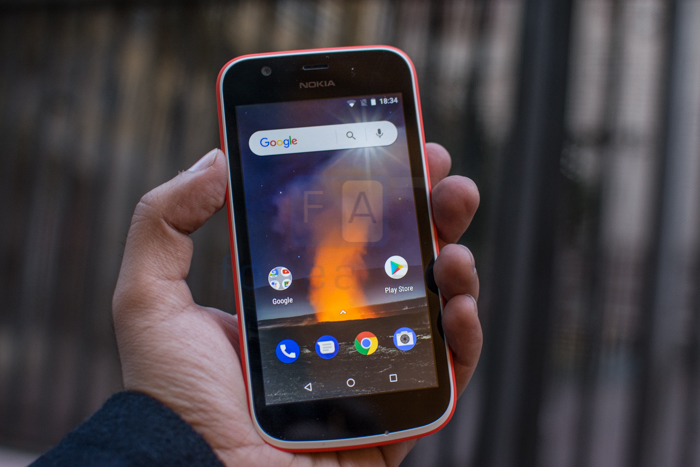 After rolling out Android Pie update for the Nokia 3 smartphone earlier this month, HMD Global has started rolling out the update for Nokia 1 as it had promised. The phone was introduced back in March last year running Android 8.1 (Oreo) Go Edition, and this is one of the few Go Edition phones to get Android Pie since most phones like Lava Z50 and Redmi Go are still running Android Oreo since the launch.

Excited to share that our most affordable smartphone, Nokia 1, upgrades to Android 9 Pie starting today. Now there is a Nokia smartphone for everyone running Pie – bringing to you the latest experiences from Google. Nokia phones just keep getting better #Getsmart #Nokiamobile pic.twitter.com/BYONKx6q5n

Android 9 Pie (Go edition) comes with a new range of apps from Google designed to run faster while consuming less data. Optimised to be smooth and fast, these include Google Go — a web search app, Google Maps Go, YouTube Go and Google Assistant for Android (Go edition), to quickly send messages, make calls, set alarms and do more, simply by using your voice.

With fewer pre-installed and much lighter apps you get 2x more available storage out of the box. Brand new apps designed for lighter updates and downloads help create more space while significantly improving performance.

Over the past two years, Nokia phones have received over 300 security updates altogether and have successfully upgraded handsets to the latest OS twice as fast as competitors, said the company.

With Nokia 1 getting its very own slice of Pie, we now have a full portfolio of Nokia phones on Android 9 Pie, starting at just sub $80. This changes the industry paradigm – for too long consumers have had to accept older OS versions as the norm on entry level smartphones. We are living our promise to deliver a phone that will keep getting better over time through the latest experiences and always being up-to-date. And with the Nokia 1 upgrade to Google’s latest OS, fans can get up-to-the-minute software experiences and innovations from Google even in the most affordable segment.