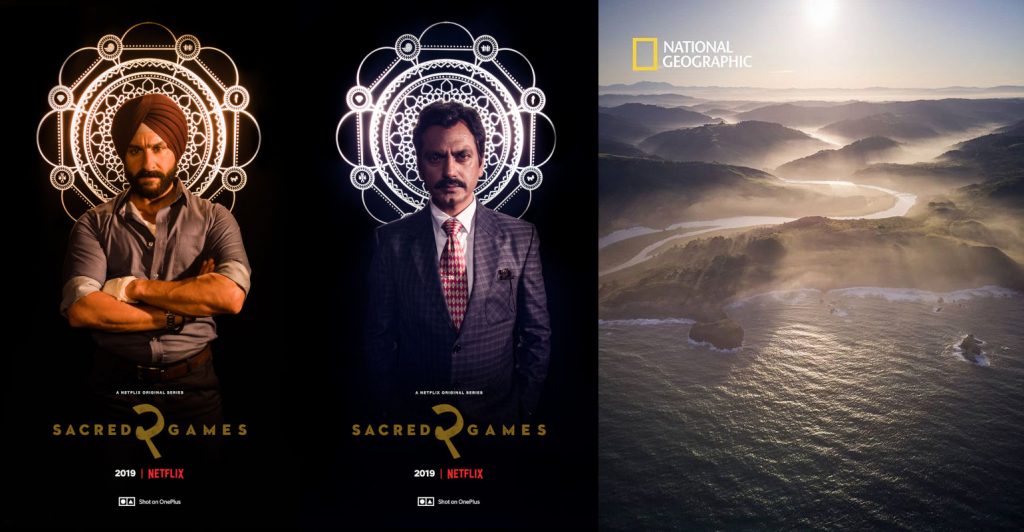 We are just a few days away from OnePlus 7 smartphone series launch, and we can’t keep calm. Ahead of its launch, we have been treated with some amazing photos from biggies like National Geographic and Netflix, showcasing the full potential of OnePlus 7 Pro camera!

With huge improvements expected to be made on the device’s hardware, software, and camera specs, it looks like the OnePlus 7 Pro just might be a perfect competitor against the latest premium outing.

Netflix has partnered with OnePlus in an attempt to deliver an incredible Netflix viewing experience on the much awaited OnePlus 7 Pro. This tie-up comes based on the common philosophy of a community and member-first approach. Having said that, the HDR10 supported display of OnePlus 7 Pro will set new standards in mobile viewing of content.

“Through incredible devices like the OnePlus 7 Pro, consumers increasingly are able to enjoy an amazing viewing experience on Netflix. We are thrilled to celebrate the epic fandom of Sacred Games with posters and a behind-the-scenes video shot on the OnePlus 7 Pro,” said Jerome Bigio, Director-Partner Marketing, APAC, Netflix.

To explore the camera’s capabilities, the National Geographic team handpicked three world-renowned photographers Andy Bardon, Carlton Ward Jr. and Krystle Wright for an expedition to capture the rugged beauty of North America through the lens of the OnePlus 7 Pro.

On her experience on the shoot, Krystle Wright, National Geographic Photographer, said, “With the OnePlus 7 Pro, you have a whole camera bag in your pocket which is what has allowed us to be able to shoot a whole magazine issue on a smartphone.”

OnePlus has started OnePlus 7 Pro pre-bookings on Amazon.in and offers 6 months free one-time screen replacement for all pre-bookings. The OnePlus 7 series will launch in simultaneous launch events in New York, London and Bengaluru on May 14. For those who won’t be able to attend the launch, OnePlus will let you witness the event through the live streaming link here starting 8:15 PM IST on May 14th.