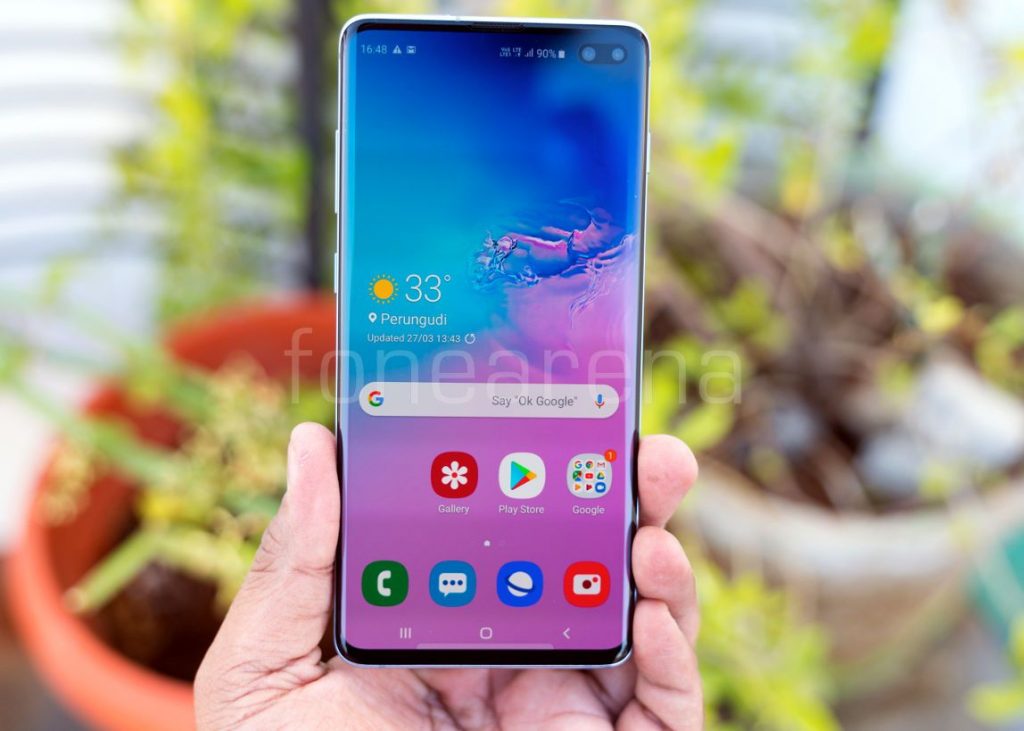 For 2019, Samsung went all out and launched 3 new flagship devices — S10, S10e and the S10+. The S10+ is the most impressive device from the line up, and we check out in this Galaxy S10 Plus review if the new Samsung flagship is worth your money.

We got our hands on the Indian version of the device SM-G975F/DS which is a Dual SIM version powered by Samsung’s Exynos chipset.

The retail version of the S10+ ships with the following contents. The phone ships with a factory installed screen protector in India. 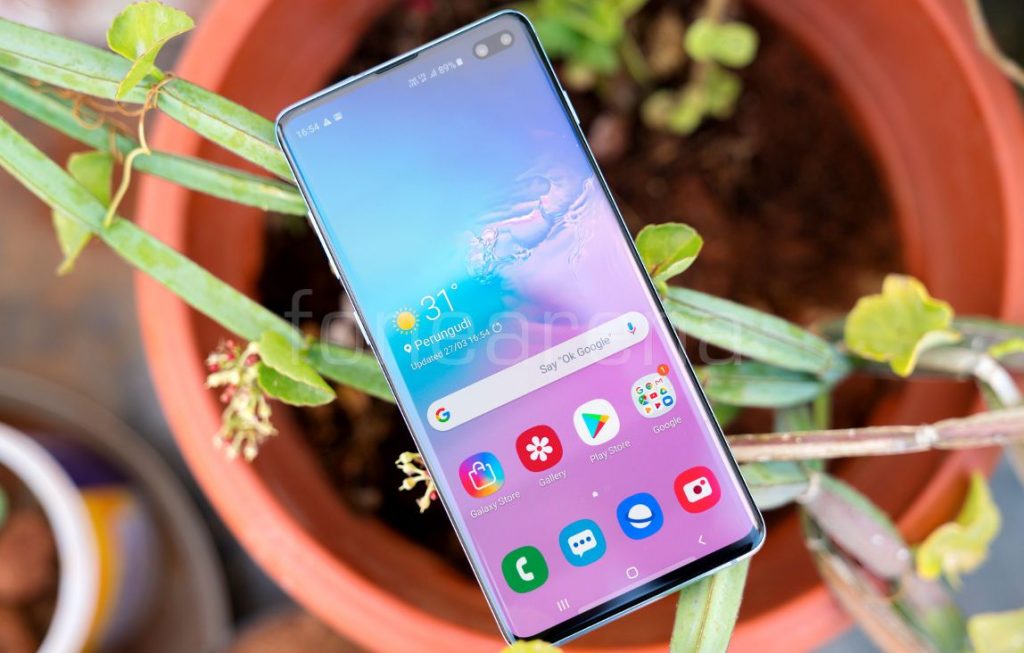 The front is dominated by the gorgeous 6.4-inch Quad HD+ Dynamic AMOLED display. Samsung decided to go with an interesting design for the notch for the front facing cameras. When I first saw the initial photos of the device, I really didn’t like this approach and I thought it will create some unpleasant feeling while the device is being used. After spending some quality time with the device, I can say that the Infinity-O display isn’t too bad after all. While I personally prefer water drop notches for the symmetry, this approach makes dual front cameras possible 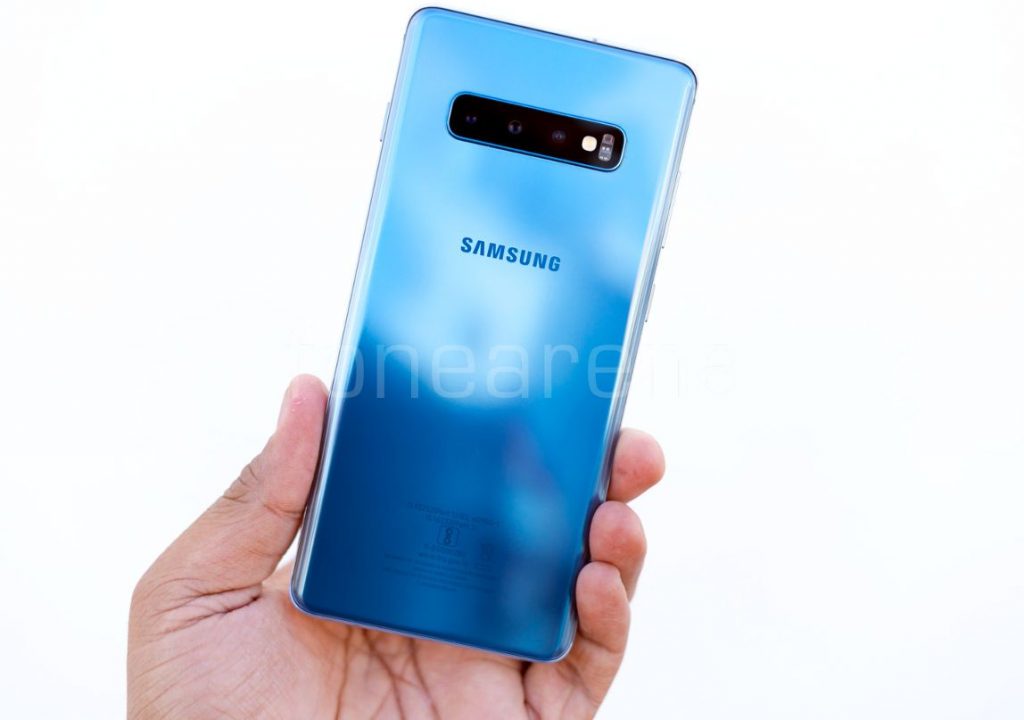 Going over to the back, the main story is about the triple camera setup. Next to the camera sensors you have the LED flash and the hear rate sensor.

Despite the large battery and the in-screen fingerprint sensor, the phone is only about 7.8mm thick. The phone weighs 175g but thanks to the large area, doesn’t feel heavy in the hand. 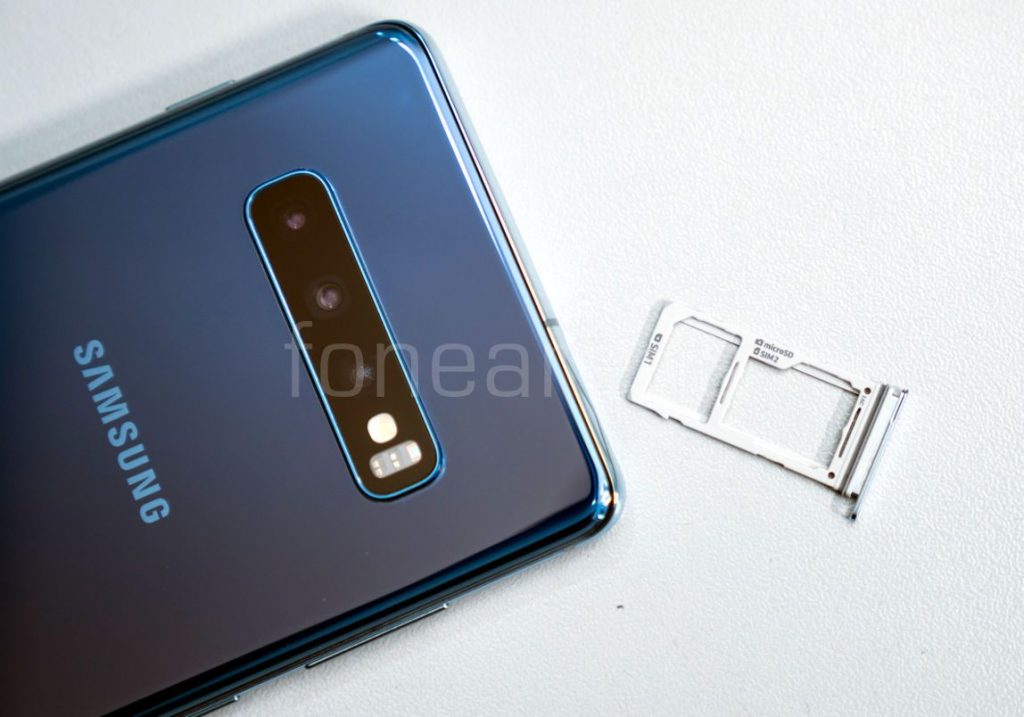 This uses a hybrid SIM slot that accepts two nano SIMs or a nano SIM and a microSD. 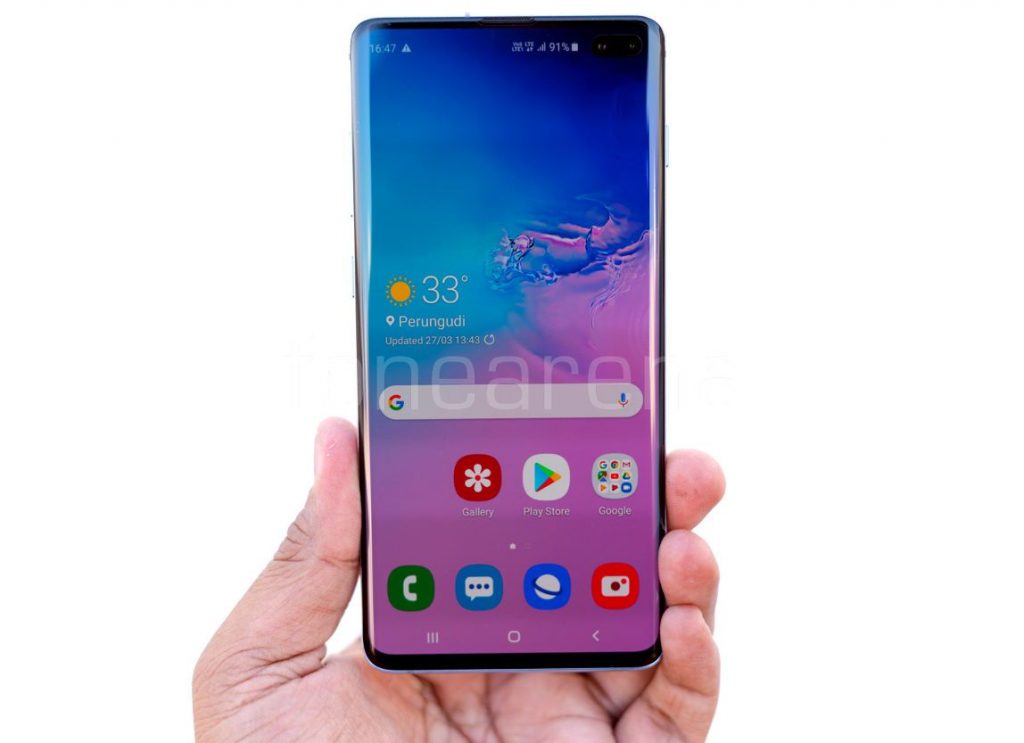 If you need one reason to buy the Galaxy S10+ it has to be the breathtaking display which proves Samsung’s lead in the display business. The display has been rated as one of the best ever in a smartphone by folks at DisplayMate. 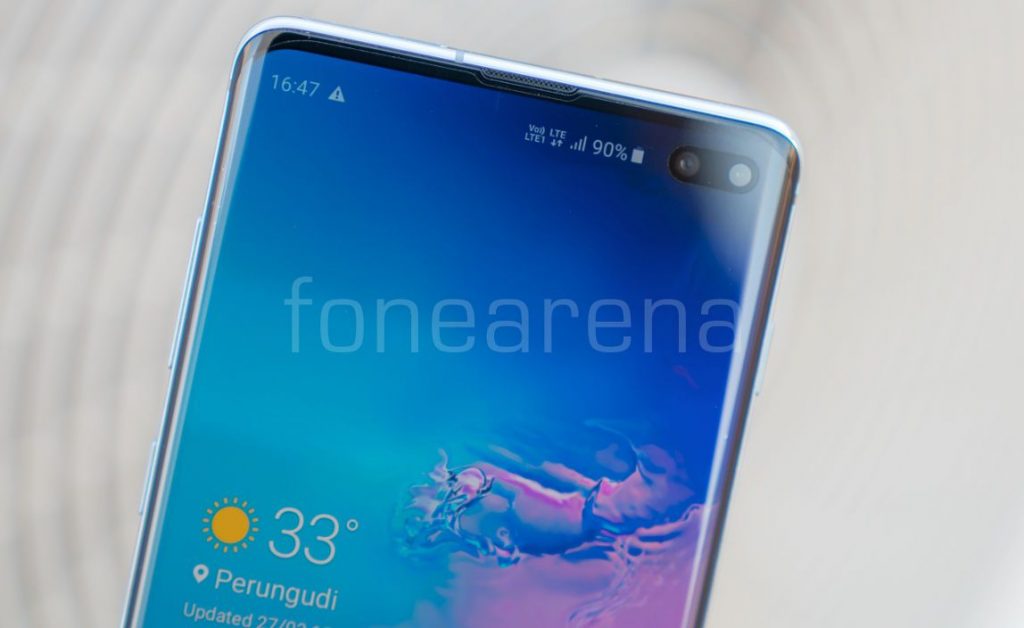 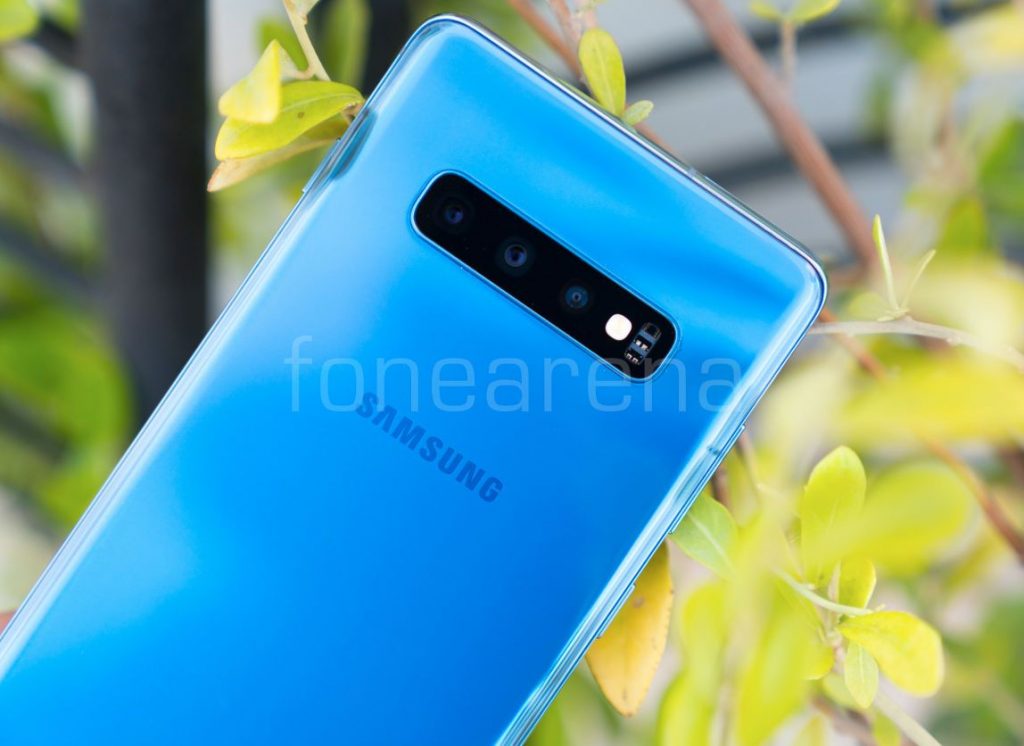 The camera is one of the big upgrades on the S10+ from the S9+, and while the camera does produce impressive results in day light, the low light performance is not as good as the competition. The wide-angle mode is something I personally love using and it lets you capture and amazing amount of detail in a single shot. 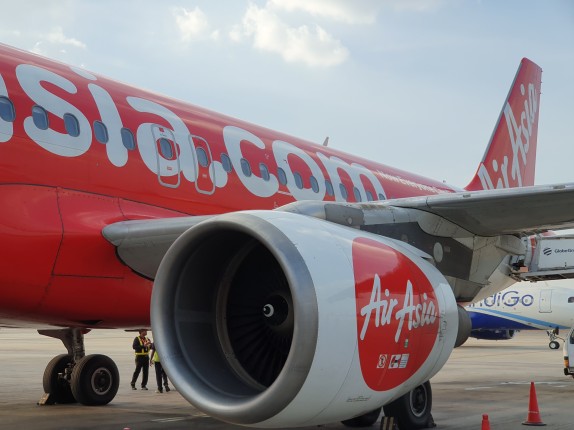 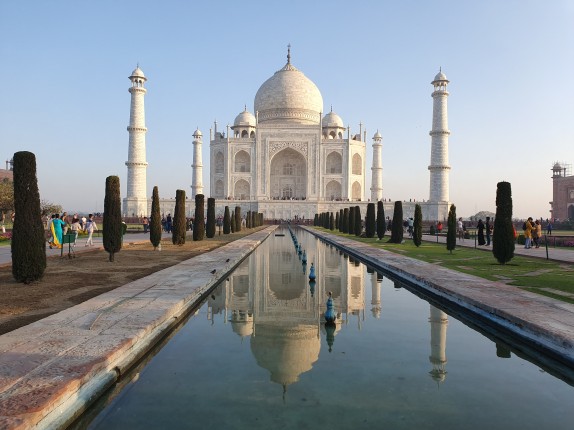 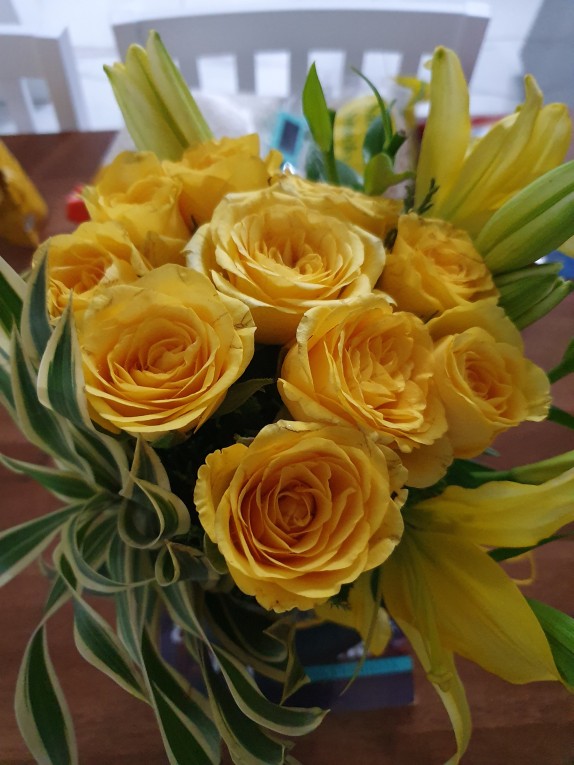 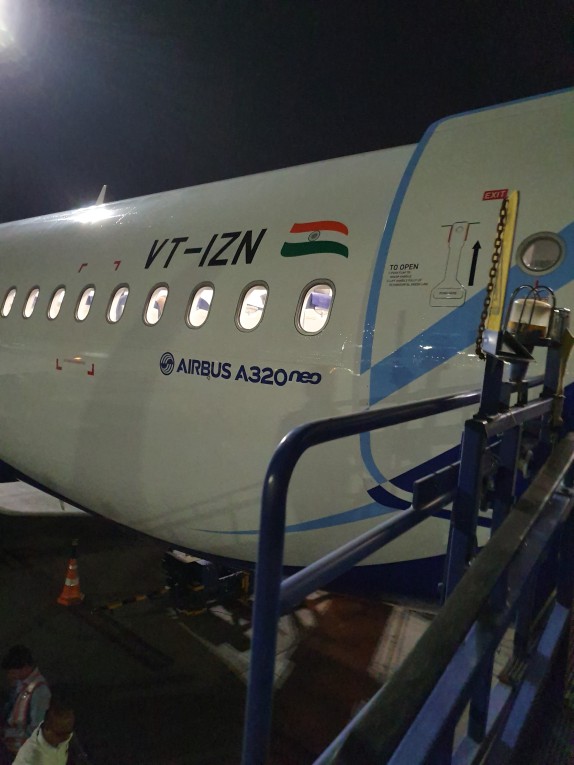 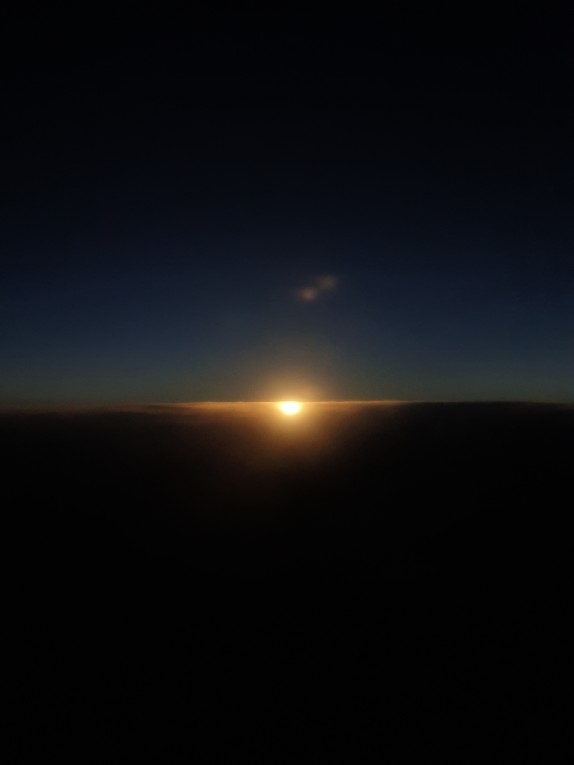 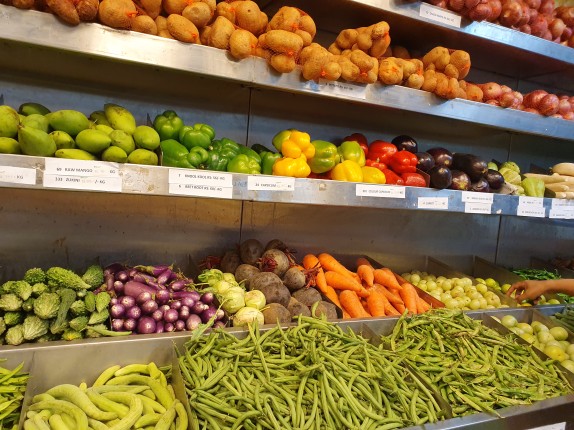 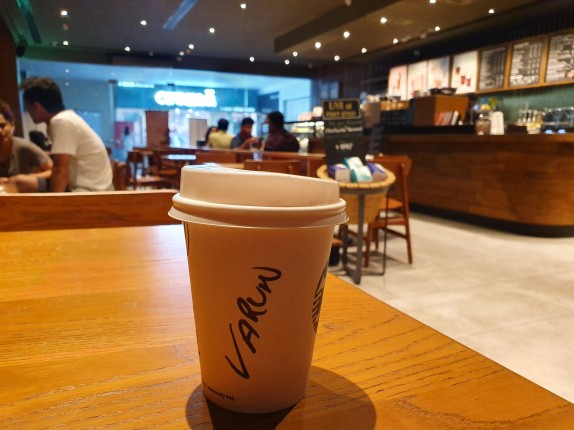 You can get wider selfies or narrower ones pretty easily along with a beauty filter if you wish to lighten the skin tone. There is a 10MP Dual Pixel AF F1.9 (80°) front camera paired with a 8MP F2.2 (90°) depth camera.

The camera has several modes including Pro, Food, Pano and Live Focus. There is even an Instagram mode integrated into the Camera. Video supports Dual OIS and slow-mo, super slow-mo and hyperlapse modes. 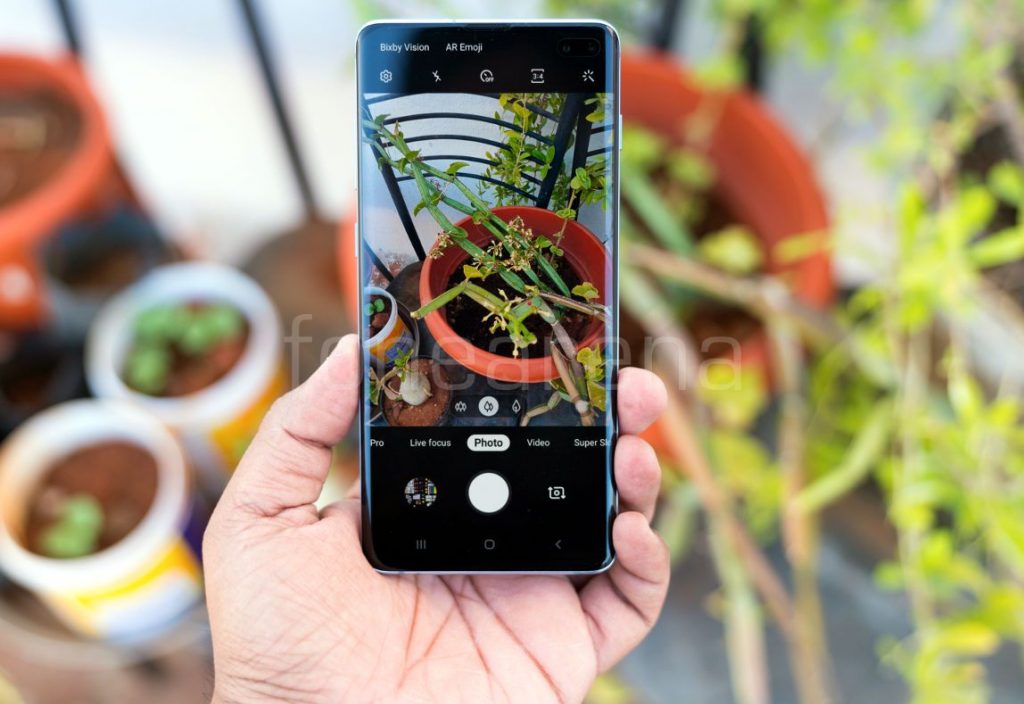 It packs a 4100mAh battery and charges faster over wired and wireless charging.The new Wireless PowerShare feature lets  you charge other devices which is a nice touch. 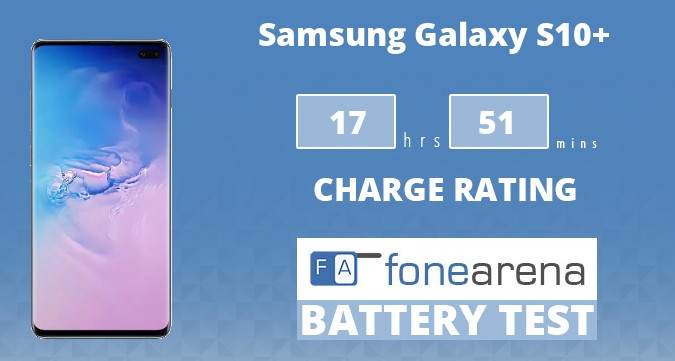 It achieved One Charge rating of 17 hours and 51 minutes. Since it comes with adaptive fast charging, it can charge from 0 to 50% in 34 minutes, and 0 to 100% takes about one and half hours.

The S10+ is no slouch in terms of performance and comes fully loaded in the specs department. The S10+ ships with 8GB RAM out of the box. Samsung ships a Snapdragon 855 powered device in certain markets and an Exynos 9820 powered device in most markets. As always, India gets the Exynos version. There is 128GB of built-in storage out of which 100GB is user accessible. You can expand the store up to 512GB with a microSD card. The company also sells 512GB and 1TB Ceramic Editions in India. 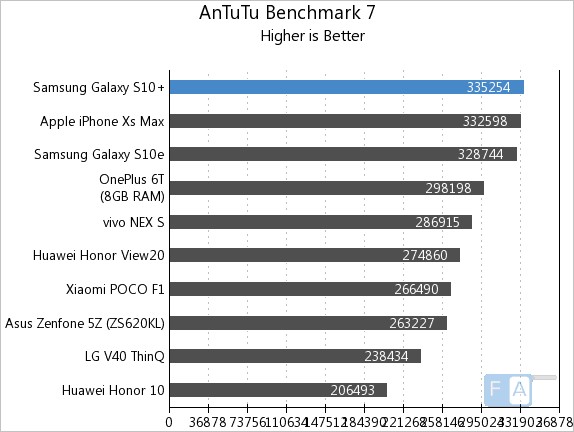 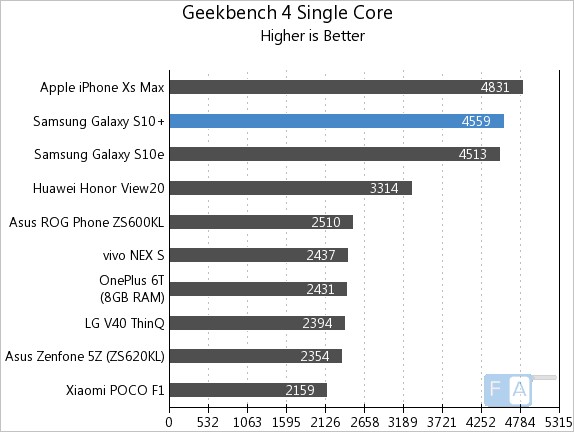 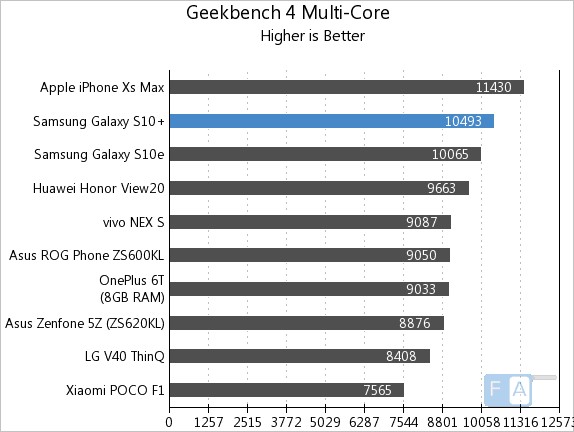 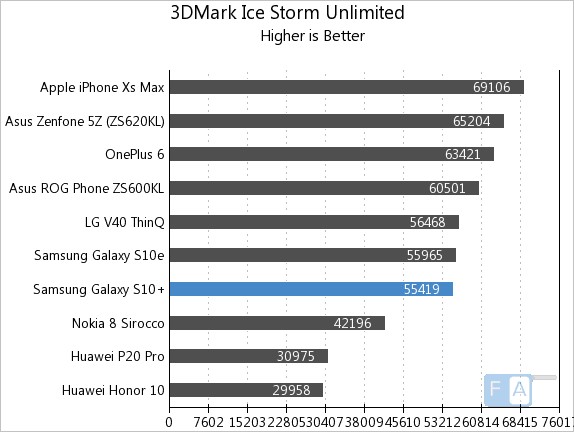 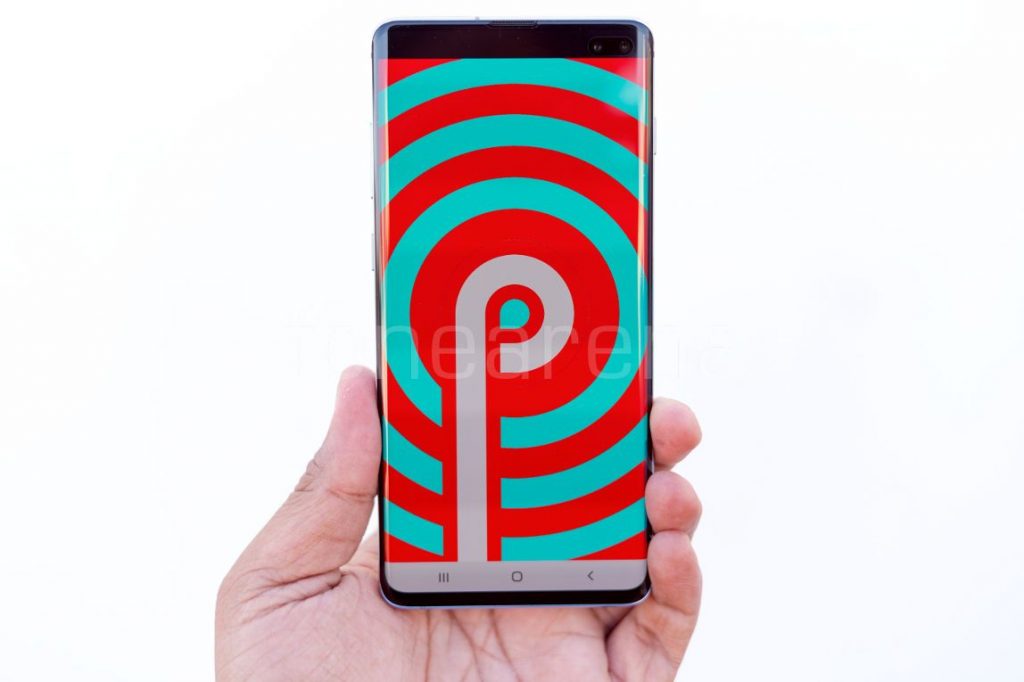 The UI has been improved tremendously and there is little or no lag. With the Android 9.0 (Pie), Samsung has introduced One UI that is aimed at making the navigation much easier and designed around how we use our phones in the day-to-day.

The phone runs One UI 1.1, which replaces the Experience UI from the older Samsung phones running Android Oreo. This also brings improvements to Always On Display, reorganized settings menu to make settings easier to find, new Biby features and lots more. You can also remap the Bixby button finally.

One of my favourite features on the Galaxy S series has been Samsung Pay which lets you store your credit cards from a number of banks on your phone and use your phone like a wallet. AMEX, Citi, Axis, HDFC,  ICICI, SBI, SCB, DBS, Indus Ind, Kotak Mahindra and YesBank are supported. UPI and wallets are also supported.  With Samsung Pay you can pay using your phone at any Point of Sale terminal without any special tricks.  This is one feature which makes the Galaxy S10+ and other Galaxy S series phones stand out of the competition.  In fact there is no competition to Samsung Pay as it uses a proprietary solution MST (Magnetic Secure Transmission) to simulate the swiping of a card.

So Should you buy the Galaxy S10 Plus ?

You can get it for the display, camera, overall performance. It is one of the best devices launched by Samsung till date.

I would recommend the S10+ over the S10 as you are getting more value
The S10e though is a great lower priced alternative.

With Inputs from Srivatsan and Photography by Siraj