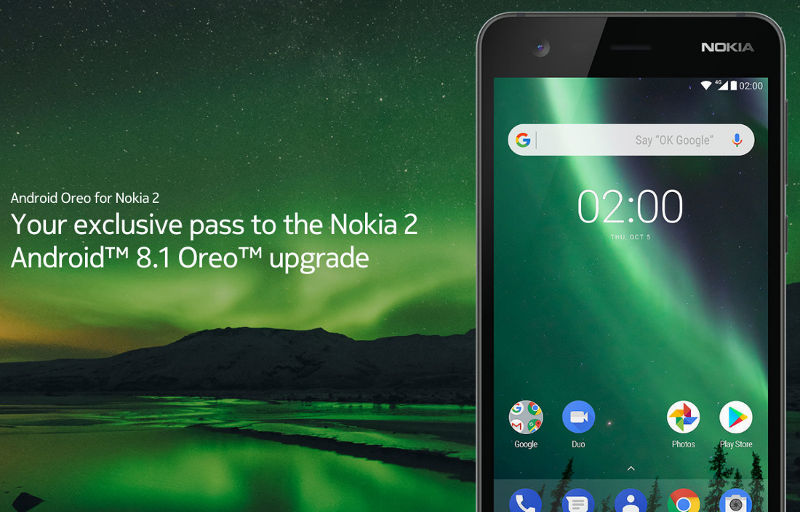 HMD Global has finally released Android Oreo update for the Nokia 2 smartphone, as it had promised. Nokia 2 was launched in 2017 running Android 7.1.1 (Nougat) OS, later the company said that the phone will get Android 8.1 Oreo update directly skipping 8.0 update, but it cannot be moved to Android Oreo (Go Edition) program since it was launched with Android.

The company has worked extensively with Google and Qualcomm to enable Android Oreo for Nokia 2. Since Oreo requires more from the system than Nougat, there is a trade off on snappiness of the experience compared to Android Nougat, so it is providing the update option manual for those who desperately need the update.

The company has confirmed that for new users, it is currently unable to offer Android Oreo for Nokia 2 to the following operators and/or countries: