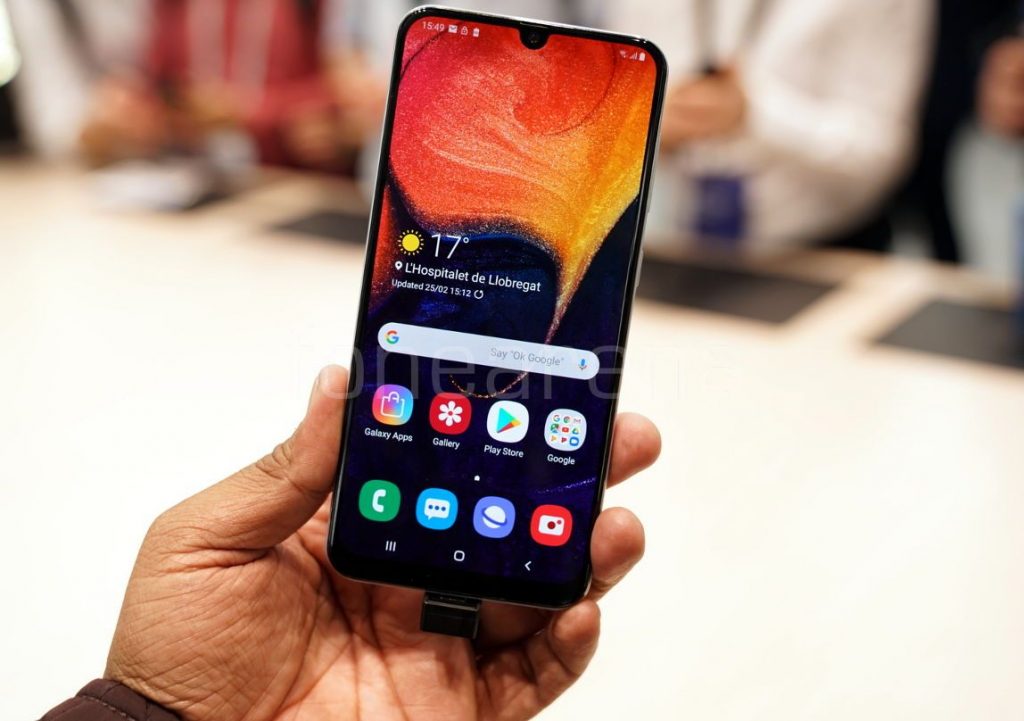 At the MWC 2019 event, Samsung has introduced the Galaxy A50 phone in the company’s latest A-series smartphone for this year.  It is also the first mid-range smartphone from Samsung to feature an in-display fingerprint scanner. Here we bring you Hands On and Photo Gallery of the phone.

It has a 6.4-inch Full HD+ Infinity-U Super AMOLED display and offers a humongous 4000mAh battery. It is powered by the latest Exynos 7 Series 9610 10nm processor with Mali-G72 GPU, 6GB of RAM and runs Android Pie. 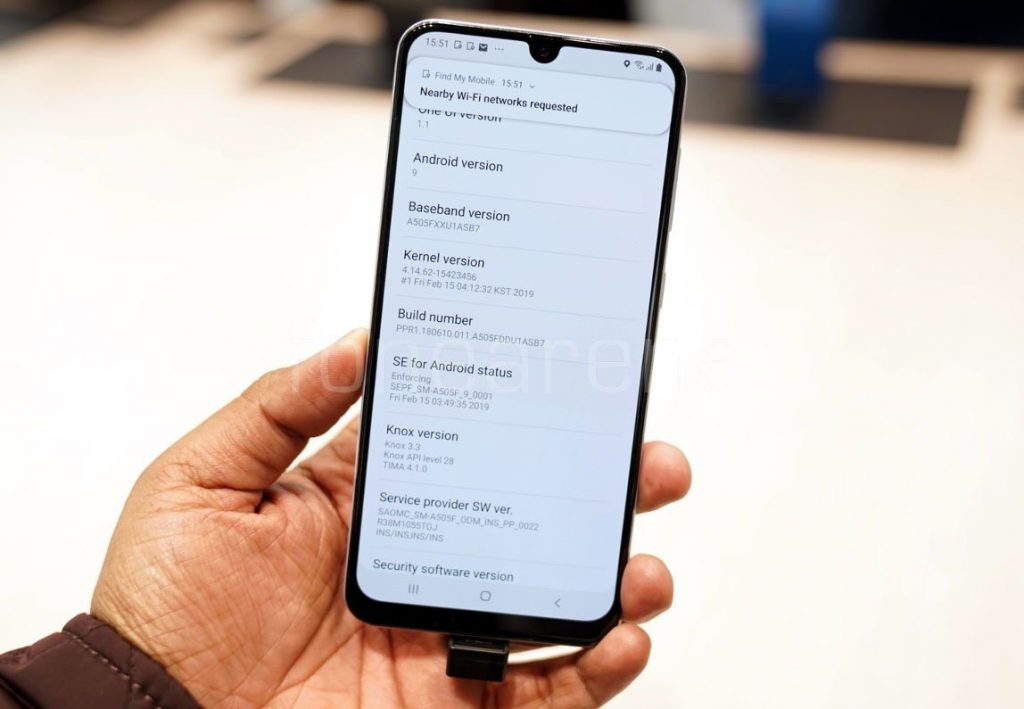 On the storage front, it comes with 4GB RAM with 64GB storage / 6GB RAM with 128GB Storage, expandable up to 512GB via micro SD card. The phone features an in-display Fingerprint sensor. As for the camera, it has triple rear camera setup which consists of a 25MP sensor with LED flash, f/1.7 aperture, 5MP depth sensor with f/2.2 aperture, 8MP ultra-wide angle camera with f/2.2 aperture.

On the right, you have the power and volume rocker buttons which are tactile and offer good feedback. While on the left, there is a SIM tray. 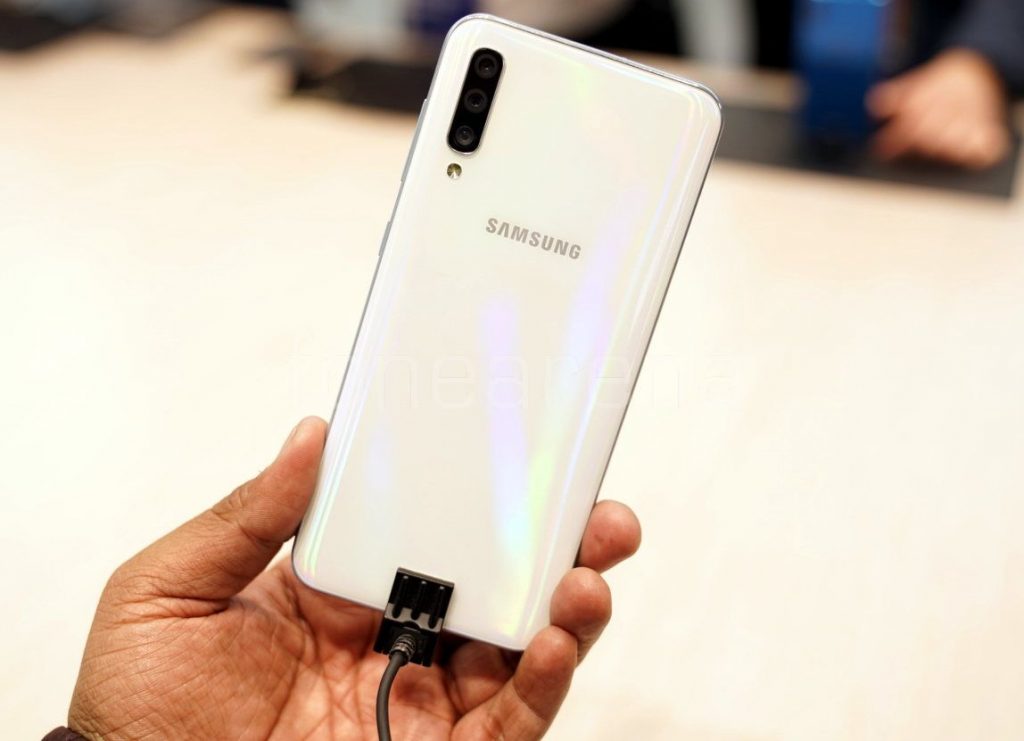 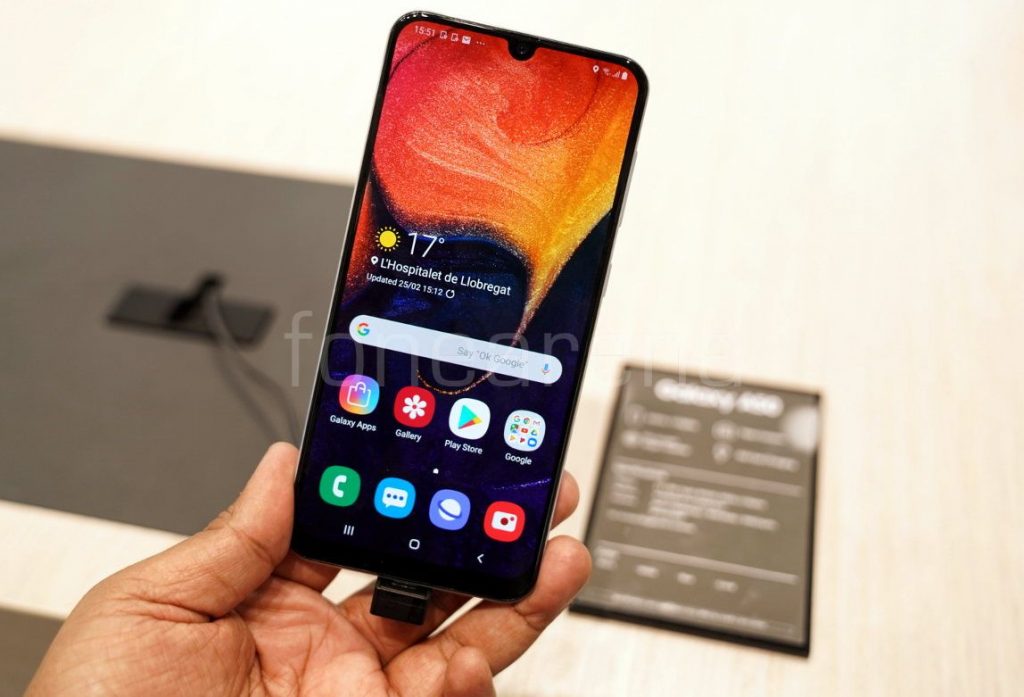 The Samsung Galaxy A50 comes in Black, White, Blue and Coral colors and will go on sale in mid-March in Netherlands and few other European countries starting at 349 Euros (Rs. 28,175 approx.). We should know the price when it goes on sale in India soon.