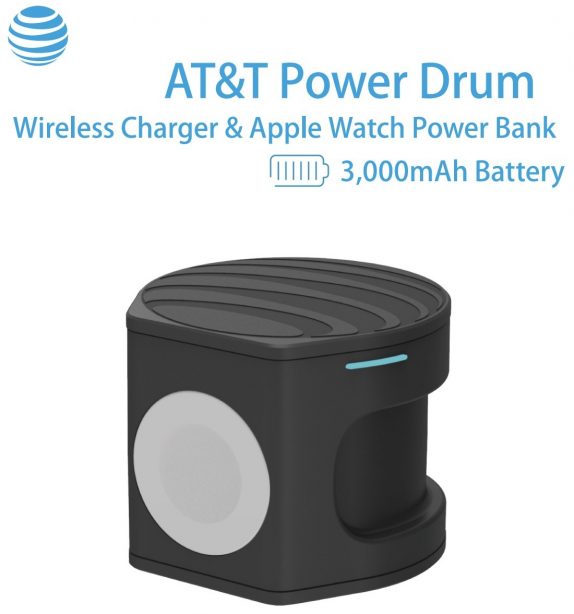 Apple’s AirPower has no trace of launching anytime soon, but third-party vendors consistently launching their own AirPower like charging pads for Apple products. New to join the list is the AT&T’s multipurpose Power Drum that has surfaced on the FCC.

Apart from just the FCC, the device is also confirmed with the Qi Wireless Power Consortium. This wireless charging accessory from AT&T can simultaneously charge Apple Watch and iPhone, up to 7.5W. It packs a 3000mAh battery for portable charging. The listing reads that it is compatible with Apple Watch 2, 3, and 1st generation. 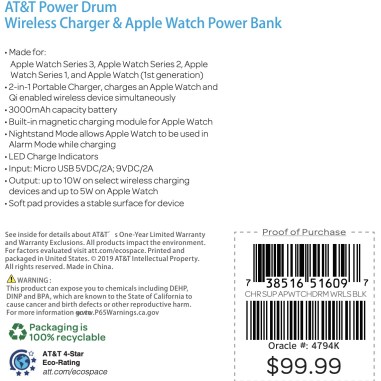 It comes with a built-in magnetic charging module for Apple Watch and the nightstand mode allows Apple Watch to be used in alarm mode while charging. It has LED indicators and has an output of upto 10W on selected wireless charging devices and 5W on Apple Watch. The AT&T Drums has the price of $99.99 and no details regarding its launch is known at the moment.