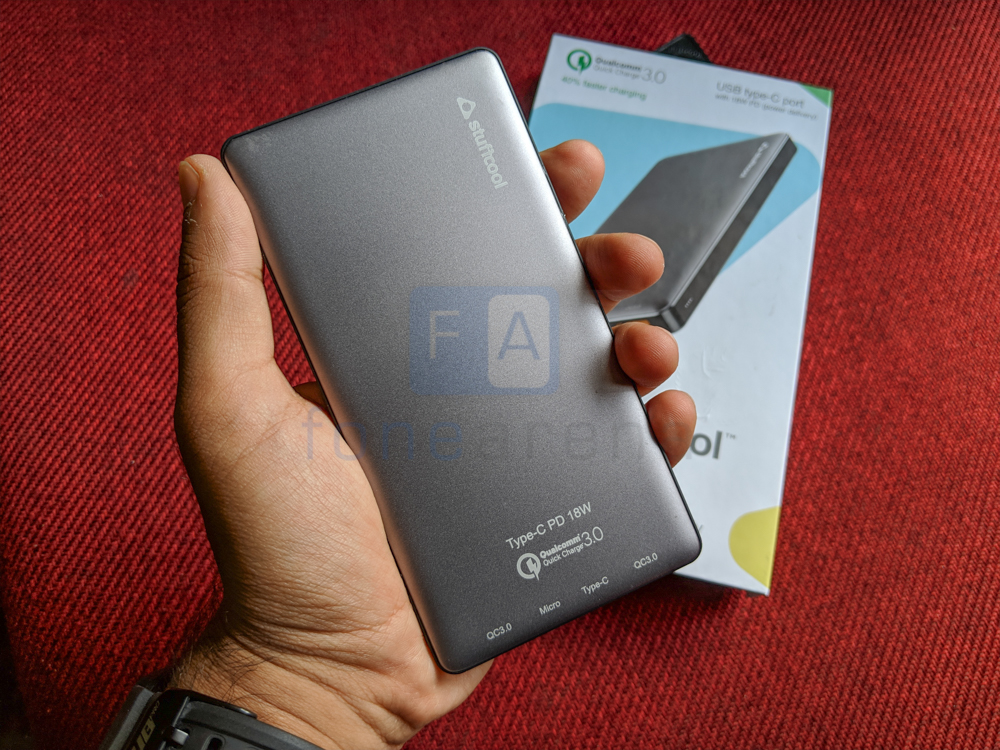 There’s no dearth of power banks on the market. From dirt cheap (and not really recommended) no-name models to Xiaomi’s well regarded and still affordable battery packs. As Stuffcool enters this fairly crowded segment, they’ll have to offer something truly unique. Good thing then that the Stuffcool 10,000 mAh  720PD Power Bank offers a veritable cornucopia of features that makes it a very interesting product. Check out our review to read more about it.

The Stuffcool 720PD is as staid and straightforward as power banks come. The shell is predominantly aluminium with some very minimal branding and labelling at the front. Over at the back is requisite certification information. All around the sides running a black plastic frame that is nice and grippy. 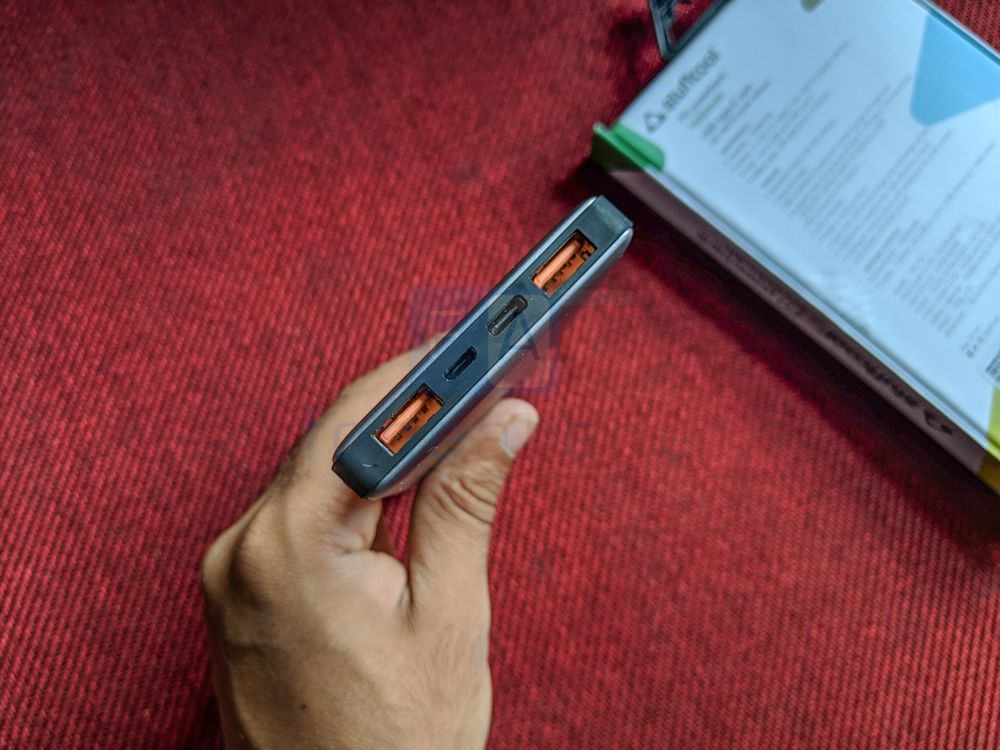 The left side sports a single button while on the right are four LEDs that indicate the current status of the battery. Coming to the charging ports, there’s more than a few on offer. Between two full-size USB ports, a micro USB port and even a Type C connector, it is fair to say that you can charge practically any modern electronic device with the Stuffcool 720PD. The entire construction of the Stuffcool 720PD Power Bank is metal which attracts scuffs, and we found it really hard to keep it clean during our testing. 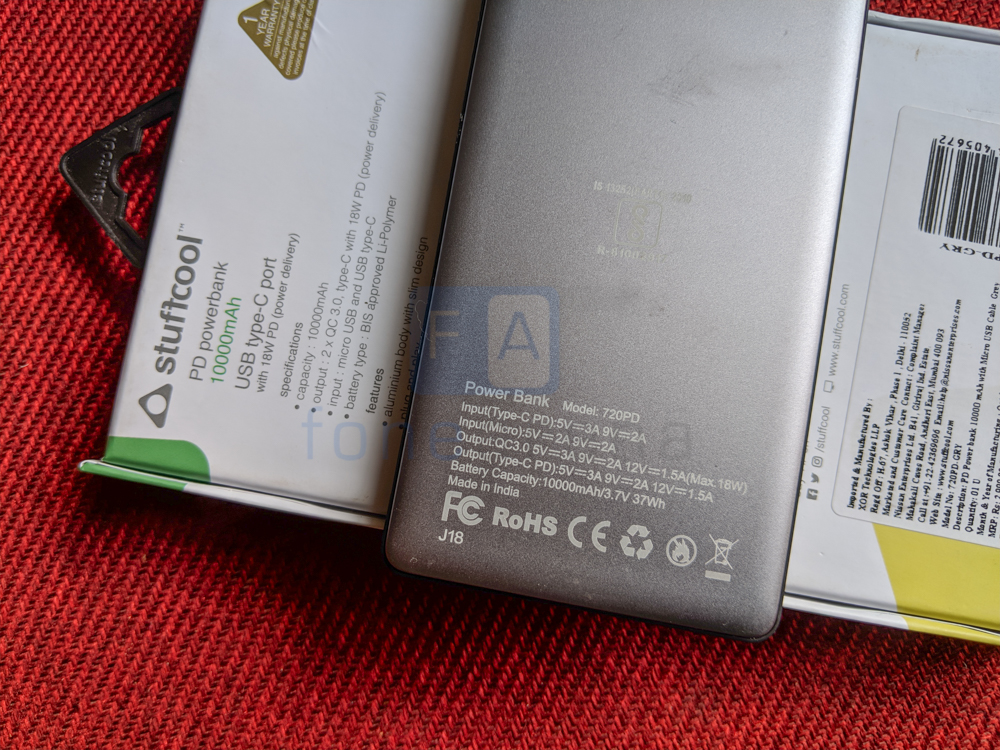 The two full-size USB ports both support Quick Charge 3.0 which can go from 5V/3A to 9V/2A and 12V/1.5A up to a maximum of 18W. Meanwhile, the USB PD support on the Type C port supports 5V/3A, 9V/2A and 12V/1.5A. The power bank supports charging over USB PD from the Type C port as well as via the microUSB port. Charging speeds for the power bank top off at 9V/2A from either port. Yes, you can use all the output ports simultaneously but the power bank doesn’t support Quick Charge on all at the same time. It took us about 3 hours to fully charge the power bank. 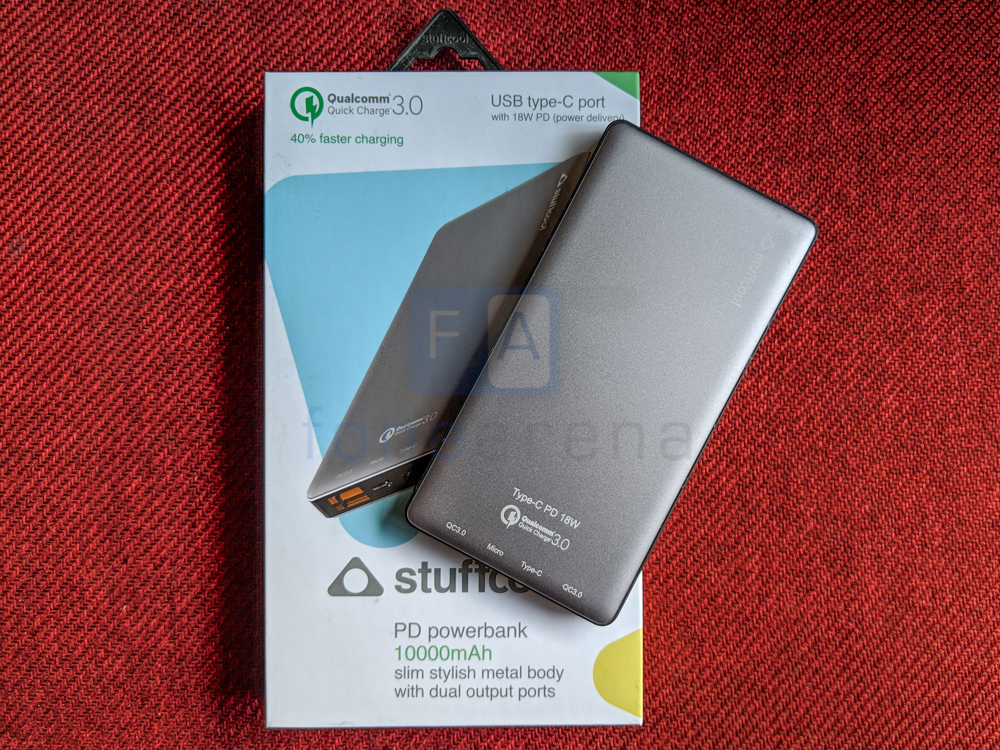 Priced at Rs. 2,999 and available for a bit lesser than that on Amazon.in., the Stuffcool 720PD isn’t the cheapest 10,000 mAh power bank around. For your money though, you get the fastest possible charging speeds in a power bank as well as the most robust port selection. No matter what device you are trying to charge, the Stuffcool 720PD will charge it at the fastest speeds possible which makes it more than worth the price in our opinion.