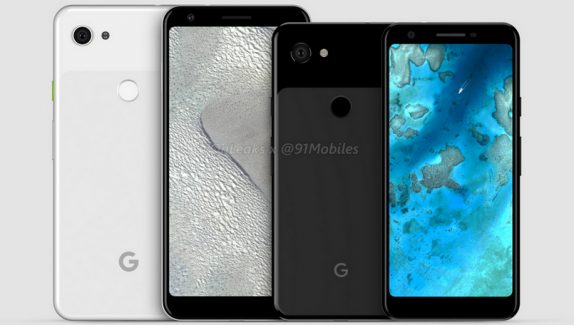 The Lite versions will also come with 18:9 bezel-less designs (without the notch) as well as a dual-tone finish on the rear. However, unlike the original Pixel 3, the Lite versions come with noticeable bezels on the left and right sides and aren’t truly edge-to-edge. There’s only one speaker, unlike the dual on Pixel 3 series and instead of dual selfie cameras, the Pixel 3 Lite and Pixel 3 XL features a single selfie snapper. 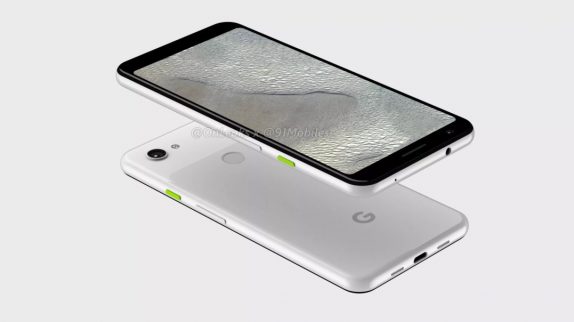 Surprisingly, there’s the 3.5mm audio jack on the top, the SIM tray is available on the left,  the USB Type-C port can be found on the bottom, between the speaker grilles. Both the Pixel 3 Lite and 3 Lite XL will carry the same single camera sensor on the back along with a fingerprint reader. Another major difference is that the Pixel 3 Lite and 3 Lite XL will have a plastic build rather than glass design.

As for specifications;  the Pixel 3 Lite sports a 5.56-inch IPS-display, while a 6/.63-inch for the Pixel 3 Lite XL with a resolution of 2220 × 1080 pixels and is powered by the Qualcomm Snapdragon 670 10nm Octa-Core processor with the Adreno 615 graphics chip, supports UFS 2.1 and eMMC 5.1 flash memory. RAM in the smartphone 4 GB, built-in 32 GB. It packs a 2915 mAh with support for Quick Charge 4. We should know more details once the company officially starts teasing it.