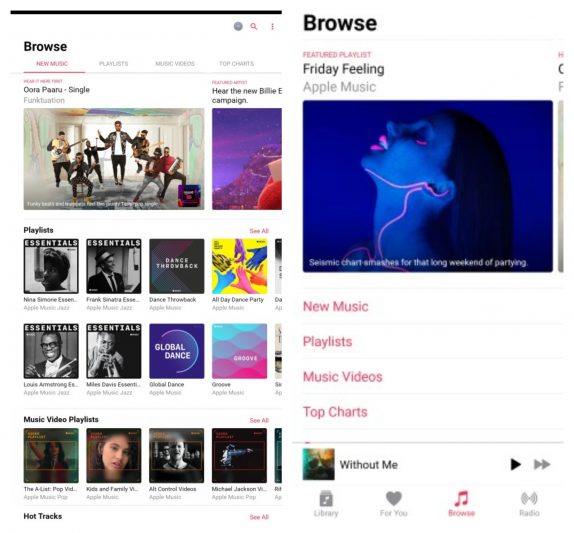 Apple Music for Android is getting a new beta update which brings a new bottom navigation bar, instead of the hamburger menu for navigation. The update also finally brings support for tablets and the app adapts to bigger screens.

The update brings performance related improvements for images and audio playback and various bug fixes. Despite being an Apple product, Apple Music for Android is quickly gaining new features, it started partial Google Assistant integration and previously made it work with Android Auto. This new update brings the version number to 2.7.o. You can either sign up for beta testing on Play Store or download the APK and side-load it.

Tablet Support: Enjoy Apple Music with an experience designed for a wider range of Android devices.