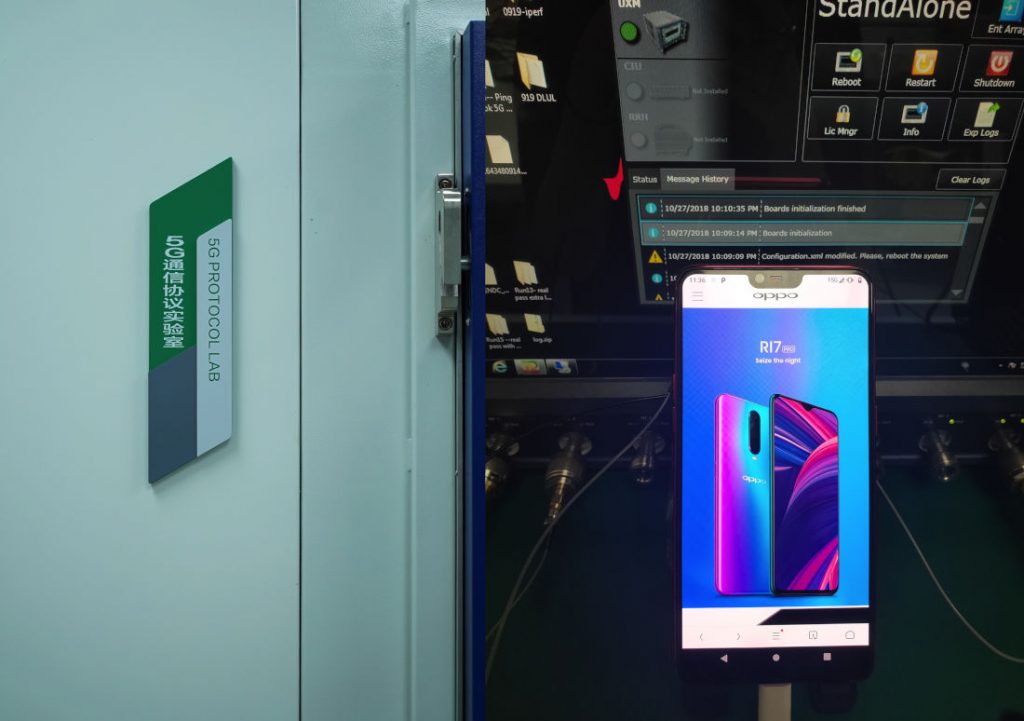 OPPO has announced that it has successfully completed 5G Internet access for the first time on a mobile phone, and said that it has laid a solid foundation for commercially launching 5G phones next year. This was announced by Brain Shen, OPPO Global Vice President and President of China Business Department on Sina Weibo on October 27th.

OPPO’s VP detailed how OPPO made the connection successfully between an R15 smartphone terminal and the 5G network, in their 5G communication protocol laboratory environment. The connection was carried out on a pre-commercially available 5G smartphone developed on the basis of OPPO R15. It was customized with fully integrated 5G components including System board, RF, RFFE and antenna. The “5G” logo also appeared in the top right corner of the screen.

As a pioneer of 5G, OPPO said that it is committed to be one of the key contributors to the 5G standard and has become an important promoter of 5G product development and commercialization. Brain stated they would strive to become the first brand to release real commercial 5G smartphones as well.

Recently at the Beijing 2018 Qualcomm China Technology and Cooperation Summit, OPPO announced the partnership with the Qualcomm Technologies’, also known as “5G Pilot” program to jointly explore mobile technology innovations in the 5G network. Later, OPPO Research Institute was unveiled to comprehensively enhance the company’s technological innovation and research capabilities. This will facilitate the pre-research of core technology based on the user’s needs or even more, to create technical qualification for the company’s future product competitiveness. The OPPO Research Institute is headquartered in Shenzhen with other R&D centers in Beijing, Shanghai, Yokohama, and Silicon Valley.

Ubiquitous Reality will be the first phase of 5G-supported application scenarios. Virtual and alternative reality will give users a fully immersive subversive experience. Through ubiquitous real-world applications, users will experience many 5G-specific application scenarios such as 3D video calls, online games, AR selfies, and AR shopping. This demonstration would be a milestone for the whole process. The 5G team will continue to make new progress and achievements, and also showcase our expertise in mobile phone design technology.

Last week OnePlus said that it will launch 5G smartphones next year. Qualcomm president Cristiano Amon said that the Qualcomm is expecting at least two major flagships with 5G radio next year, with the first one within the first half of the year, and the other in the holiday season.

OPPO said that it will accelerate the development of 5G smartphones and lay a solid foundation for the release of commercially available 5G smartphones in 2019.