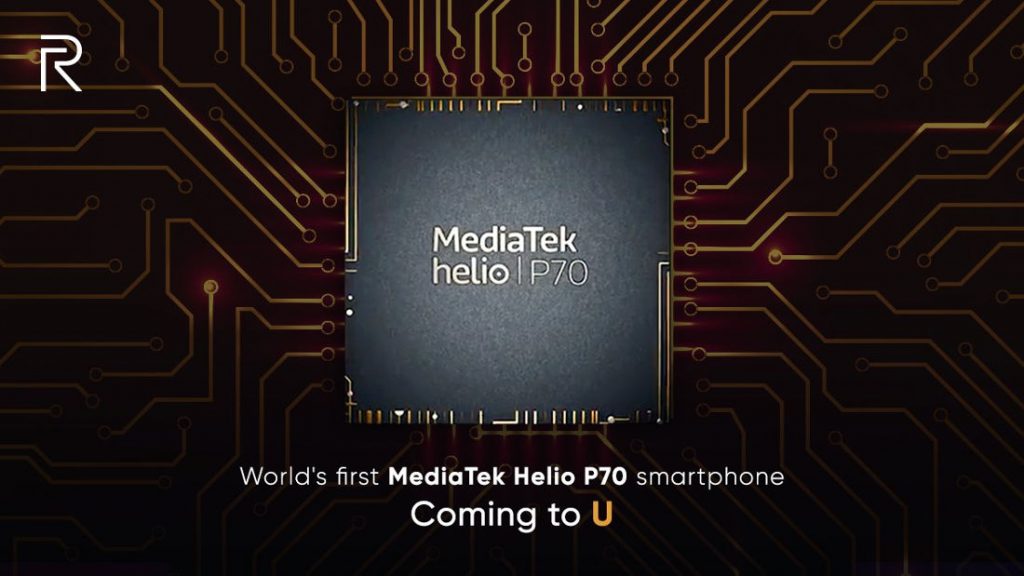 Update – November 16, 2018: Realme today announced that the first MediaTek Helio P70-powered smartphone will launch under new ‘U series’. Since the company has started teasing it might be launched in December.

Yes, it’s coming. #Realme is bringing to you world’s first #MediaTekHelioP70 smartphone with our brand-new U series product. Are U excited? @MediaTek pic.twitter.com/87xBltHsdo 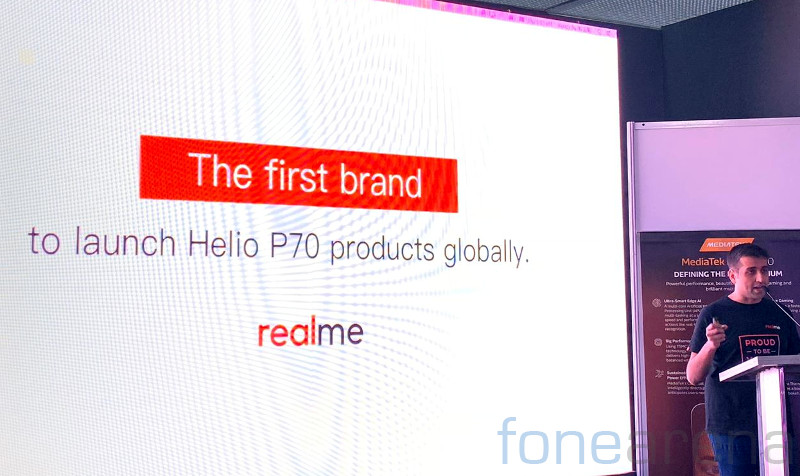 Earlier: MediaTek introduced the MediaTek Helio P70 SoC yesterday. At the MediaTek event today at the India Mobile Congress (IMC) 2018, Realme has confirmed that it will be the first brand to launch MediaTek Helio P70-powered smartphones globally. “The next Realme will be powered by P70 and it is coming soon,” said Madhav Seth, Chief Executive Officer, Realme India.

Realme India CEO at the event said that Realme 1 did very well achieving 4.5 out of 5 stars as an average rating on Amazon.in. Realme 1 was powered by MediaTek Helio P60, which is the P70’s predecessor, however the company went with Snapdragon 450 for the Realme 2 and the Snapdragon 660 for the Realme 2 Pro that were launched recently.

The MediaTek Helio P70 is based on the same TSMC’s 12nm FinFET technology as the predecessor, but this comes with multi-core APU operating at up to 525 MHz for fast and efficient edge-AI processing. The AI engine promises a 10 to 30% AI processing boost compared to the Helio P60.

It has a slightly over clocked ARM Cortex-A73 2.1 GHz CPUs and four ARM Cortex-A53 2.0 GHz CPUs in an Octa-core big.LITTLE configuration as the P60. It has ARM Mali-G72 MP3 GPU operating at up to 900 MHz, which promises a 13% performance improvement, compared to the Helio P60. “In popular games that frequently generate a heavy load across the SoC, the P70 provides 7% better DOU and up to 35% lower power versus the P60,” says the company. It has support for 20:9 displays at Full HD+ resolution.

MediaTek already confirmed that Helio P70-powered smartphones are expected from next month, as it is already in production. Can we see the next Realme smartphone within this year? We will know soon.

With inputs from Bharadwaj Chandramouli