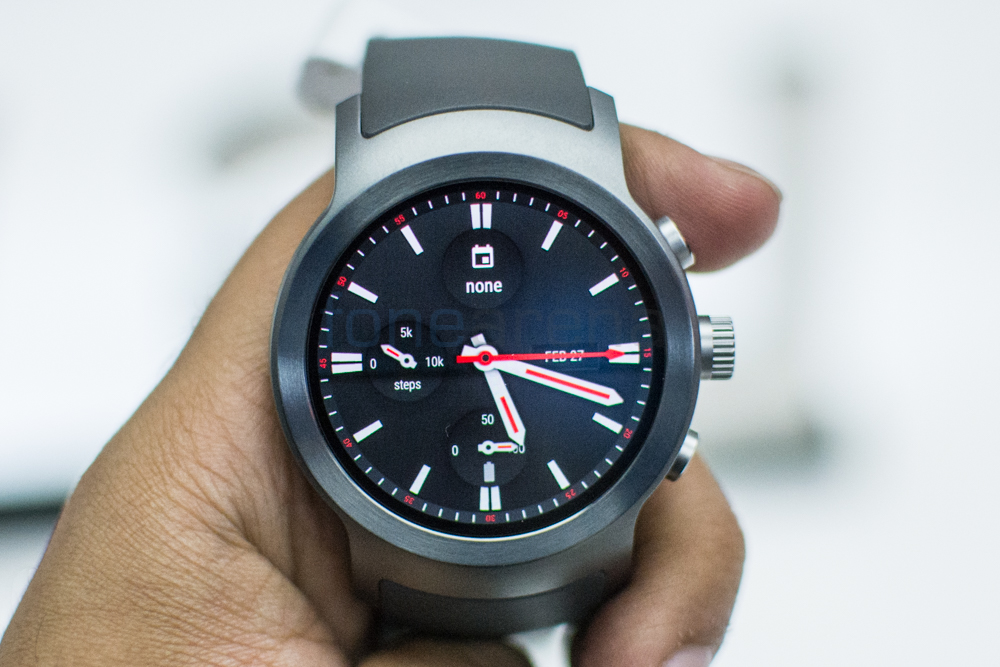 LG is said to introduce the V40 flagship on October 3rd and along with the flagship smartphone the company is also rumored to announce the LG Watch Timepiece which has been in the news for a while. It will be the first LG wearable to run Wear OS out of the box.

The LG Watch Timepiece said to combine a contemporary operating system and apps with a mechanical clock setup, seeing to carter larger audience. It is said to pack a stainless steel body along with an IP68-resistance certification, precise quartz movement, and physical watch hands. This setup ensures both accurate time tracking and long battery life, and once the battery is dropped completely, it will still be able to continue tracking time for roughly four days.

Half a year later, this will launch alongside the LG V40 ThinQ as the LG Watch W7. https://t.co/vEXJ6BOvvG

It sports a circular 1.2-inch LCD panel with a resolution of 360 by 360 pixels amounting to a pixel density of 300 pixels per inch. It can display all watch faces from the PlayStore. it also measures 45.5 x 45.4 x 12.9 mm in size and will be shipping with a 22 mm silicone rubber strap. LG is also planning on launching a special-edition LG Watch Timepiece Plus that will come with both a silicone and metal strap.

It will have a 4GB eMMC storage, 768MB LPDDR3 RAM and powered by the Qualcomm’s Snapdragon 2100. As for connectivity, it will feature Wi-Fi 802.11 b/g/n and Bluetooth 4.2 for wireless connectivity, USB Type-C 2.0 port. It will come in two colors; New Aurora Black and Cloud Silver and should be priced between $250 to $350 price range. We should know more details once it goes official.