OnePlus has released the first OxygenOS Open Beta update for its flagship OnePlus 6 smartphone, which is based on the latest Android 9.0 (Pie) after several developer ROMs and closed beta. It brings gesture navigation for Android P, new multi-tasking menu and more. It also brings Gaming Mode 3.0 and new Do Not Disturb mode with adjustable settings. 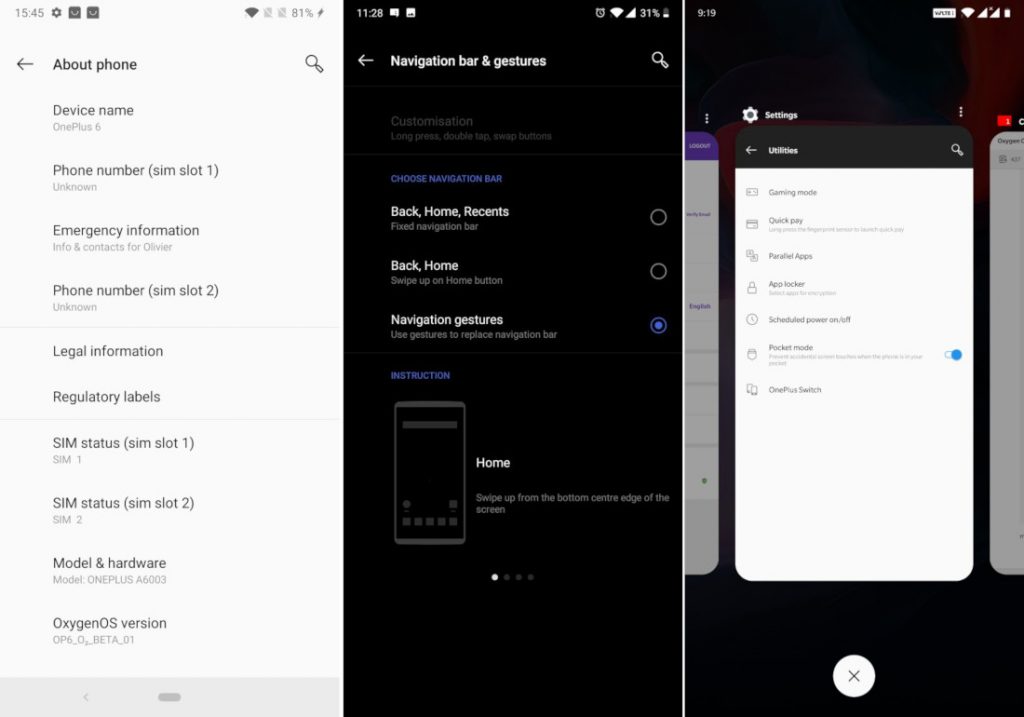 You can download the OnePlus 6 OxygenOS open beta ROM from here and update it directly from update settings easily. You can also roll back to stable anytime. OnePlus says that some applications may have issues since this is beta,  Google Pay service doesn’t work, and Google Play Store might show “Device is not Certified by Google” since this is still in beta.

OnePlus 6 will be the first OnePlus to get Android Pie stable update later this year, and the company said that it is working on the development of Android Pie for OnePlus 5/5T, 3/3T.